French President Macron is in Chad for the funeral of slain leader Idriss Deby Itno. Now France pins its hopes on the country's new leader Mahamat Idriss Deby, but that does not go down well with the opposition. 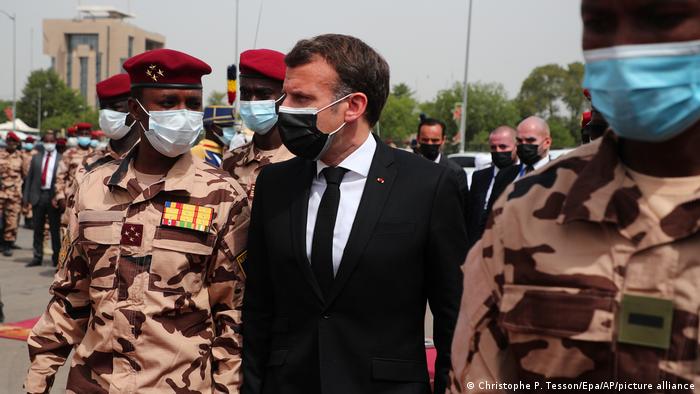 French President Emmanuel Macron and Chad's new head of state Mahamat Idriss Deby were seen sitting side by side at the state funeral of Chad's long-term ruler, Idriss Deby Itno.

Macron was the only Western head of state in attendance, alongside several African presidents.

"France will never let anyone, either today or tomorrow, challenge Chad's stability and integrity," Macron said at the ceremony, calling Deby a "friend" and "courageous leader."

Warming up to Deby Jr.

His words will not go down well with the country's beleaguered opposition, but Mauritanian analyst Ahmedou Ould Abdallah told DW he was "very happy that French President Emmanuel Macron could attend Deby's funeral to show respect and loyalty for a long-standing ally." 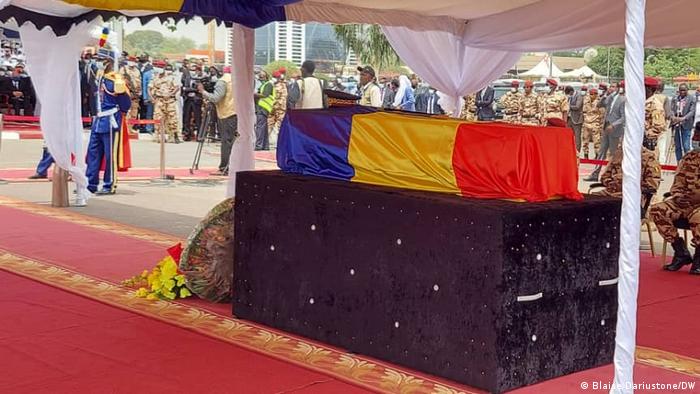 A state funeral for the late president was held in N'Djamena

Deby, who had been in power for three decades, was killed earlier this week while vising troops fighting rebels, according to a government spokesman.

France had long considered him one of its most important African allies and a bedrock in the fight against insurgents in the wider Sahel region.

After his arrival in the capital, N'Djamena, on Thursday, Macron had met with his successor Mahamat Idriss Deby, the former president's son and top military general, who took over as head of a military junta following his father's death.

France's backing of Deby and the absence of any criticism of the takeover — which included the suspension of the country's constitution and parliament — has raised criticism from the opposition and civil society. 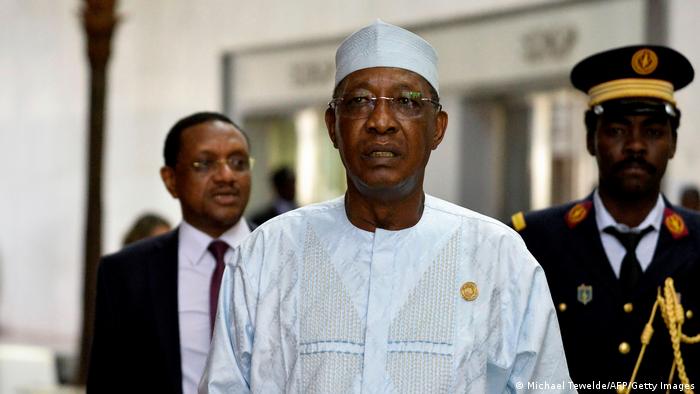 But analysts say that France's main interest in Chad is not democracy, but stability.

"They believe that instability could occur very quickly in Chad because of the divisions within the military and the existence of armed rebellions," Roland Marchal, a leading French expert on the Sahel region, told DW. "And therefore, you should avoid a [power] vacuum." 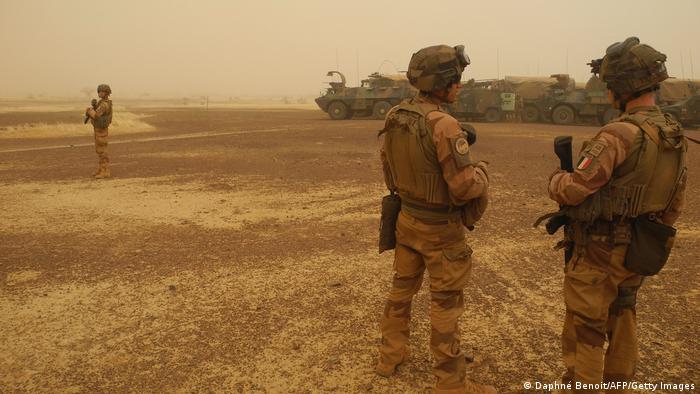 Some 5,100 French soldiers are based in Chad and operate in the region

Opposition parties have called for a joined dialogue with the military council on the way forward, but experts say that it's unlikely to come true any time soon.

"I doubt that the Zaghawa clan and the military council could accept that. Currently, mainly Zaghawas are at the helm and their target is to remain in power to continue benefiting from the natural resources of the country," Helga Dickow, a Sahel expert with Germany's Arnold Bergstraesser-Institute told DW.

That means that the new government might not be very different from the previous one. In his 30 years in power, former president Deby ran an autocratic regime that severely curtailed political freedom, cracked down on opponents and suppressed any form of dissent.

Critics do not expect France to apply much pressure on the new man at the top to behave differently. 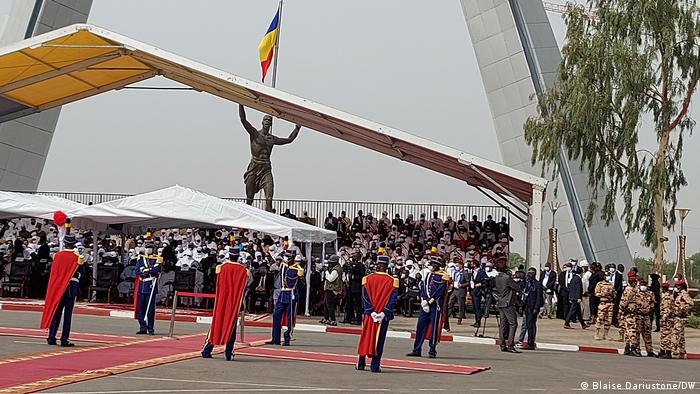 "We did not hear anything from France when the internet was blocked, when people were arrested and the most important opposition politicians decided to retreat from the presidential elections ... Now, after the death of Deby, I think they are mainly worried that the fight against terrorism will continue," analyst Seidick Abba told DW.

But experts point to the presence of EU Foreign Affairs Chief Josep Borrell, who also attended Deby's funeral, as a sign that France is not the only Western country backing Chad.

"The European Union came to support values such as human rights, political rights, and what they are doing now in Africa is just supporting a military coup," Marchal said.

"This is a military coup, where the son is coming to power after the father, just [like what we saw] in the 1960s," he added.