In April, Idriss Deby will vie for a sixth term as president of Chad. He could not have remained in power so long without being propped up by the former colonial power, DW's Eric Topona writes. 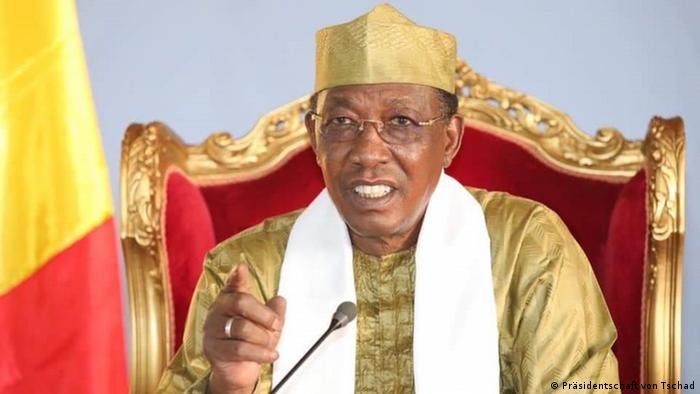 With the help of France, on December 1, 1990, Idriss Deby successfully toppled the government of Chadian President Hissene Habre, to whom he had long been loyal. The coup ended one of the bloodiest dictatorships on the African continent.

That day, Deby told the people of Chad, who had been yearning for justice, freedom and prosperity, that he would bring them not gold or silver but freedom and democracy. On April 11, Deby will be vying for a sixth term as president, with neither gold nor silver, nor democracy for that matter, in sight. 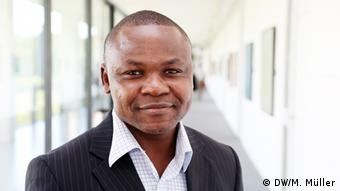 When Deby made his promise back in 1990, the world was undergoing significant political shifts. In Europe, for example, Communist dictatorships were falling swept away. And the people of Chad, whose freedoms had been trampled upon by the previous regime, were hungry for democratic reforms.

Deby took a page out of the playbook of other former French colonies by convening a national conference in 1993 to draw up a new constitution. Adopted in 1996, that constitution allowed the president a maximum of two terms in office. But it was amended in 2005 to remove the two-term limit, essentially clearing the way for future power grabs.

By the time Chad had become an oil-producing country, Deby had emerged as a self-styled strongman. Instead of diversifying the economy, modernizing its infrastructure or spending oil profits evenly throughout Chad, he took a different approach.  He viewed his country's newfound revenue not as belonging to the people, as one would expect, but rather as his own money — which went straight into his family's pockets.

Chad has been exporting oil since 2003. In 2012, Infrastructure and Transportation Minister Adoum Younoussmi said petroleum was what brought the country growth. According to his ministry, Chad produced more than 120,000 barrels of oil a day, earning revenues of around €4.5 billion between 2004 and 2011. Not bad for a country of just 15 million people.

The government had promised that the wealth generated would go to alleviating poverty in one of the poorest countries in the world. Schools, streets and hospitals were built, albeit of a low quality, in the north of the country, where the president happens to be from. The south fared far worse. In southern Chad, and especially the country's oil-producing region, the population continues to live in abject poverty.

The lion's share of the funds are either lining the pockets of Chad's ruling minority or have been invested in arms to fend off numerous coup attempts. Normal people in Chad continue to suffer. Mortality rates from famine, malaria and dysentery remain high, with no access to clean drinking water, functioning hospitals or trained doctors in many regions — despite the fact the government had pledged to earmark 70% of the country's oil revenues for fighting poverty.

Chad has become the property of a single man and the circle he rules with. On paper, the country is still a democracy. But the reality is very different. Journalists are regularly thrown into jail. Granted, these breaches of the rule of law are not only the president's doing. His henchmen also abuse their power. The country's opposition is prohibited from gathering and since 2015 has been barred from organizing demonstrations. Those who do so risk imprisonment.

But Deby has nothing to fear. Chad continues to enjoy a special relationship with France and plays a key role in fighting terror in the Sahel region. Paris has effectively written him something of a blank check, and has on many an occasion bailed him out militarily when others tried to topple him.

France would be well advised to improve its ties with Chad's younger generation and forces of change. This would mean a break with Deby and his ruling clan, who are impeding any hope for democracy. Many in Chad are skeptical that April's elections will be free and fair. It seems unlikely that the will of the people will be respected.