Chad's civil society is campaigning against repression and authoritarian rule as thousands take to the streets. With elections just six weeks away, pressure is mounting on longtime president Idriss Deby. 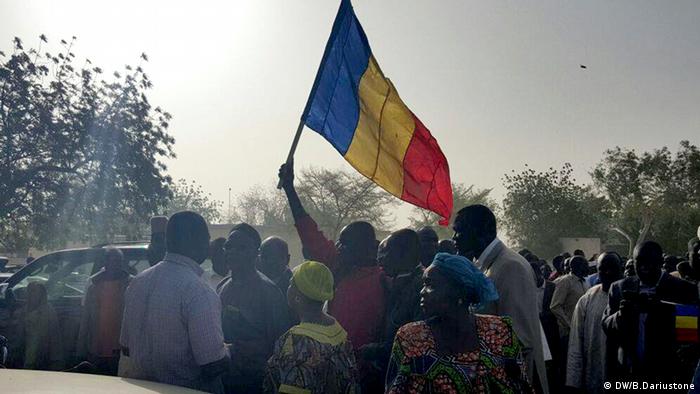 Chad's capital N'djamena was locked down on Wednesday (24.02.2016). The markets were closed, school classrooms deserted, and traffic more or less at a standstill. The call for a general strike came from trade unions and civil society groups and was taken up in the capital and other cities. The strikers were calling for the resignation of President Idriss Deby who is running for a fifth term at elections in April. In 2004, he amended the constitution extending the permitted period in office for presidents beyond a two-term limit.

"More people joined the protest than we expected," Mahamat Nour Ibedou, spokesman for the opposition grouping "That's Enough," told DW. He said it was particularly difficult for people in the provinces to take part. "The authorities there intimidate and threaten demonstrators." Government spokesman Moustapha Ali Alifei branded the protests "unconstitutional and illegal." Civil society should not be allowed to "instigate a rebellion," he said.

Hedie Wegat from the German Protestant Churches' development organization "Brot für die Welt" (Bread for the world) told DW it was astonishing that the people of Chad were showing their disenchantment with President Deby so openly. She has just visited Chad where she held discussions with affiliated organizations such as the Human Rights League. For years, only a minority had spoken out against arbitrary arrests, corruption, mismanagement of the economy and endemic poverty, Wegat said. Only recently, rights activists had been "paralyzed by shock" and "greatly disconcerted" because the African Union (AU) had appointed Deby as its chair without a moment's hesitation at the end of January 2016. 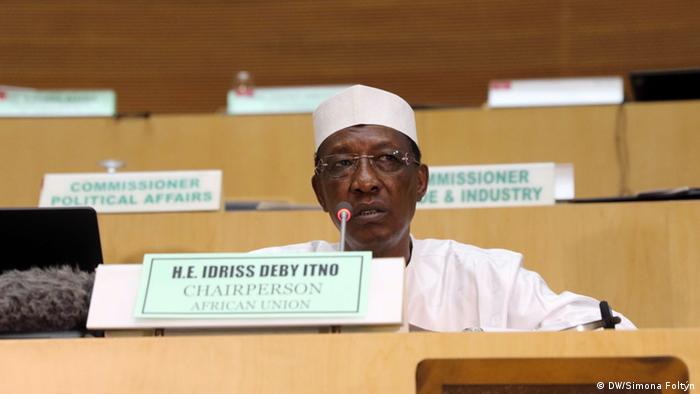 Idriss Deby currently holds the chair of the African Union, which is rotated among member states.

In the years that Deby has been in power, political opponents have been threatened, interrogated, illegally detained, kidnapped and tortured. Basic human rights are violated regularly. Civilian authorities and the military are expected to keep opposition supporters under surveillance. Independent monitors or observers are generally intimidated.

Encouragement from the West

However, the international community is unlikely to raise objections to Deby's bid for a fifth term. He has acquired the kudos of being a partner in the struggle against the Islamist militant group Boko Haram. "You are taking over at a difficult time," German Chancellor Angela Merkel told him on his election to the AU post. "Our two continents both face the same challenging task of fighting terrorism, resolving crises, and addressing the causes of irregular migration," she added.

France and the United States are evidently fostering even closer cooperation with Deby's regime. Chad is being turned into an outpost in the battle against extremism and the US launched three weeks of international maneuvers in the Central African country this week.

Violence against women and protestors

The recent protests were triggered by a brutal case of rape. Several young men gang-raped a 16-year-old schoolgirl and the alleged perpetrators include three sons of generals. The girl is the daughter of an opposition candidate in the upcoming presidential election.

After video footage of the victim was posted online, students across the country took to the streets in protest. The response by the security forces was harsh. In the city of Faya, soldiers shot dead a student and wounded five others on Monday. The regime responded by declaring a ban on demonstrations. 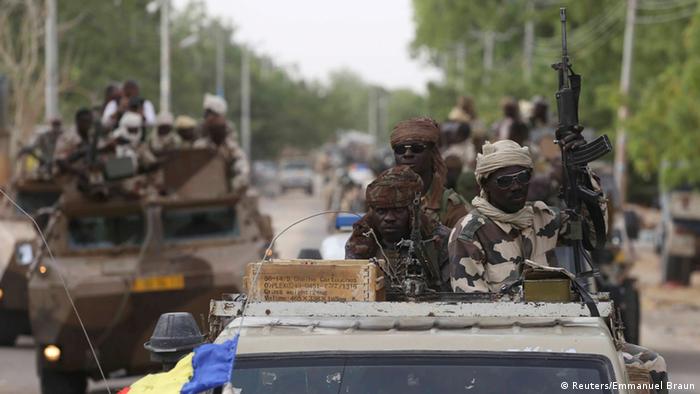 The eight men suspected of rape have been arrested and the public prosecutor has brought charges against them. But instead of trying them in public, the authorities have sent them to a high security prison in the middle of the desert, fuelling anger in the population which is already in uproar. Mahamat Nour Ibedou, spokesman for "That's Enough," said "the recent protests are just the beginning of our activities."

Heide Wegat confirms that Chad really does seem to be "seething with unrest." She has received many emails from the country displaying a new-found courage among civil society actors and a willingness to get involved. But it is doubtful whether this will make much impact on Deby and his henchmen. "We have been in power for 25 years and are not afraid. The only thing that concerns us is the preservation of peace," said government spokesman Moustapha Ali Alifei.

Chadian political scientist Ahmat Mahmat Hassane does not argue with this assertion but is nevertheless not giving up hope. "When the elections come - assuming they are transparent - people just won't vote for Deby," he said.

Frejus Quenum contributed to this report.

Burundi, Boko Haram and a new leader are just some of the major issues facing African heads of state and foreign ministers at this weekend's African Union summit in Addis Ababa. (29.01.2016)

The war crimes trial of Chad’s former President Hissene Habre in Senegal's capital, Dakar, was delayed today when he refused to appear in court. Habre was brought in by force. (07.09.2015)

Chadian warplanes hit Boko Haram bases inside Nigerian territory to avenge the killing of its citizens. Chad also banned the wearing of the full Muslim veil as the holy month of Ramadan begins. (18.06.2015)