With strong-arm tactics, Uganda's ruling party has maneuvered its way to an election victory. Arrests of journalists and opposition politicians are nothing new, but shutting down social media is a new departure. 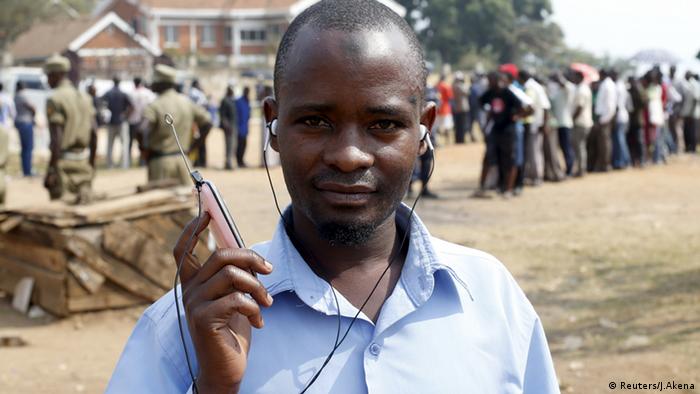 Last Thursday (18.02.2016), polling day in the Ugandan presidential elections, WhatsApp, Twitter and Facebook simply stopped working for many Ugandans. Most of them realized immediately that this was no coincidence. The government was blocking access to social media and it didn't even try to hide what it was doing.

Ugandan blogger and journalist Lindsey Kukunda heard about the restrictions in a text message from her Internet provider. The reason given for the lack of access was "instructions from the Ugandan telecommunications authority." Kukunda said at first she "did not believe that Uganda could get that crazy, that they could do something that I consider illegal." Kukunda saw the measure as a massive infringement of her right to freedom of expression.

Later on polling day, longtime ruler President Yoweri Museveni sought to justify the social media shutdown by citing security concerns. The shutdown would prevent outbursts of violence and the illegal, premature release of election results, he said. Mathias Kamp, head of the Ugandan branch of Germany's Konrad Adenauer Foundation, said Museveni's reasoning was partly credible. However, the government was evidently determined to curtail freedom of expression on social media at the same time.

Museveni's strategy turned out to be a damp squib. On polling day, almost 1.5 million Ugandans circumvented the shutdown by switching to VPNs (Virtual Private Networks). A VPN enables users to access servers outside the country, over which the Ugandan authorities have no control. 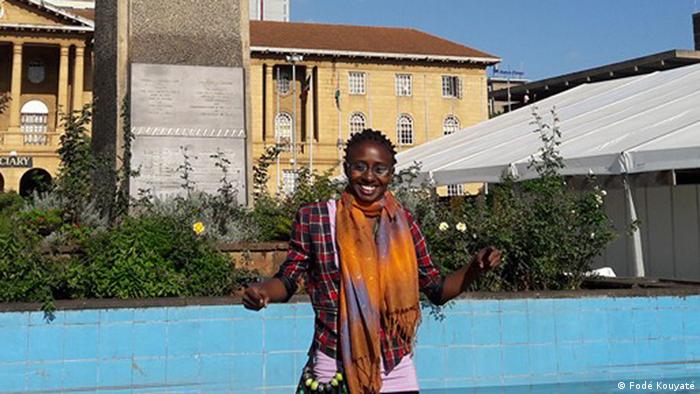 As well as fostering interest in VPNs, the shutdown also had another, perhaps more signficant, side-effect. "Ugandans, who formerly were apathetic, are now active politically. They are letting their feelings be known. They no longer have no opinion," said Kukunda.

This sort of emancipation is unlikely to find favor with the government. Mathias Kamp said restrictions on democratic rights and civil liberties in Uganda have been getting tighter for some time. But the shutdown of social media was something new. The government has little to fear from the traditional media, because they lack a critical edge. "But the social media where everybody can post what they like and which develop their own dynamism - they are a source of great concern for the government." Kamp fears the government's nervousness of social media could get worse.

Other African states are holding elections this year. They include Chad, Zambia, Ghana and the Democratic Republic of Congo. African leaders have known of the power of social media ever since the "African Spring" of October 2014 when longtime President Blaise Compaore of Burkina Faso was toppled by a popular uprising. Social media had a key role in that rebellion as they did in the Arab Spring which began in 2010. One year later Egypt was to become the first country on the continent to be almost completely severed from the Internet in the wake of the protests.

The government of Chad has already demonstrated how it responds to protests on the Internet. It has been blocking access to Facebook and other social media networks for days. The shutdown came after a schoolgirl was gang raped and Chadians took to the streets on February 15, 2016 in protest, using social media to organize further rallies. Among the suspected perpetrators of the gang rape are the sons of generals in the Chadian army, which is highly embarrassing for the Chadian government. 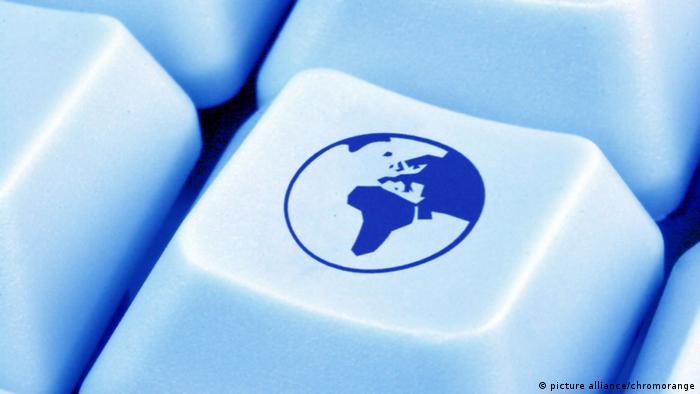 In Niger, the government temporarily suspended all digital and mobile communications in January 2015. Following violent demonstrations against Nigerien President Mahamadou Issoufou's presence at a march commemorating the victims of the Charlie Hebdo attacks in Paris, the authorities evidently feared that further protests could be ignited by SMS, Facebook or WhatsApp.

Mathias Kamp said the shutdown of social media in Uganda and Chad should not be viewed as isolated incidents. "Social media are a factor for authoritarian governments and increasingly they keep them on their radar," he said. It is possible that the Chadian government will follow Museveni's example and shut down social media during the elections in the country in April. Perhaps by then the Chadian electorate, too, will be evading the closure of social media by resorting to VPNs.

In power for 30 years, Yoweri Museveni has been declared the winner of the presidential vote in Uganda. DW’s Ole Tangen Jr reports that the capital, Kampala, an opposition stronghold, remains quiet but tense. (20.02.2016)

After some initial delays, Uganda's closest presidential elections in years got underway. Yoweri Museveni is bidding for a fifth term as Ugandan president but faces seven challengers. (18.02.2016)