Crime author Don Winslow's book "Germany" is now only available in German. In Berlin, he tells DW why he's considering buying a home in the country - and why legalization is the answer to the drug crisis. 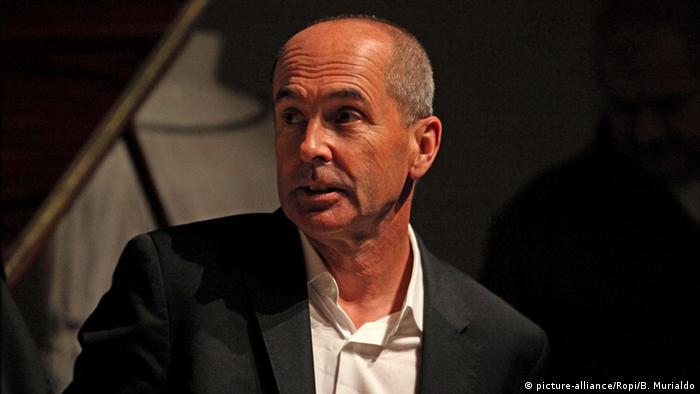 American crime writer Don Winslow, born in New York to a librarian and sailor, went on safari in Africa, and worked as a movie theater manager and private investigator on Times Square before becoming a world renowned novelist. While many of his books take place in California, his latest novel, "Germany," is set in the title country and traces a private detective's search for a missing woman. The quest leads him through Germany's dark side and into a world of drug, prostitution and human trafficking. For now, "Germany" is only available in German.

DW: Your recent book is called "Germany." Why is that?

Don Winslow: An American detective starts looking for a missing American woman and tracks her to Germany. That's the short answer to that question. The long answer is that I really like Germany. As a writer, when you fall in love with a place, you want to spend more time in it, either physically or mentally, and so you write about it.

Most of all, the people. I've been here four or five times - in this life. I was here in a previous life doing other things. As a writer, I've been on tour here a lot. I meet hundreds of people and I enjoy them. I like the way they think. I like the cities; I like the countryside. I love riding the train. 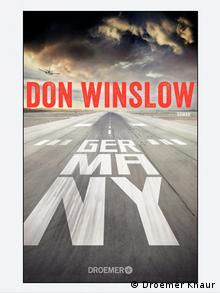 In your book, prostitution plays a major role. You say that prostitution is a bigger problem in Germany than in many other countries. What kind of research did you do in this area?

I've been writing about crime for 30-plus years, and prior to that I was an investigator in the field of crime, so I have a lot of background in this area. I used to find runaway teenagers who, sadly, were headed into prostitution.

Is Berlin special in this case in that it is so close to Eastern Europe?

Yes, Berlin is unique in that case. Of course, it's a large city, and the larger the city, the more [prostitution] you're going to see. The proximity to Eastern Europe is important because the Eastern Europeans - Ukrainians and others - are the primary drivers in terms of organized crime and of sex trafficking in Germany.

Why is your book, "Germany," only available in German at the moment?

The other answer is that it's a business thing. My American publisher wanted to bring out this drug book I did recently, called "The Cartel," and then follow it up with this book.

Coming to "The Cartel" and "The Power of the Dog," you have done so much research on drug trafficking. Now the UN General Assembly Special Session on Drugs is coming up in April. What do you hope for from this conference?

What I hope for is some sanity and a philosophy change - that we stop viewing drugs as a criminal problem, and certainly not as a military problem, but as the public health problem that it is. What I hope from the world conference is that the consumer nations accept their responsibility. 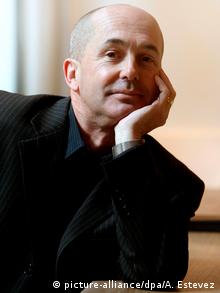 Winslow could soon be a resident of Germany

Are you optimistic about the conference?

Not particularly. At least in the United States, I see a ground swell of public opinion, but it's coming from the bottom up. These are people who realize that we have to treat this problem differently, and that legalization of drugs is the answer. We should take the billions of dollars and euros that we're spending in interdiction and prohibition, imprisonment, police, and all of that and put it into treatment for addicts and the underlying social issues that cause drug use.

Would you say, legalize drugs?

I would say it, and I say it every day. Legalization is the only answer. When you criminalize something, only criminals can deal with it. When criminals deal with it, there's no recourse to law, so there's only recourse to violence. When we push this underground, that's where evil things flourish. We need to bring it into the light and treat it that way.

Is your job dangerous?

No I don't think it's a dangerous job. I think Mexican journalists have an extremely dangerous job. Hundreds have been murdered by the drug cartels. I dedicated "The Cartel" to them. Have I ever been in places that perhaps I shouldn't have? Yeah. You know - shot at a few times. But that happens.

Why Lufthansa reduces its Nazi past to a sidenote

What was Lufthansa's involvement with the Nazis during World War II? Historian Lutz Budrass tells DW why he tackled these issues in a book and why he claims the company is dishonest in its representation of its past. (14.03.2016)

He's one of the most successful German filmmakers in Hollywood. Wolfgang Petersen, who has directed "Das Boot," "Troy" and "The NeverEnding Story," turns 75 on March 14. Now he's back in Germany for a new project. (14.03.2016)

Ronja von Rönne caused a controversy last year with a rant against feminism. In an interview with the 24-year-old novelist DW discusses her novel, which traces four people struggling in silence with a lack of direction. (07.03.2016)