Why Lufthansa reduces its Nazi past to a sidenote

What was Lufthansa's involvement with the Nazis during World War II? Historian Lutz Budrass tells DW why he tackled these issues in a book and why he claims the company is dishonest in its representation of its past. 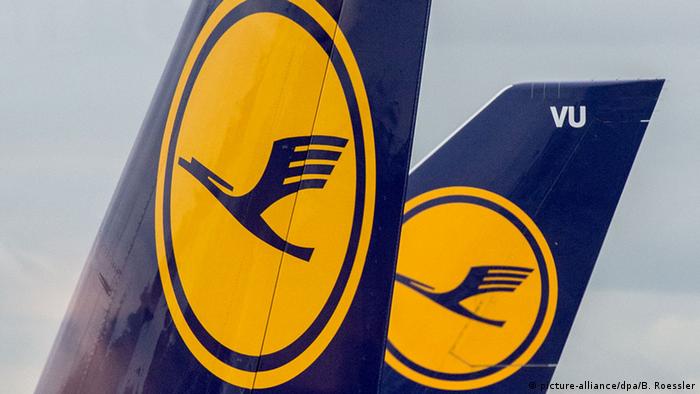 DW: Mr. Budrass, at the end of the 1990s, Lufthansa commissioned you to research the role that slave labor played during the Nazi era and gave you free access to their archives. Now you have published a book based on your research - against Lufthansa's will. How did that happen?

Lutz Budrass: In 2000-2001, I wrote a study for Lufthansa about slave labor, yet it was never published. Since then, I have been thinking about why Lufthansa deals with its history that way. The result of my reflections is this book, "Adler und Kranich. Die Lufthansa und ihre Geschichte 1926 - 1955," (The Eagle and the Crane: the History of Lufthansa from 1926 - 1955), which documents the history of the company over that period. 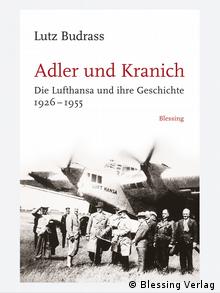 If you compare my book to the one that was officially released by Lufthansa recently, under the title of "Im Zeichen des Kranichs," (In the Sign of the Crane), you will see a history divided in two: On the one hand there is the wonderful history of the first Lufthansa with numerous photos, and on the other, printed on the cheapest paper and tucked into the back in a plastic sheath, is my study.

This separation is something that I find wrong, as there is no such thing as a right and a wrong history. One has to see both sides of the story in order to best understand a company. It's clear that Lufthansa is not ready to take this step, however.

To this day, Lufthansa says that they are not the legal successor of the former German Lufthansa. As it was founded in 1953, they do not share the history of the first enterprise. How do you see this?

There's no question that there is a first and a second Lufthansa. The first Lufthansa was founded on January 6, 1926 and the second on January 6, 1953. With the new founding, the company wanted to distance itself from the horrors of the past and the crimes committed under National Socialism which were perpetrated by Lufthansa. On the other hand, they nevertheless use aviation pictures from the 1920s, which symbolize adventure, peace, unity among the Germany population - Germany's post-World War I resurgence.

What was Lufthansa like as a company after its initial founding, in the 1920s and 1930s?

Lufthansa was above all a state-owned enterprise at the time. The ultimate goal of the Ministry of Aviation and of the Reichswehr [Eds: The "Imperial Defense" was the German military from 1919 to 1935, the predecessor of the Wehrmacht.] in 1925-1926 was to establish new armed air forces, since they had been prohibited after World War I.

Lufthansa was an important part of this plan. The company would provide a guaranteed market for the products developed by the German aviation industry. This is how Lufthansa really began. Aviation was to lead to the resurgence of Germany after World War I, to establish the international standing of the country.

"International standing" was one of the Nazis' goals. How was Lufthansa integrated into the Nazi regime from 1933 to 1945?

Lufthansa was certainly part of the regime. The company even contributed to its rise to power. There were early links to the Nazis - more precisely, through Hermann Göring. He appointed the director of Lufthansa, Erhard Milch to State Secretary of what would become the Reich Aviation Ministry. From then on, Lufthansa served as a front organization for armament, which took place secretly until 1935 - it was an air force in disguise. 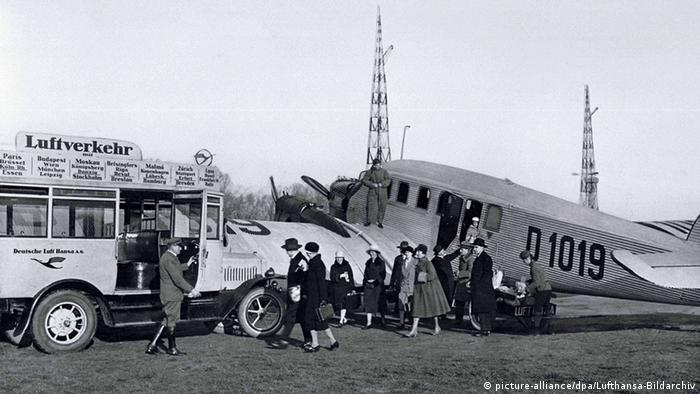 The romantic imagery of aviation after World War I: In this picture from 1928, passengers leave a Junkers G 24 from the company Deutsche Luft Hansa A.G.

To which extent was Lufthansa involved in war crimes?

Lufthansa had no official function during the war, after the German Air Force took over the duties of the company. It had to find an alternative field of responsibilities and it took over the repair of aircrafts. Like all other enterprises during World War II, it depended on forced labor to function. There were about seven million forced laborers in Germany. Yet compared to other companies, Lufthansa really exploited the forced laborers to accumulate funds to allow it to reenter civil aviation after the war. Lufthansa made profit off slave laborers.

You write in your book that from the beginning of the war, Jews were forced to work at Tempelhof airport and later sent to extermination camps - and that Lufthansa never undertook anything to stop the deportations. You also mention that they enslaved people in their repair workshops at the front. 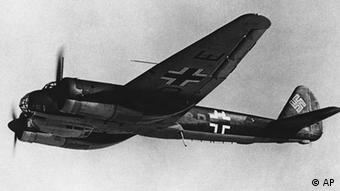 The Junkers Ju 88 Bomber was a standard model of the German air force. Lufthansa specialized in repairs during World War II

Unlike other enterprises, Lufthansa organized forced labor on its own initiative. Through their repair workshops on the front, they were able to capture people who would be sent to Germany into forced labor. Among them were a considerable number of children.

Did Lufthansa undergo a trial for its war crimes after World War II?

Lufthansa, like most companies, was not held accountable for its actions. However, unlike other companies, it faced a very bitter fate. It was declared part of the air force and its assets were liquidated in 1951. Civil aviation was banned by the Allies until 1955.

So in a way, Lufthansa is right to say that there was a cut after 1945, as the company was completely newly created in 1953. Why do you say this is not true? 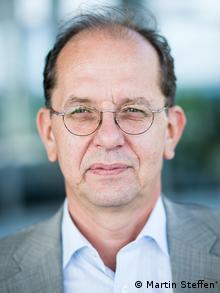 Part of the people who founded Lufthansa in 1953 were already involved in its initial founding in 1926. Among them was Kurt Weigelt, who played a dominant role in the first Lufthansa as vice chairman, and Kurt Knipfer, who was formerly a Prussian officer and led Lufthansa until 1945. He became one of the main founders of the second Lufthansa, as an officer in the Federal Ministry of Transport. There was a strong continuity in its staff.

Other enterprises, such as the Quandt family or Dr. Oetker, have researched their family's and company's involvement in the Nazi regime. Why has Lufthansa avoided this step until now?

I believe there are many business fields in Germany that still promote a certain historical image of themselves. No one has questioned these images, yet specifically in aviation these images come from the 1920s, from the initial aircraft developments - and from Naziism. Although Lufthansa still wants to use these images for its marketing, it is not yet ready to question its role during that whole period.

The German historian Lutz Budrass, affiliated with the Ruhr University in Bochum, is specialized in the history of aviation in the 20th century. His book "Adler und Kranich. Die Lufthansa und ihre Geschichte 1926 - 1955" (The Eagle and the Crane: the History of Lufthansa from 1926 - 1955) is now available in German.

Horsepower under the hood and skeletons in the closet: BMW celebrates 100 years

German luxury automobile maker BMW is celebrating its centennial. The small engine manufacturer rose to a global player with the Nazi era playing a key role in the company's development. (04.03.2016)

Exploited in the middle of Berlin

Slave-like conditions and the threat of force is how Dimitru Cubylyass describes what he has experienced in Berlin. But the tale of the Romanian migrant worker is no isolated case. DW's Carmen Meyer reports. (21.08.2015)

Ravensbrück was the largest concentration camp for women in Nazi Germany. Some 150,000 prisoners were held there by the SS until the camp was liberated in April 1945. (19.04.2015)