Horsepower under the hood and skeletons in the closet: BMW celebrates 100 years | Culture | Arts, music and lifestyle reporting from Germany | DW | 04.03.2016

Horsepower under the hood and skeletons in the closet: BMW celebrates 100 years

German luxury automobile maker BMW is celebrating its centennial. The small engine manufacturer rose to a global player with the Nazi era playing a key role in the company's development. 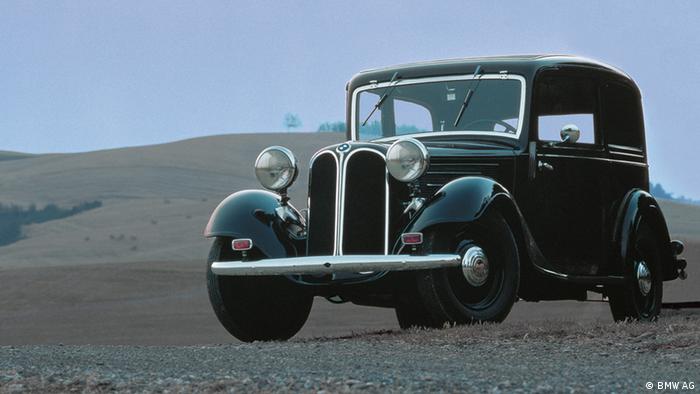 BMW - three letters that are instantly recognizable anywhere in the world.

The BMW Group is one of the world's most successful automobile manufacturers, a leader among global premium brands. No doubt, the firm founded on March 7, 1916 is a huge success story. For that matter, it's a typical German success story, that is a mix of gloomy chapters and great milestones.

A lot can be learned about BMW when looking at the annual company books, which - among other accomplishments - list the first commercially successful motorcycle, the BMW R 32, but also mention the fact that beginning in December 1939, prisoners of war, detainees, forced laborers and concentration camp prisoners were put to work making airplane engines at various production sites.

Today, BMW no longer keeps under wraps the fact that the firm resorted to forced labor during the Nazi era. "Every tour through our museum and the production site in Munich's Allach district mentions that," says BWM spokesman Stefan Behr. But using forced labor wasn't limited to BMW, he adds: "It was a social phenomenon found all over the entire country."

Quite a few German companies in fact used forced labor during the Nazi era, including the country's automobile manufacturers: rival Daimler employed about 40,000 forced laborers, Volkswagen had about 12,000, and at BMW, two out of three of the firm's 56,000 employees were forced laborers and concentration camp prisoners at the time. As the war dragged on, they were "increasingly discriminated against and systematically exploited," according to a 2008 doctoral thesis in the company's archives. 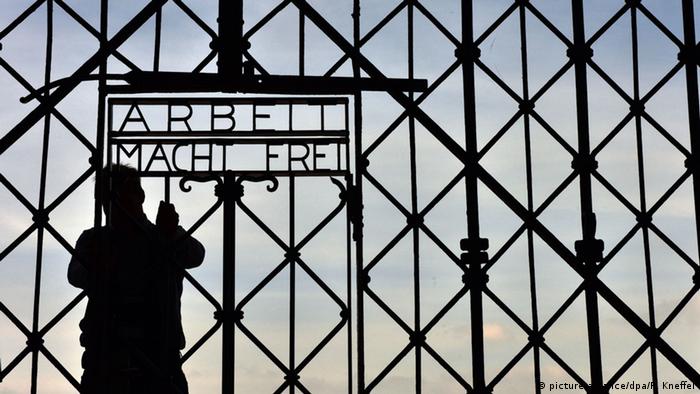 The sign at the Dachau concentration camp reads "work will set you free;" some prisnoers were forced to work for BMW

Other industries also massively relied on forced labor: Krupp, Bosch, Siemens and the IG Farben chemical industry conglomerate - known today as BASF, Bayer and Hoechst. IG Farben - the firm that produced the Zyklon B cyanide gas that killed millions of Jews at the death camps - actually even ran a factory within the Auschwitz concentration and death camp complex.

Doing business with the Nazis

Even today, many firms argue that, with their skilled workers sent off to war, they were required to fulfill their production quotas using whatever labor they could find. Businesses were told to resort to using forced labor, Behr says.

The Nazi regime banned the production of automobiles and severely limited the production of motorcycles, BMW spokesman Behr says. Instead, BMW was forced to produce great numbers of airplane engines - a branch the company had actually moved away from - while relying on concentration camp prisoners.

While this is no justification, Behr says that today, "it's difficult to understand the extent of entrepreneurial liberties back then based on nothing but a few documents." However, he concedes, BMW also made money in the deal.

German historian Lutz Budrass says that many feel the IG Farben factory at Auschwitz-Monowitz was the absolute low point in industrial developments during WWII. But BMW and airplane manufacturer Heinkel, to name just a few, weren't much better, he explains: "The difference is that their factories were in Germany and not in occupied Poland."

Beginning in February 1943, BMW and Heinkel became the first companies to profit from slave labor from the subcamps established alongside larger concentration camps. 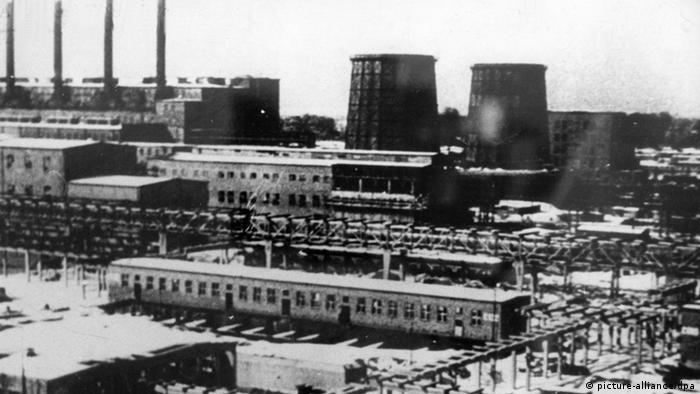 The Auschwitz-Monowitz camp, a symbol of German industry's close relationship with the Nazi regime

Major captains of industry like Bohlen and Halbach's Alfried Krupp, Friedrich Flick and various IG Farben managers stood accused at the Nuremberg Trials - but comperatively smaller players like Daimler, VW, Lufthansa and BMW and their managers did not. However, there were still some stiff consequences:

"After WWII, production was forbidden; some of our factories were disassembled and machines given away as official war reparations," BMW spokesman Behr says. "BMW still exists today despite this era - not because of it."

But there was also growth in unexpected places. Enterprises like BMW profited from their accumulated technical expertise, historian Budrass argues. US forces in Bavaria found that only BMW had the necessary expertise to service its huge motor pool. Budrass says that therefore another question arises: "How much did developments in the 1950s depend on the Nazi era?" he wonders.

The plat thickened by 1959, when Herbert Quandt saved BMW from a takeover by rival Daimler and helped it grow further out of the ruins of World War II. But his father Günther Quandt, a well-known German industrialist, had kept close personal and business ties to the Nazi regime. His ex-wife Magda married Nazi Propaganda Minister Joseph Goebbels while Günther Quandt himself made a fortune arming the German Wehrmacht, manufacturing weapons and batteries while acquiring assets from Jewish company owners.

Quandt and BMW may have been separate firms during the war, but in 1959 funds amassed in the Nazi era by his father allowed Herbert Quandt to save BMW. 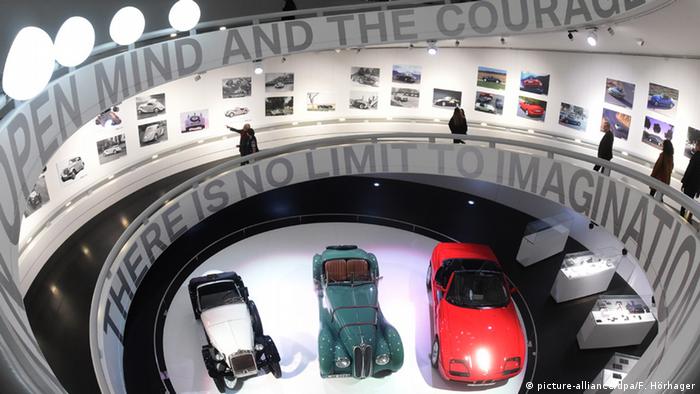 BMW still thrives today "despite the Nazi era, not because of it" but certain chapters in its past cannot be ignored

Today, the company archives are open to researchers and journalists, which has resulted in two academic dissertations being written about BMW's dealings between 1933 and 1945. Other German brands like Volkswagen, Deutsche Bank, Krupp, Bertelsmann, Bosch, Dr Oetker and the Quandt family have also investigated this dark period in their histories.

"Many firms have realized that understanding one's past has a positive effect," Budrass says. "It's a sign of honesty," he says. However, it is also a source of great marketing: in publications celebrating its centennial, BMW points to its role as founding member of Remembrance, Responsibility and Future (EVZ), a foundation established for the compensation of former forced laborers. It fails to mention, however, just how involved the company was in using forced labor.

On September 30, 1939, BMW purchased an aircraft engine manufacturer based in the Spandau district of Berlin called Brandenburgische Motorenwerke. Today, the company produces motorcycles for worldwide distribution there. However, there is no mention anywhere that the premises subsequently housed the largest camp for forced and foreign laborers in the region.

German auto giant Daimler has made legal threats against an environmental group after it tested diesel cars. The results appeared to show that Mercedes and BMW models are also cheating on emissions tests. (23.12.2015)