Why Afghanistan′s security forces are dwindling | Asia | An in-depth look at news from across the continent | DW | 05.03.2015

Why Afghanistan's security forces are dwindling

Combat casualties, desertions - a new US report reveals the number of Afghan security forces has dropped as they take on the Taliban with little support from foreign troops. But there also seem to be "accounting" issues. 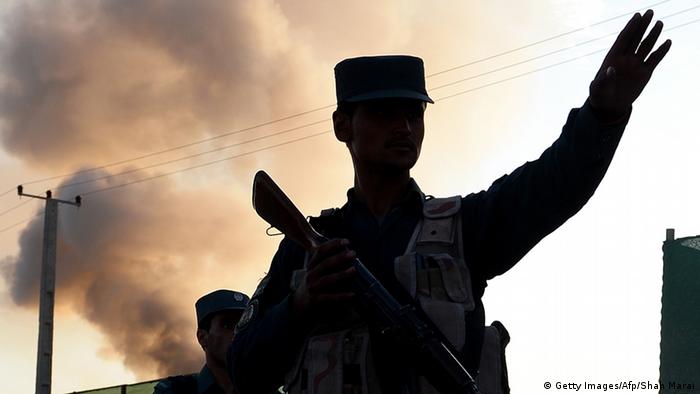 The report, issued on March 3 by Special Inspector General for Afghanistan Reconstruction (SIGAR) John Sopko, states that the number of Afghan National Army (ANA) members has declined by more than 15,500 or 8.5 percent since February 2014 to 169,203 - the lowest force strength since August 2011. But it also stated that the US military had overestimated the size of the Afghan national security forces (ANSF) by a significant margin.

But why are the Afghan security forces shrinking? There seem to be a number of factors. According to SIGAR, which is the US government watchdog for spending and projects in Afghanistan, one reason for this is that the ANA continues to suffer "serious combat losses."

According to the newly declassified data, more than 1,300 ANA troops were killed and 6,200 others were wounded in action between October 2013 and September 2014. Police forces are estimated to have suffered similar, or even slightly higher, casualties.

An important factor behind this development, analysts say, has to do with foreign combat troop withdrawal. With the end of the ISAF mission last year, the Afghan army and police were left fully in charge of security in a country plagued by conflict and a resurgent insurgency. 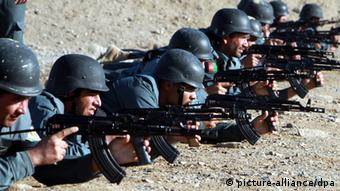 Against this backdrop, "Resolute Support," NATO's training and support mission began in 2015. But by and large, the 13,000-strong residual force is not in Afghanistan to fight a war, but rather to advise and train the still-fledgling Afghan forces, and provide limited counterterrorism support.

"The Taliban know this and are testing them by keeping up the intensity level of its fighting," Michael Kugelman, an Afghanistan expert at the Washington-based Woodrow Wilson Center for Scholars, told DW. What makes things worse, Kugelman stated, is that the Afghan forces, despite considerable improvements in recent years, continue to suffer from key capacity constraints - particularly air power.

"This means that when units come under fire, they can't necessarily depend on air cover to come bail them out. This can raise casualty levels, and cause morale to plummet," said the analyst.

The previous Afghan government and its foreign allies enabled powerful people to commit atrocities, alleges a new report. Experts say there can't be any progress as long as a climate of impunity remains in place. (03.03.2015)

UNAMA: 'Afghanistan must end impunity for the use of torture'

While Kabul's efforts to prevent the torture of detainees have shown some progress, much more remains to be done, especially as there is a "persistent lack of accountability," UNAMA's Georgette Gagnon tells DW. (26.02.2015)

In a press statement, Afghanistan's Ministry of Defense confirmed there had been high casualties among local troops who have been carrying out a large offensive in the south of the conflict-ridden nation since the beginning of this year.

But there seems to be another contributing factor for the sudden decline in troop numbers. The South Asian nation is having increasing difficulties in holding onto its soldiers.

"Attrition continues to be a major challenge for the ANSF," SIGAR wrote in its report, adding that between September 2013 and September 2014, more than 40,000 personnel were dropped from ANA rolls. While the Afghan Ministry of Defense didn't respond to DW questions on desertion, it did say in a statement that some Afghan soldiers stay at home longer than expected when they go on leave.

Desertion and retention have been persistent problems within the Afghan army since the start of coalition efforts to rebuild it, with many factors feeding into it. Jason Campbell, an international security expert at the US-based RAND Corporation, explains that for instance, if soldiers are stationed in a particularly dangerous part of the country or far from their home province, their likelihood of deserting goes up.

There is also anecdotal evidence that soldiers will, at times, desert temporarily. Campbell says that a common reason for this is that the leave time allotted to soldiers does not include extra time to travel to and from their home village and, given that this must be done in most cases via truck or bus, soldiers on occasion will simply depart their unit before their leave time formally begins.

Moreover, there are instances where soldiers will leave their unit to take part in seasonal poppy cultivation, which pays more than soldiering, or to attend to family matters without going through formal channels, said the Afghanistan expert, adding that all these reasons highlight why desertions remains difficult to precisely quantify.

However, Campbell believes the recent decline in ANA numbers - as stated in the SIGAR report - is rather linked to the general air of uncertainty surrounding the end of the NATO combat mission in the country. "With the 2015 fighting season approaching and the coalition's ability to provide even basic support further dwindling, the prospect of taking on the insurgency completely independently may seem a dire prospect to many," said Campbell. 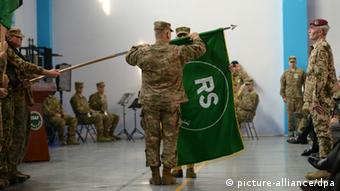 The low morale is compounded by additional doubts regarding the degree to which the international community will continue to provide the necessary monetary and material support that the Afghan security forces will require for the foreseeable future.

"The Taliban know that the security forces are in a compromised state and they are taking advantage by hitting hard," said Kugelman, adding that this is one reason why there were unusually intense levels of Taliban attacks into the cold weather months late last year, when the fighting season typically calms down.

Another reason for concern is how the Taliban seem to be exploiting the low morale in the troops by trying to infiltrate. "This has been a problem before, and will likely become an even bigger problem in the coming months." Experts therefore argue that the best course of action for the ANA at the moment is to make sure that all of its soldiers are paid, that they perform capably in the upcoming fighting season and that they avoid a catastrophic loss that would provide the Taliban with a propaganda victory.

In its report, SIGAR also pointed out that there had been inconsistencies with the information provided by NATO's Resolute Support Mission regarding the ANSF's strength, attrition, equipment and personnel sustainment, among other things.

According to SIGAR, just hours before their supplement to the quarterly report was scheduled to be released, the US commander in Afghanistan, General John Campbell, said that "the ANSF strength numbers the military provided to SIGAR between April and October 2014 were incorrect due to an 'accounting error.'" 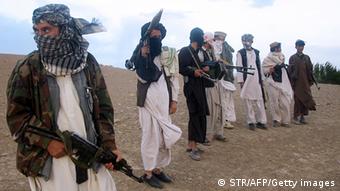 'The Taliban are testing Afghan troops by keeping up the intensity level of its fighting,' says Kugelman

Referring to the accounting discrepancies, Special Inspector General for Afghanistan Reconstruction John Sopko was quoted in the SIGAR report as saying: "Given that accurate reporting on ANSF strength is an important factor in judging Afghanistan's ability to maintain security and in determining the pace of US troop withdrawals from the country, and that the United States is paying to train, equip, and sustain the Afghan troops based on these numbers, these inconsistencies are deeply troubling."

But in his testimony to the US Senate on March 4, a day after SIGAR issued its report, General Campbell stated that the discrepancies in Afghan troop numbers were partly due to miscommunication at the time of the inspection process as well as a lack of personnel to provide other information to US auditors, reported The Washington Times.

But collecting accurate information on the strength of Afghan troops is crucial as the US military presence in the war-torn country is set to end at the end of 2016 under President Barack Obama's current plan, even though Defense Secretary Ashton B. Carter and other members of the US administration have indicated that they are reviewing the pace of US troop withdrawals from the country.

A year ago, the Taliban regained control of Afghanistan following a US troop withdrawal. The 20-year war started and ended with the Taliban in power, despite billions of dollars spent trying to rebuild the country.

Afghanistan's de facto rulers celebrated what they called "Freedom Day" with a parade that showcased captured foreign military vehicles. The Taliban also used the anniversary to call for international recognition.