Who was Walther Rathenau, Germany′s first Jewish foreign minister? | Germany | News and in-depth reporting from Berlin and beyond | DW | 01.02.2022

In 1922, Walther Rathenau became the first Jew to serve as Germany's foreign minister — and was assassinated by the far right six months later. 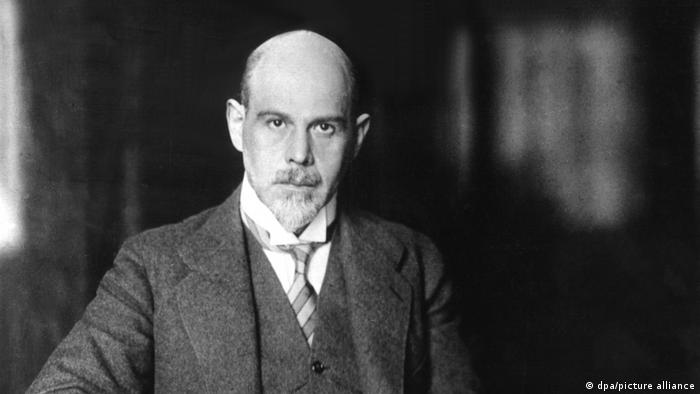 Walter Rathenau (1867-1922) was an industrialist, politician and author

It was a bitter realization for Walther Rathenau, as it was for many other Jews in the Germany of the imperial era and the early Weimar Republic: No matter how successful they were professionally, no matter how much they supported the state and society, no matter how hard they'd fought in World War I — they ultimately remained outsiders in society. And antisemites hated them simply for being Jewish.

In 1918 Rathenau wrote in his essay State and Judaism: A Polemic that "early in life, every German Jew will experience a painful moment which he remembers all his life: when for the first time he becomes fully aware that he has entered the world as a second-class citizen and that no amount of hard work and no merit can free him from this position."

A Jew cannot be an officer

The young Rathenau was by no means lacking in ability or merit — or in privilege. His father was Emil Rathenau, a renowned industrialist and the founder of the electrical corporation AEG. Walther later joined the company, which was to play an important role in weapons production during World War I.

Prior to that, he had tried to make a career in the military and in diplomacy. It was there that he experienced the "glass ceiling" for Jews: in the German Empire, positions as military officers or in the higher civil service were not an option for them. In German society at the time, Jews were widely regarded as unreliable or as having unclear allegiances. 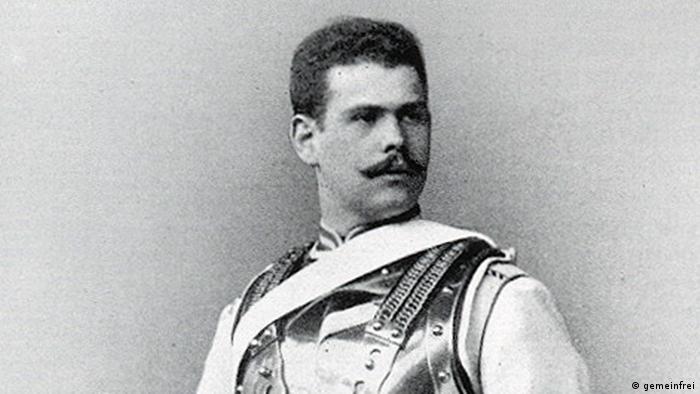 As a young man, Rathenau was aiming for a career in the military

Rathenau biographer Shulamit Volkov sees his story as the "quintessence of German-Jewish history." To him, Rathenau personified the "attempt to reconcile Jewish and German identities without ever feeling at home with one or the other."

Yet Rathenau was definitely a nationalist, at times even a warmonger: As chairman of the supervisory board of AEG, he was involved in the planning of WWI. For a while he organized all German raw materials management for the war effort, he recommended the deportation of Belgian civilians to Germany for forced labor, and, even after the armistice of 1918, he was still in favor of continuing the war.

All this only only temporarily earned him the sympathies of the reactionary right, who had never come to terms with Germany's defeat and the Versailles peace agreement of 1919. As Reconstruction Minister in 1921 and then from 1922 as Foreign Minister under Reichschancellor Joseph Wirth, the political right saw him as one of the politicians who sold out to the victorious powers and sought to meet their unreasonable demands for reparations. These critics failed to see that the German postwar government had had no choice but to comply after the military surrender.

As a Jew, Walther Rathenau found himself increasingly under attack in a more and more antisemitic climate.

He got no credit for his role in negotiating the April 1922 Treaty of Rapallo, which was instrumental in normalizing the German Reich's relations with the Soviet Union and led to the waiver of mutual reparation claims.

Rathenau was assassinated just six months after his appointment as foreign minister, on June 24, 1922, by members of the far-right Consul organization.

Other high-profile Jewish victims in the early years of the Weimar Republic were the communist Rosa Luxemburg who was assassinated by far-right military fighting the socialist movement, and the Social Democrat Premier of Bavaria, Kurt Eisner in 1919. Eisner's assassin, Anton Graf von Arco auf Valley, showed no remorse and said: "Eisner is a Bolshevik, he is a Jew, he is not German, he does not feel German, undermines every patriotic thought and feeling, is a traitor to the country." Ironically, Arco himself had a mother of Jewish descent.

But, from 1933 on, things were to get much worse. When Adolf Hitler seized power, Jews were first removed from all prominent positions in social life, before they were systematically killed in the Holocaust.

A Jewish chancellor for Germany?

To this day, almost 80 years after the end of National Socialism, there has not been another Jewish government minister at the federal level in Germany.

The United Kingdom had a prime minister of Jewish origin as early as the end of the 19th century: Benjamin Disraeli, as well as several Jewish ministers in recent decades (such as Malcolm Rifkind and Nigel Lawson). In Hitler's native Austria, Bruno Kreisky, whose father was Jewish, became chancellor in 1970.

In 2018, the Jewish writer and political scientist Rafael Seligmann told the Rheinische Post regional newspaper that he was convinced that a Jew could become the head of Germany's government: "If a Jewish candidate were to beat his competitors in his party, he would also have good prospects of being put forward and being supported even by those with antisemitic leanings."

This article was originally written in German. An earlier version stated that Rathenau was the only Jewish Cabinet minister in the Weimar Republic. This has been corrected as there was also Finance Minister Rudolf Hilferding.

Neo-Nazi violence is a hot topic once again - but it's nothing new. Right-wing marches, arson attacks against asylum seekers, political assassinations - terrorism from the right has a long history.

In 1919, German women voted for the first time — in an election that was to play a pivotal role in the country's history. It came on the heels of the disastrous Great War and the year before Hitler formed the Nazi party.

An exhibition in Cologne about 1,700 years of Jewish life in Germany showcases personal stories through the ages.

On January 20, 1942, details about the extermination of Europe's Jews were discussed. Even 80 years later, the minutes of the Wannsee Conference send chills down the spine.