Seventy-five years ago, Hitler came to power, ending the Weimar Republic. Did Germany's experiment with democracy between 1919 and 1933 ever stand a real chance? Eric Weitz, a US historian and author, has the answers. 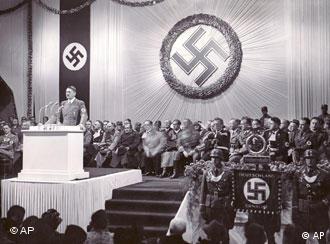 On Jan. 30, 1933, Hitler was named German chancellor, spelling the end to the Weimar Republic -- Germany's convulsive experiment with democracy between 1919 and 1933. The period was dubbed the "Weimar Republic" by historians in honor of the city of Weimar, where a national assembly convened to write and adopt a new constitution for the German Reich following the nation's defeat in World War I. The Weimar Republic was marked on the one hand by hyperinflation, mass unemployment and political instability; on the other, by dazzling creativity in the arts and sciences and a legendary nightlife in Berlin.

Eric Weitz, chairman of the history department at the University of Minnesota in the United States, last year published an acclaimed book on the period: "Weimar Germany: Promise and Tragedy." DW-WORLD.DE spoke with him about the spirit of the time, the factors leading to the Nazi seizure of power and the lessons to be drawn from the Weimar Republic.

DW-WORLD.DE: One of the premises of your book is that the Weimar Republic should not be seen simply as a prelude to Nazi dictatorship but as an era in its own right. 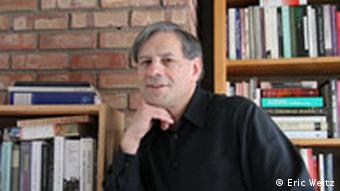 Eric Weitz: It certainly should be seen as an era in its own right. The Weimar Republic was a wonderfully creative period. We should not constantly look back from the 12 years of the Third Reich to the 14 years of the Weimar Republic because the republic was a period of very important political, cultural and social innovation. We need to remember and value it in its own right. Every issue about the Weimar Republic, about life in Germany in the 1920s was intensely debated -- both at the high intellectual and artistic level as well at the level of politics and society.

How do you explain the cultural and artistic blossoming in Germany, and particularly in Berlin, in the 1920s? After all, this was a nation battered by war, with millions of dead, and plagued by hyperinflation and instability.

The intense innovation of Weimar is related precisely to these factors. Many people focus exclusively on the despair that came out of World War I. There was despair in abundance to be sure. Two million Germans died in World War I, 4 million were wounded, and men who came back were often severely wounded, both physically and psychologically. Women at the home front during the war, experienced four years of intense privation. And afterwards there came the post-war crisis -- readjustment and hyperinflation. 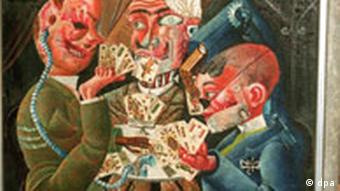 Otto Dix, who created this work in 1920, was one of the prominent German artists of the Weimar Republic

But to a certain extent, that intense instability of economy, society and politics fuelled this deep intellectual engagement with the problems of living in the modern age, of what should be Germany's political configuration. But beyond that, the revolution of 1918/19 was crucial to this cultural efflorescence as well. The revolution threw out the Kaiser and established a democratic system -- the most democratic system the Germans had lived under to that point. The spirit of revolution created a sense that the future was open, it was one of unbounded possibilities that it could be shaped in a more humanitarian way. It could not last forever, but it's that sense that underpins much of the cultural innovation of the republic.

Yet there were people in Germany who hated the Weimar Republic. Who were they? And why did they want it to fail if it was so promising and attractive?

Everything about the Weimar Republic was contested. The kinds of artists, thinkers, architects whom I focus on in the book -- much or all of their work was intensely challenged from the right. By that I mean the establishment right -- the old-line aristocrats, high government officials, army officers, businessmen, bankers, people from the church who by and large were not only anti-socialist and anti-communist but anti-democratic as well. The revolution in 1918/19 left their powers intact by and large. It established a political democracy but did not undermine at all the social situation and powers of this old-line conservative elite.

That conservative elite, after the initial flurry of revolution, challenged the republic every step of the way. Many of the focal points of conflict were not just in the political sphere but in the cultural and social sphere as well. There was, for example, the so-called "Zehlendorf Roof Wars" in which conservatives, architects, and critics -- Nazis as well -- claimed that the flat roofs of modern architectural style was distinctly un-German and true German architecture had pitched roofs. These critics would charge that flat roofs were a form of Jewish architecture. The emancipation of women in the 1920s and very active talk of erotic fulfillment was another focal point of intense conflict.

Would you say the Weimar Republic was an early victim of globalization? Do you think it would have survived if the Great Depression of 1929 hadn't occurred?

The Great Depression was the final blow. If we look at the economy and the election of 1928 just prior to the onset of the Great Depression, we can see a move back to the center politically and signs of serious economic progress. This is the last year of the so-called fabled golden years of the republic. Without the Depression, the republic would at least have had a chance. It had managed to survive the hyperinflation of 1923, as disruptive and disorienting as that event was. But it was the depression that came from the United States to Germany very fast and very strongly that certainly unleashed the final blow. 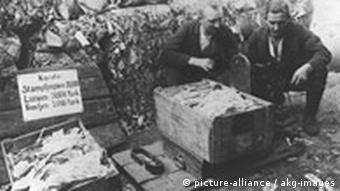 At the same time we should not forget that few democracies have been founded in such difficult circumstances as the Weimar Republic. The republic needed a long breathing space, it needed a more expansive and forgiving attitude on the part of the Western allies, it needed economic stability and progress -- all of that was in precious short supply in the post-World War I years.

What led finally to the demise of democracy in the Weimar Republic? After all, in the 1928 general election, the Nazis won just 2.6 percent of the vote; five years later Hitler was in power.

It's true, in 1928, the Nazi party was a marginal, unimportant political group which had very little resonance beyond some very distinctive places that were already in depression before the Great Depression -- agricultural areas in particular. But in many ways, the republic was seriously undermined and the political system paralyzed prior to the Nazi seizure of power. In a depression especially, people look for solutions and the republic was not offering any to the economic crisis. From 1930 onwards, Germany was governed under a presidential dictatorship because the political system was so fragmented that the Reichstag could not assemble or function in parliamentary majority. So the chancellor from spring of 1930 onwards, Heinrich Brüning and his successors, governed largely through emergency powers proclaimed by the president, Field Marshall Paul von Hindenburg. 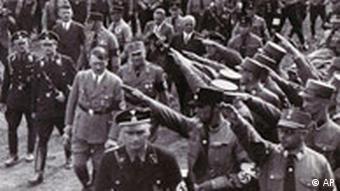 But I do want to underscore the fact that the Nazis never received a majority vote in a popular, freely contested election. In the summer of 1932, they received 37.4 percent of the vote -- the highest they would ever receive. It's a significant jump to be sure but that's not a majority and the popular phrase that one hears so often in the United States, "the German people elected Hitler to power or elected the Nazis to power" -- that's wrong, it's inaccurate, it's untrue. The Nazis were never elected to power. In the next election, in the fall of 1932, they already lost a significant percentage of the support they had gained in the summer. The Nazi party was in disarray. At the very end, they came to power because the establishment conservative elite, a coterie of powerful men around President Hindenburg, handed power over to the Nazis. That alliance is what ultimately killed the republic.

What lessons can be drawn from the Weimar Republic? Implied throughout your book is the question of whether it is possible for contemporary democracies to succumb to neo-fascist forces in the same way that the Weimar Republic fell to the Nazis.

Present day Germany is a well-established democratic system. It gives me no worries whatsoever. To be sure there are some extreme right-wing groups that can be dangerous and the reaction against them is still a little slow sometimes. But these groups are marginal and Berlin is not Weimar.

My worries are more about my own country, the US, in the sense that the threats to democracy don't always come from abroad. The most dangerous threat may come from within. That was certainly the case in Weimar, especially in its last years. What worries me is when certain people or institutions mouth talk of democracy but in reality undermine the very practices of democracy. Of course the Nazis were never committed to democracy but they used the populist rhetoric that resonated with people. When that kind of populist rhetoric masks undemocratic practices, that's where I think we truly need to be concerned.

In recent months, there seems to be a revival of interest in the Weimar Republic in the United States, whether it's in fashion, art or music. How do you explain that? 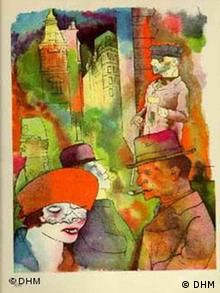 It's been most curious. And it's true especially in New York. I think it has to do with the sense of fragility that comes out of the Sept. 11 attacks. What people adopt is the Weimar Republic as portrayed in the American production of "Cabaret" for example -- there's a vision of Weimar as degenerate, as crisis-ridden all of which is true in part. There was an exhibit at the Metropolitan Museum on Weimar portraiture featuring Otto Dix und George Grosz. Of course, if that's all you know, you think of Weimar as a period of only mutilated bodies and distorted features. But what that interpretation misses of course is the democratic promise, the cultural innovation. But it is that sense of fragility that has given Weimar this glow in downtown as well as uptown New York culture.

Sixty-two years after his death, Adolf Hitler risks being stripped of his German citizenship in what a politician said would be a "symbolic step" against the Nazi leader and the horrors he unleashed. (12.03.2007)

Do you agree that the Weimar Republic should not seen only as a forerunner to the Nazi rise to power? Please include your name and country in your reply.