WHO: Search for COVID-19 origins 'poisoned by politics'

Michael Ryan made the assertion after President Joe Biden this week ordered the US intelligence community to investigate whether the virus first emerged from an animal source or from a laboratory accident. 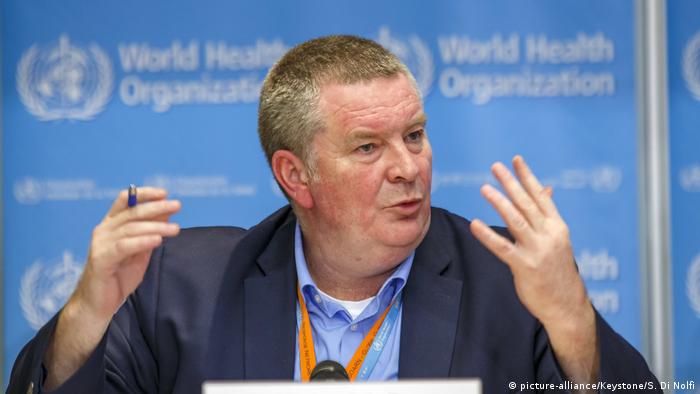 The World Health Organization (WHO) warned on Friday that efforts to find the origin of the coronavirus pandemic were being undermined by politics.

"We would ask that we separate the science from the politics, and let us get on with finding the answers that we need in a proper, positive atmosphere," WHO emergencies chief Michael Ryan told reporters.

"This whole process is being poisoned by politics," he said.

COVID-19 infections on the rise in South Africa

The WHO has been facing increasing pressure of late for a fresh, more in-depth investigation of where COVID-19 originated.

A WHO-led team spent four weeks in and around Wuhan at the beginning of the year. The UN healthy agency reported in March that the virus had probably been transmitted from bats to humans via another animal and that "introduction through a laboratory incident was considered to be an extremely unlikely pathway,"

But many politicians and scientists felt the findings of the WHO's investigation were not conclusive.

Where COVID-19 all began

US claims researchers in Wuhan were hospitalized

President Joe Biden earlier this week ordered US intelligence services to investigate whether COVID-19 first emerged in China from an animal source or from a laboratory accident.

This followed an intelligence report in Washington that suggested three researchers at the Wuhan Institute of Virology in China became sick with a flu-like illness in November 2019. It is not known if this was COVID-19.

The researchers were subsequently hospitalized, adding fuel to the debate over the origins of the virus that has killed some 3.5 million people worldwide.

The EU medicines watchdog has given the go-ahead to vaccinate 12 to 15-year-old children against coronavirus. Germany has already said it plans to start in early June.