The EU medicines watchdog has given the go-ahead to vaccinate 12 to 15-year-old children against coronavirus. Germany has already said it plans to start in early June. 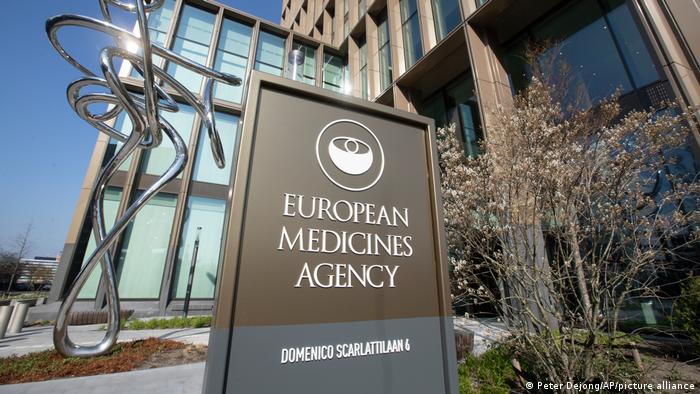 The European Medicines Agency (EMA) announced on Friday that it had authorized the use of the German-developed BioNTech-Pfizer coronavirus vaccine for children aged 12 to 15.

It is the first vaccine to be approved for younger people in the EU.

The bloc's drug regulator said the shot was "well tolerated" in children and there were no "major concerns" in terms of side effects.

"Extending the protection of a safe and effective vaccine in this younger population is an important step forward in the fight against this pandemic," said Marco Cavaleri, head of health threats and vaccine strategy at EMA.

The decision needs to be rubber-stamped by the European Commission and individual national regulators.

Germany is hoping to begin administering jabs to school-age children from June 7, following a meeting between Chancellor Angela Merkel and the heads of Germany's 16 states on Thursday.

The BioNTech-Pfizer vaccine was the first to be granted authorization across the EU in December. Since then, about 173 million doses have been administered in the bloc.

Which countries are already vaccinating children?

The US and Canada have already begun to offer vaccines to children aged 12 and above in the pursuit of herd immunity.

A study published in the "New England Journal of Medicine" on Thursday said that the efficacy of the vaccine in children aged 12 to 15 was 100%.

The researchers carried out trials on a group of around 2,000 adolescents, half of which were given two doses of the BioNTech-Pfizer vaccine and half a placebo.

Of the vaccinated group, none of the individuals contracted COVID-19 while 16 children in the control group did. Those tested suffered only mild to moderate reactions, the study said.

The results of the study had been made available to the EMA, German news agency dpa reported.

Moderna, which uses the same Messenger RNA technology as the BioNTech-Pfizer shot, said earlier this month its vaccine was 96% among those aged 12 to 17, according to initial clinical trial results.

Health authorities in the US said they were looking into a small number of reports of heart inflammation among some younger people who received mRNA vaccines.

"Most cases appear to be mild, and follow-up of cases is ongoing," the US Centers for Disease Control and Prevention (CDC) said.

What are German medical officials saying?

Despite the eagerness of German politicians to start vaccinating children, the decision about who gets access to the doses is up to the country's vaccine commission, StiKo.

One of the 18 members of the commission, Martin Terhardt, asserted the apolitical nature of the body in an interview with local public broadcaster Bayerische Rundfunk.

"We are an independent, scientific panel, we have rules and an agenda which hold us to a specific methodology," he said on Friday.

"And we will make the decision as we always do, in line with scientific, not political, criteria, nor will we be influenced by any pressure," he added.

Merkel: 'Young people will be eligible for a vaccination appointment'

President of the German Medical Association Klaus Reinhardt expressed hesitation at the idea of vaccinating children, saying that the data on the risks was "currently still insufficient," in a conversation with the German newspaper Rheinische Post.

The head of the German Interdisciplinary Association for Intensive Care and Emergency Medicine, Florian Hoffman, also raised concerns, suggesting that with the tight vaccination capacities, children — who are usually asymptomatic or more mildly affected — are not the priority.