Which countries grant unconditional birthright citizenship? | World| Breaking news and perspectives from around the globe | DW | 31.10.2018

Donald Trump has said children born on American soil should not automatically get citizenship, claiming that the US is "the only country in world" to do this. DW shows where else "jus soli" is enshrined in law. 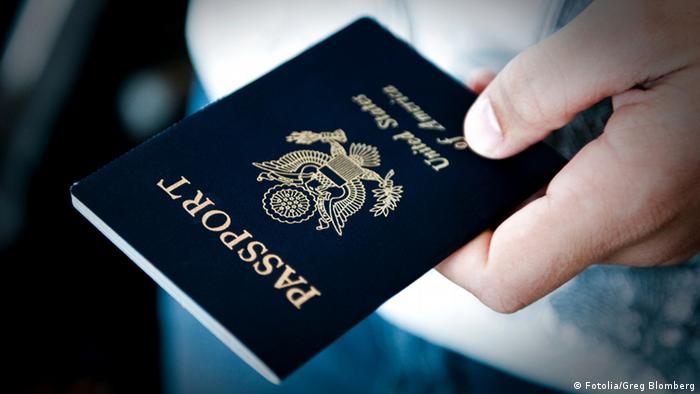 In the final days before the US midterm elections, President Donald Trump has called for doing away with automatically granting an individual American citizenship if he or she is born within and subject to the jurisdiction of the US. This includes the children of noncitizens, whether documented or undocumented.

"We're the only country in the world where a person comes in and has a baby, and the baby is essentially a citizen of the United States," Trump claimed.

In fact, the US is one of a number of nations that automatically grant citizenship to those born on their soil, regardless of any other conditions. This right is commonly referred to as unconditional or unrestricted birthright citizenship, more formally known as jus soli ("law of soil"). Jus soli can also be conditional, and Trump on Wednesday sought to argue that this might be the case for the US as well, pointing to a subclause in the wording of the 14th Amendment of the US Constitution.

Birthright citizenship contrasts with blood citizenship, or jus sanguinis ("law of blood"), in which a child inherits citizenship from its parents, often from the father if the parents do not have the same nationality.

Along with the US, 29 other countries currently bestow automatic citizenship to any individual born within its borders, excluding the children of foreign diplomats or of enemy forces occupying the country. They are: 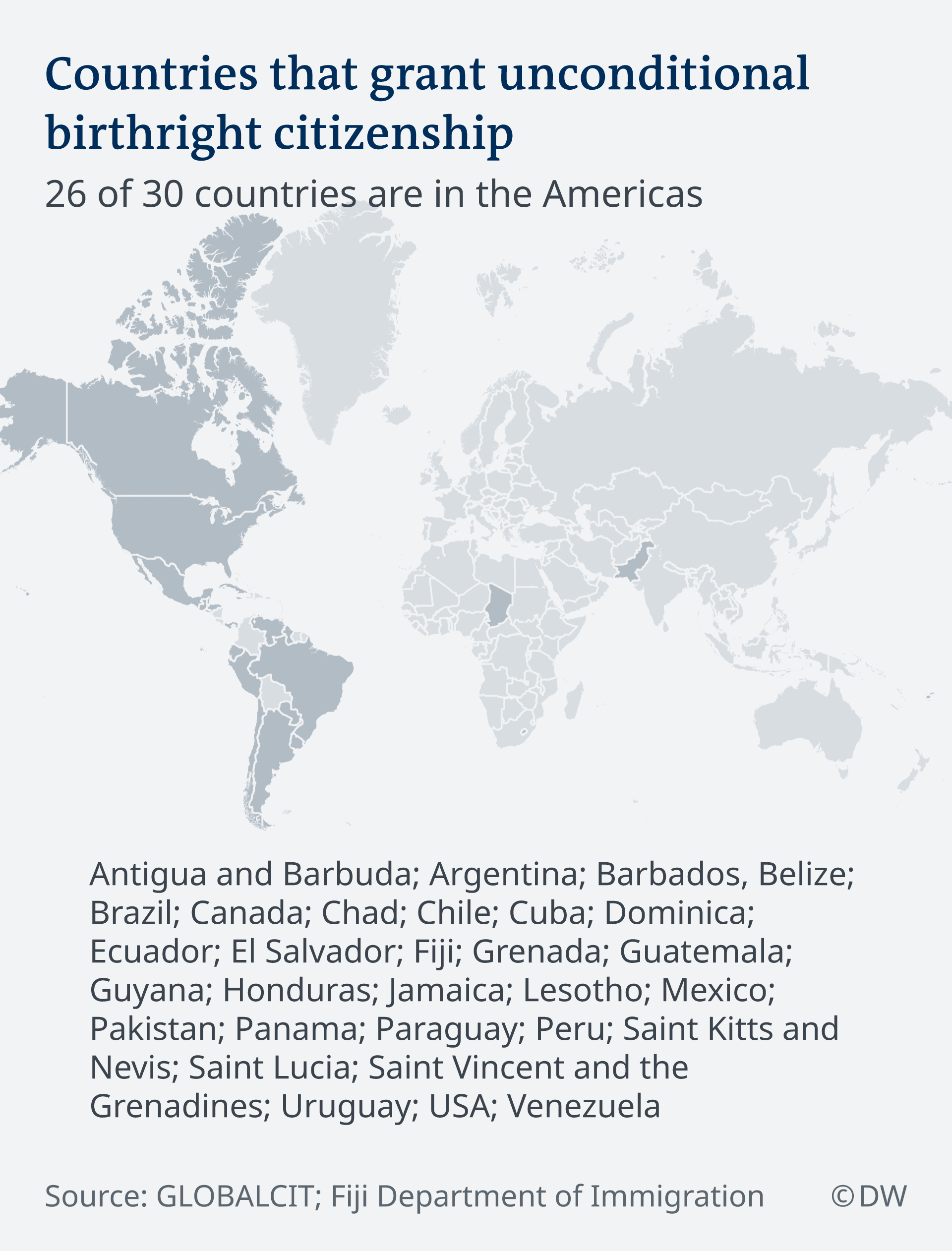 These countries either have legal systems derived from English common law, where the practice of jus soli developed, or instituted the citizenship measure in order to attract people to their countries, such as in Central and South American nations.

Many countries grant citizenship to individuals born on their territory provided that certain criteria are met, such as one parent being a citizen of the country or a legal resident. For instance, the constitution of the Dominican Republic explicitly rules out granting citizenship to the children of individuals residing illegally in the country. Malaysia's constitution states that a child born on Malaysian soil must be born to permanent-resident foreigners. Other countries offering conditional birthright citizenship include Australia, Colombia and Ireland.

Have any countries changed their birthright citizenship laws?

Germany, however, has liberalized its citizenship laws slightly in recent years. Whereas citizenship used to be based exclusively on parents' nationality, since 2000 the children of nonethnic German parents may acquire citizenship at birth if at least one of their parents has held permanent residence for at least three years and resided in Germany for at least eight years.