′When Kiribati disappears, we′re going to die with our kids′ | World| Breaking news and perspectives from around the globe | DW | 11.12.2013

In a landmark case, Kiribati native Ioane Teitiota claimed refugee status in New Zealand as a victim of climate change. With his plea rejected, his hope of a better life is sinking quicker than his Pacific islands home. 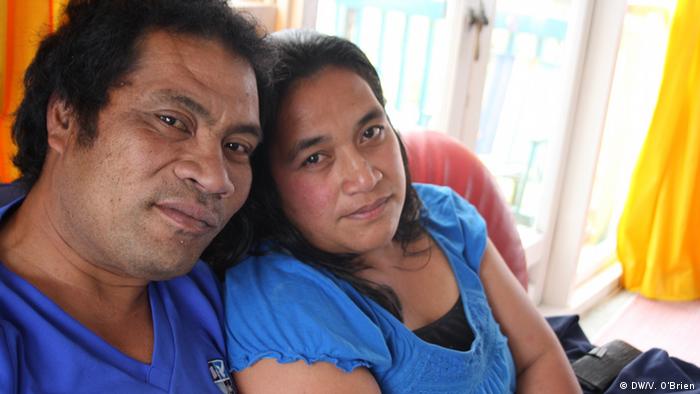 Thirty-seven-year-old Ioane Teitiota's rented home in Ranui, West Auckland, is no palace, but it is his refuge - temporarily at least.

The run-down wooden structure in a multi-cultural area of Auckland is sparsely furnished, as if the family does not want to invest anything in a future now uncertain.

Even the Christmas tree remains undecorated for this traditional Christian family, as last week the Auckland High Court declined their application for refugee status. Because they stayed in the country after their residence visas expired, they were told that they could be deported as soon as December 22. Now that date has been extended until the end of January.

Their main living area is decorated with only three covered couches, a television and a yellow Pacific island banner to remind Teitiota, his wife, Angua Erika, and his three children, Yolisa (5), Tebukaiti (3) and Riango (16 months), of their other home, the Pacific islands of Kiribati.

It's a home they say they cannot return to for fear that rising ocean levels will swallow Kiribati - and them with it - within 20 years.

As the family huddle together on the couch, Erika softly dabs at the tears that stain her cheeks. "We hope we can stay in New Zealand for our future life. Not for us, but for our kids' future lives," she says.

Ioane Teitiota and Angua Erika took the six-hour flight from Kiribati to Auckland to take up work visas in 2007. Teitiota toiled on a vegetable farm while Erika worked as a waitress. Their three children were born in New Zealand, but were not entitled to New Zealand citizenship due to change to New Zealand's immigration law in 2006.

In a further stroke of bad luck, Teitiota says they weren't advised by their former immigration lawyer that claimants are not legally entitled to apply for another visa after 45 days of overstaying. Their work visas expired in 2011, but they remained in the country illegally, ruining their chances to apply for new visas. 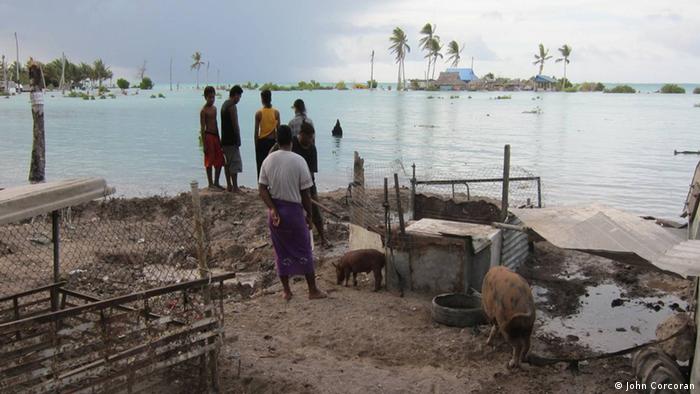 A year earlier, Kiribati President Anote Tong told the Global Platform for Disaster Risk Reduction in Bangkok that migration would not be a matter of choice for the next generation, but a matter of survival.

Teitiota and Erika see it that way too.

"There's no job for us when we go back home," Erika says, whose English is far better than her husband's. "It's very hard. There's no future life there. We are looking for a future life for our kids."

But that's not even their greatest fear.

"When we go back to Kiribati, it's hard for our three kids to stay there when we know that in 20 or 30 years Kiribati will disappear under the rising sea level," says Erika.

Fear of an Atlantis-like end is not just a legend for the people of Kiribati. University of Waikato PhD candidate and Kiribati native John Corcoran presented evidence to Auckland's High Court in support of Teitiota's claim last week. 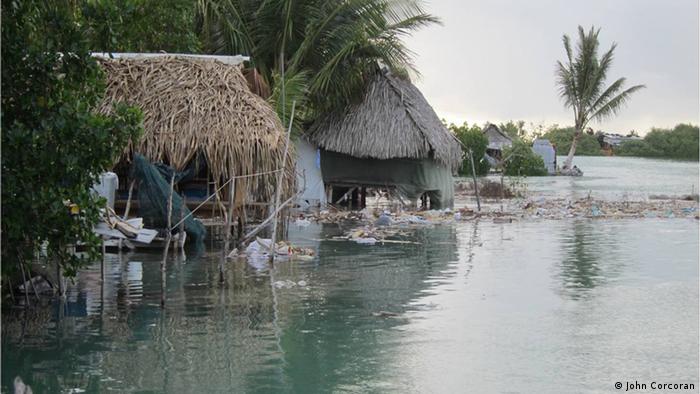 High spring tides now flood causeways and land destroying residential dwellings and businesses, increasing the salinity of the soil, destroying traditional food crops through the diminution of arable land and contaminating fresh water sources, resulting in a deterioration of the population's health. Geographically, the islands are small fragments and all no more than three meters above sea level.

Scientists attribute this to climate change. A 1989 United Nations report lists Kiribati as an endangered country due to rising sea levels, and the Intergovernmental Panel on Climate Change 2007 report states that Kiribati is vulnerable to climate change.

The New Zealand High Court Tribunal accepted the 2007 National Adaptation Program of Action which had been filed by the Kiribati government under the United Nations Framework Convention on Climate Change (UNFCCC), and accepted Teitiota and Corcoran as credible witnesses. It did not, however, accept the key argument made by Teitiota's lawyer, Michael Kidd.

Kidd argued that Kiribati's fate was directly due to climate change, which stemmed from the carbon emissions of industrial and primarily Western nations.

"My point is that weather and climate change is a form of indirect persecution due to human agency, rising CO2 levels," Kidd says.

However, Justice John Priestley determined that there was no malice on behalf of Western nations; a key determinant in defining persecution under the United Nations Refugee Convention.

Kidd believes Teitiota and his family still have a chance to get refugee status and he plans to make his case to an appeals court. 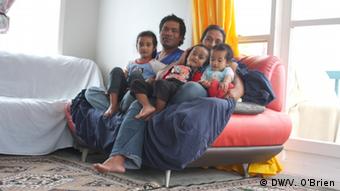 Born in New Zealand, Teitota's three children could face a life of uncertainty in Kiribati

"The (UN) Refugee Convention needs to be interpreted in light of the Kyoto Protocol," he says, referring to the international agreement that commits states to set binding targets to reduce harmful emissions that contribute to climate change - and the rising sea levels threatening Kiribati.

Kid argues that New Zealand's duties as a signatory of the Kyoto Protocol and through its Care of Children Act alter the intention of the Refugee Convention. He says the 1951 convention is outdated and needs to be revised in light of modern issues such as climate change.

A test case for climate refugees

Meanwhile, it's a nail-biting time for Teitiota and his family, as they wait to see if the court will hear their appeal, or whether they will be forcibly deported to Kiribati.

Erika says they are not fighting the court case for their future only: They want to make a way for the rest of the 103,000 strong population of Kiribati and other Pacific nations who face migration due to climate change. Western countries, she says, need to be held responsible for their actions. Nobody wants to leave their country, but when they have no choice, they need somewhere to go.

'People are dying as a result of climate change'

The case of Ioane Teitiota, the first person to ever apply for refugee status due to climate change, has been rejected. His lawyer Dr. Michael Kidd says industrialized nations have to take responsibility. (27.11.2013)

Since 2002, almost 400 people of Cambodian origin who grew up in the US have been deported to a country they knew little about. Some make the shift successfully, but for others, the feeling of displacement is permanent. (13.11.2013)