′People are dying as a result of climate change′ | Environment | All topics from climate change to conservation | DW | 27.11.2013

'People are dying as a result of climate change'

The case of Ioane Teitiota, the first person to ever apply for refugee status due to climate change, has been rejected. His lawyer Dr. Michael Kidd says industrialized nations have to take responsibility. 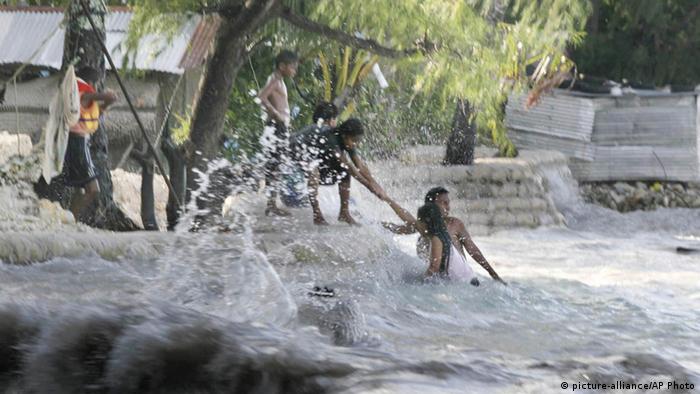 Ioane Teitiota and his wife moved to New Zealand from the low-lying Pacific island nation of Kiribati six years ago. He said that rising sea levels had made it dangerous for him and his family to return home. According to the judge's ruling in this case, Ioane Teitiota did not fit the definition of a refugee under international guidelines. Dr Michael Kidd is the lawyer representing Mr Teitiota.

DW: Dr Michael Kidd, what is your reaction to the ruling?

Michael Kidd: Obviously my client Mr Teitiota and I were very disappointed. I was a bit surprised by the judge's reasoning in a couple of areas. One is he said that if we allow this case, there will be - he used the word millions - of people who want to become refugees of one sort or another, and I don't think that's very good reasoning at all. It's ignoring the circumstances of a particular case.

If you had been successful, you would have broadened the international definition of what a refugee is. You must have known taking on the case that it could be a long shot. So aside from hoping to win this case, what did you hope to achieve?

Publicity for the plight of people affected by climate change in the world. Not only people in the Pacific low-lying atolls, but in Africa, the Arctic - people there are suffering from melting ice, forest fires in Australia, forest fires even in the United States, all caused by rising temperatures and less rain due to climate change. So I was quite conscious of trying to make a point.

So you're really trying to draw attention to the human story here.

Yes. I want to take up a point the judge made in relation to that point. He said that industrial powers that have caused most of the pollution can't be held responsible because they're not doing it out of malice. My rebuttal to that is the industrial nations can foresee that if they do not stop using fossil fuels and causing CO2 levels to rise, they can foresee clearly that it could damage low-lying atolls. So that if you apply the legal foreseeability principle then I think you've got a nexus there to say, well, if they don't stop it, then they're being negligent, or even in some cases criminally negligent, because people are dying as a result of climate change. 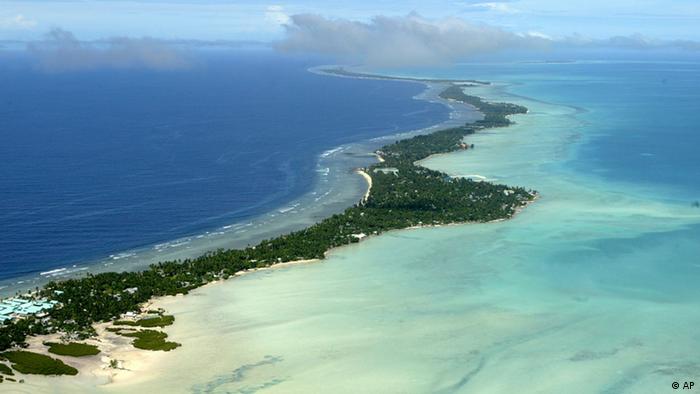 This is one of the most interesting points in this case. In rich countries, many feel a sense of separation from people grappling with the immediate impacts of climate change. This case seems to have triggered a larger debate on the kind of responsibility industrialized nations have to people who are unable to cope with the environmental changes.

That very point is a very good appeal point, because I think the judge has misapplied the legal concept of foreseeability in saying that because people don't intend malice, they are not responsible. But in fact, genocide - the legal definition of genocide - doesn't require actual malice, it's the actions. You don't necessarily have to have a malicious intent to wipe people out, it's actually the consequences of your actions that are held to determine whether or not genocide exists. So it's the same really with climate change - the same principle applies to climate change. I recognize that I am being provocative - I'm being provocative because in a couple of hundred years' time, we may not be able to live on this planet any more, because of the effects of climate degradation.

Returning to the case of this family: there is a possibility that you are going to appeal, but if Mr Teitiota and his family have overstayed their visas, and if they are denied the ability to apply either as refugees, or even get immigration permits, what will happen to them now?

Once the 28 days for appeal has run out, they'll be visited by immigration officers and flown out of the country - the whole family, not just Mr Teitiota.

Yes, and his wife - they will all be deported. And that's about two days before Christmas.

What are the conditions on Kiribati?

Dr Michael Kidd is a New Zealand lawyer representing Ioane Teitiota, a man who applied for refugee status because of climate change.

A Pacific islander whose homeland is threatened by rising seas has failed to become the world’s first climate change refugee. A New Zealand court has dismissed the case, saying the man didn't meet international criteria. (26.11.2013)