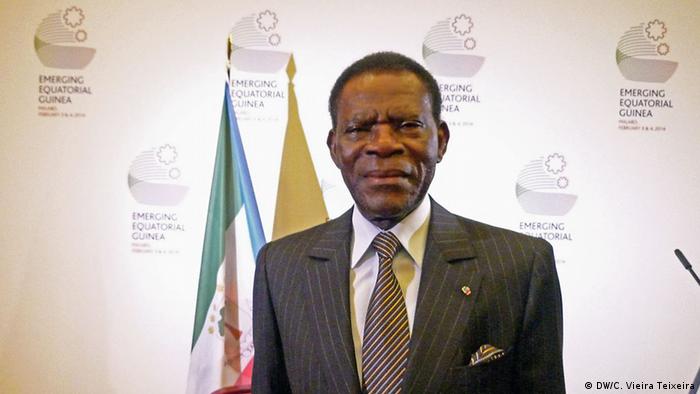 When word of the border wall reached the Cameroonian capital Yaounde at the end of July, army chief Rene Claude Meka promptly set out to tour the 180-kilometer (111-mile) stretch.

On the Equatoguinean side, locals had been informed that the border wall was intended to keep out West Africans wanting to enter the country without authorization.

Meka talked on state radio of an "encroachment" and "expansionist ambitions"  that would not be tolerated, and anger began building among Cameroon's citizens. Reports of officials in Equatorial Guinea laying demarcation beacons near the town of  Kye-Ossi made matters worse.

When the government of Cameroon summoned Equatorial Guinea's ambassador Anastasio Asumu Mum Munoz to explain, he confirmed the plan. Munoz, however, dismissed Meka's allegation of enroachment and reports of demarcation as misleading.

"I feel very bad because goods will not come again to Cameroon and farmers won't sell again in Equatorial Guinea. What are they expected to do with their goods?" Kome Pascal, a cross-border merchant, told DW.

Pascal sells foods and building materials in Gabon, where he buys wine for resale in Cameroon. Cameroon is a gateway for traders across central and western parts of Africa. It has measures in place to screen those wanting to exit its borders. In August 2019 alone, authorities have so far arrested more than 100 Togolese, Burkinabe, Ghanaian and Nigerian nationals who were bound for Equatorial Guinea and Gabon without the necessary documents. 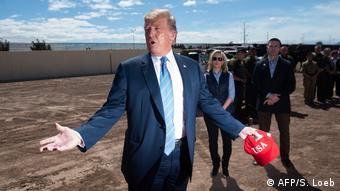 The political instability in Cameroon in recent years has fueled the movement of people across borders to places such as Equatorial Guinea.

One Cameroonian woman who spoke to DW predicted that a border wall would slow economic growth in the two countries.  "But Cameroon will suffer most because it will be difficult for business people to import goods."

Equatorial Guinea has often accused Cameroon of letting its citizens and West Africans cross into its territory illegally. 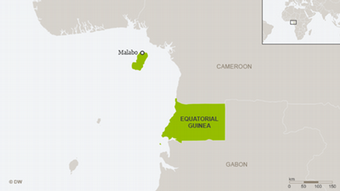 The two nations are members of the Central African Economic and Monetary Community (CEMAC).  A border wall would undermine Equatorial Guinea's role in the six-member bloc which agreed to scrap visas  in 2017.

Political analysts suggest there may be more to the border wall plan than meets the eye.

"There was a problem in Equatorial Guinea because there was a coup, then the government had to protect itself and said it was suspending the visa-free agreement,” said  Christian Mbock, a lecturer at the National University of Equatorial Guinea. "It is a complex situation." 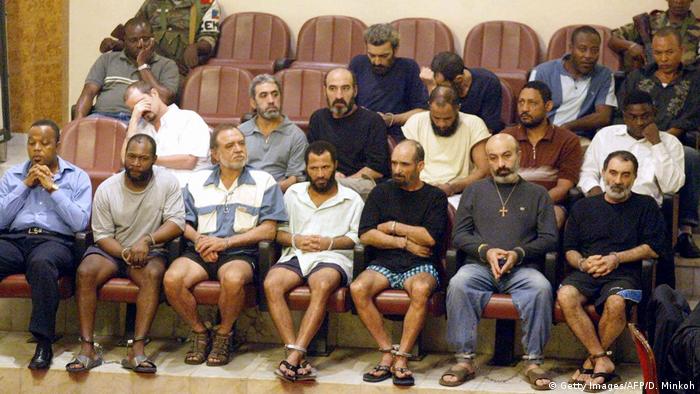 Equatorial Guinea's President Teodoro Obiang Nguema has been in power for 40 years, with his son Teodorin Obiang as deputy. Obiang is ranked as one of the wealthiest heads of state and is often compared to Ugandan dictator Idi Amin.

Security has been a major priority for Obiang since a widely publicized international coup bid in 2004. The foiled attempt to unseat him involved a web of mercenaries and financiers from Britain, the US and Spain to South Africa, Zimbabwe and other places. Mark Thatcher, the son of the former British prime minister was among those implicated.

In December 2017, dozens of foreign nationals were arrested on weapons charges at the border in Equatorial Guinea. The government said they were plotting to destabilize the country.

Their nationalities were given as Chadian, Central African and Sudanese. They were carrying rocket launchers, rifles and a stockpile of ammunition.

In the wake of the incident, Equatorial Guinea sealed its border with Cameroon for six months.

President Teodoro Obiang Nguema has been the country's president for 37 years. The party of Africa's longest serving leader was widely expected to win the vote. (12.11.2017)

President Teodoro Obiang Nguema has been re-elected with 93.7 percent of the vote. While campaigning, he described himself as having "dedicated his life to the country," but acknowledged "many" were tired of him. (28.04.2016)

Biya's victory was widely predicted following an election marred by allegations of fraud. But the government's crackdown on influential activists suggests Biya's decades-long hold on power may be slipping. (22.10.2018)

African leaders who change laws in order to stay in power

In order to remain in office, many African leaders change their countries' constitutions. They appear undeterred by the ousting of Burkina Faso’s Blaise Compaore who tried to remove the time limit on his presidency. (11.11.2014)

The bittersweet reality of intra-African migration 17.12.2021

Africans are getting around their continent in ever greater numbers these days. But the poor treatment many receive in some countries casts a shadow over the prospects for integration.

New documentary explores one of the world's oldest dictatorships 19.10.2020