Teodorin Obiang had lived the high life in Paris and elsewhere for years. The son of Equatorial Guinea's president has been found guilty of corruption and money laundering by a French court and his assets seized. 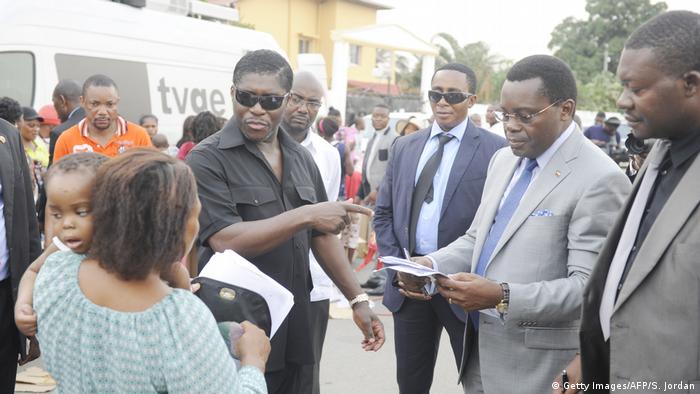 Teodorin 'Teddy' Obiang in Malabo in 2014

The eldest son of President Teodoro Obiang who is also Equatorial Guinea's vice president was given a three-year suspended prison sentence and a suspended fine of €30 million ($34.78 million) after being found guilty of corruption by judges at the High Court of Paris (Tribunal de Grande Instance de Paris) on Friday.

The court also ordered confiscation of seized assets - including a 101-room mansion on the Avenue Foch in central Paris which was bought for €25 million in 2005.

The 48-year-old Teodorin Obiang did not appear for any of the court hearings since being indicted in 2014 by the High Court of Paris on money laundering charges. He was sentenced on Friday in absentia. His last known whereabouts were in Africa, according to his now-suspended Instagram account @teddynguema.

Anti-corruption campaign groups Sherpa and Transparency International had been instrumental in providing evidence over a 10-year period for the case in France:

Salary of thousands, spending of millions

Paris prosecutor Jean-Yves Lourgouilloux said Obiang's "fraudulent spending" amounted to more than €150 million euros. His salaries as agriculture and forestry minister and then as vice president were in the region of €86,000.

Obiang also owned, and displayed via his Instagram account,18 luxury cars in France, artworks, jewelry and expensive designer fashions, the Paris court found. Eleven more of his luxury cars were seized last year in Switzerland and he also faced charges in the US which led him to forfeit his $35 million mansion in Malibu, California, a Ferrari, and some of his Michael Jackson memorabilia. 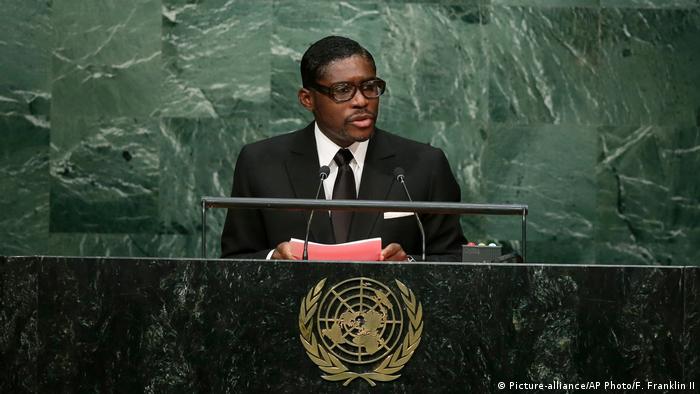 Equatorial Guinea is the third-largest oil producer in sub-Saharan Africa with the highest per capita income on the continent. But despite the wealth, roughly half the population lacks access to potable water and half of children who begin primary school never complete it. In a recent television interview, President Obiang denied there was poverty in Equatorial Guinea. His son said his wealth had come from legitimate sources.

Two of France's banks were criticized by the court for their perceived complacency towards Obiang's finances. The court found they had been slow to act and their role was taken into account as suspended sentences for Obiang were justified by the judges.

Benedicte de Perthuis, the most senior judge hearing the case, told the court: "The attitude of Societe Generale, similar to that of the Bank of France, may have led (Obiang) to think for a long period of time that there was, in France, some kind of tolerance for these practices." 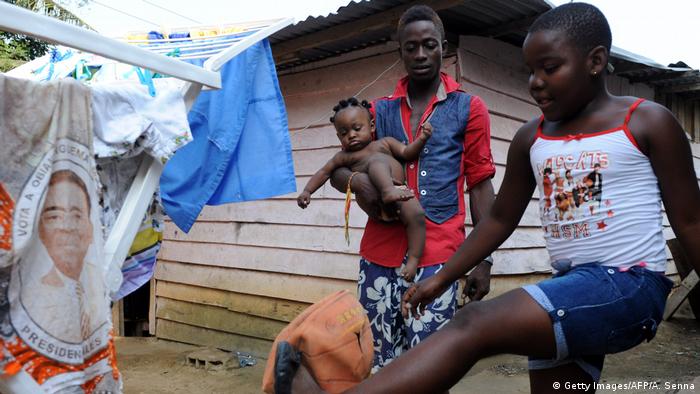 Obiang's case is one of three French investigations being followed online under the "ill-gotten gains" ("biensmalacquis") hashtag. It comes from the French proverb "a thing dishonorably obtained never truly enriches."

The other cases concern the family of Gabon President Ali Bongo who are reported to have 39 luxury properties in France and the family of Congo-Brazzaville's president, Denis Sassou-Nguesso, who have 24 properties. They also have an estimated 200 bank accounts, according to French police.

On its website, the French foreign ministry says the "fight against illicit financial flows is a priority for the French authorities," calling money laundering "central to criminal activities and" and a "threat to the economic and political stability of countries and international security."

Since 2010, the Anti Money-Laundering Steering Committee (COLB) has been coordinating the efforts of all French government departments and professional authorities with a due diligence requirement.

A French court decided to adjourn the corruption trial of the son of Equatorial Guinea's president until June 19. Proceedings in the case against Teodorin Obiang have come to a halt two days after they had begun. (04.01.2017)

Teodorin Obiang is accused of buying swanky Parisian property and luxury cars with embezzled money. It's not the first case against Obiang; in 2014, the US seized his Miami mansion and Michael Jackson memorabilia. (02.01.2017)

While most of Equatorial Guinea lives in poverty, the son of the country's dictator has had a luxury yacht designed at a German shipyard. Transparency groups are seeking better control of cash flows from dubious regimes. (28.02.2011)