While most of Equatorial Guinea lives in poverty, the son of the country's dictator has had a luxury yacht designed at a German shipyard. Transparency groups are seeking better control of cash flows from dubious regimes. 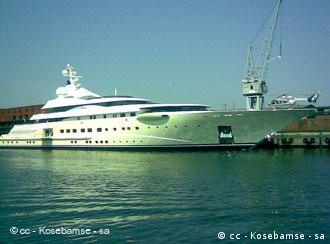 The new yacht has the same designer and may resemble this yacht, the "Pelorus"

The London-based anti-corruption campaign group, Global Witness, said it has evidence that Teodorin Obiang, the Minister of Agriculture and Forestry of the tiny West African state of Equatorial Guinea, has plans to order a luxury yacht worth hundreds of millions of dollars from a shipyard in northern Germany.

In a report published today, Feb. 28th, the organization condemned the fact that Obiang, the son of Equatorial Guinea's notorious president, spends vast amounts of money on personal vanity projects while his country's citizens live in abject poverty. 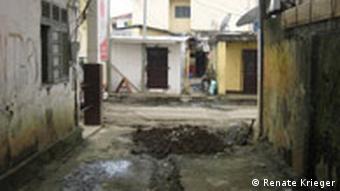 Slums abound in capital Malabo, despite the wealth enjoyed by the country's elite

After learning that Obiang had contracted Kusch Yachts - a shipyard located in the town of Wewelsfleth around sixty kilometers downriver from Hamburg on the river Elbe - to draw up plans for a luxury yacht, Global Witness sent an undercover investigator to the company. The investigator discovered that the design for the yacht, by the British designer Tim Heywood, had already been completed.

The investigator says he was given specific details about the project by some of the company's engineers.

"I was told that the yacht will have around 23 guest rooms, a cinema, a restaurant and bar, a helipad and a swimming pool," he told Deutsche Welle. The overall cost of the yacht, codenamed Zen, is expected to be around $380 million, making it the second-most expensive private yacht in the world.

In an email to Global Witness, Kusch Yachts confirmed that Teodorin Obiang is among its customers. When approached by Deutsche Welle, the company's managing director, Mark Dethlefs, declined to comment further: "It is common practice for companies involved in the construction of mega yachts to treat clients with absolute confidentiality," he said.

It is unclear whether an order for the yacht has been placed yet. However, Global Witness is urging Kusch to repudiate any deal with Obiang and to refuse his money, most of which the group alleges is the result of corruption. To back up its claims, Global Witness is citing a preliminary investigation from 2007, in which the U.S. Justice Department concluded that most of Obiang's assets "have originated from extortion, theft of public funds, or other corrupt conduct."

No charges were filed at the time. 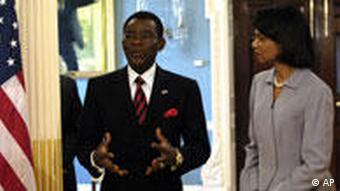 Teodorin Obiang's father, President Teodoro Obiang Nguema Mbasogo, has ruled Equatorial Guinea with an iron fist since he took power in a bloody coup in 1979. His government is frequently named one of the most repressive regimes in the world.

"It's one of the worst dictatorships," said Dr. Matthias Basedau, a senior research fellow at the Institute of African Affairs at the German Institute of Global and Area Studies. The human rights watchdog Freedom House has placed it in its top-ten list of most repressive regimes, along with North Korea.

"De jure it's a multi-party system, but in reality that's pure facade. Real power lies with the Obiang family," Basedau added. In 2009, a human rights assessment of the country by the U.S. State Department reported unlawful killings by security forces, torture, official impunity, restrictions on freedom of speech and government corruption.

Equatorial Guinea is a steady supplier of oil to the West, with the mineral resource having been discovered in the country in the early 1990s. International energy companies including ExxonMobil are extracting oil in the country.

As a result, Equatorial Guinea has become fabulously rich. At nearly $38,000, its per-capita gross domestic product (GDP) stands among the top 30 in the world, according to the 2010 CIA World Factbook. But only a tiny elite actually stands to profit. The vast majority of the Equatorial Guinean people lives in abject poverty. According to figures from the International Monetary Fund, over three quarters of the population earn less than one dollar per day. 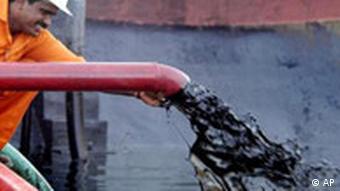 In contrast, the projected price of Obiang's new yacht is roughly three times the annual amount Equatorial Guinea spends on both its health and education budgets. "It seems like an obscene amount of money to be spending on a luxury item given the levels of poverty in the country," said Robert Palmer of Global Witness.

Global Witness is also urging financial institutions to refuse doing business with Obiang. "A deal like this wouldn't be possible without help from European banks who are willing to take Teodorin's questionable money," Palmer said.

"Banks have a legal obligation to do checks on the source of funds of their clients," he said. "Teodorin's official salary is $4,000 to 5,000 a month. I would really be interested to know what checks these banks could possibly have done to reassure themselves that these funds were not the proceeds of corruption."

Anti-money laundering regulations require banks to report to the authorities any financial transaction involving money they suspect has been generated through corruption. But illegal assets are often hidden in financial constructions such as trust funds or estates, allowing the real owner of the money to remain obscure. Such trusts are notoriously difficult to monitor.

"Monitoring all assets of all political figures around the world in real time for legitimacy would be far too complex," said Caspar von Hauenschild, one of the directors of the German section of the anti-corruption organization, Transparency International.

"It's frustrating but all that can be done at the moment is to wait until a country has rid itself of a despot before it's possible to check whether their assets were acquired legally," von Hauenschild said. Transparency International wants existing methods for recovering stolen assets to be strengthened.

"We have to preemptively sharpen the weapons we already have at our disposal. Everyone who embezzles money while in a position of political power must be aware that they are likely to be found out once they lose that power," von Hauenschild said, citing as examples the recent ousting of the leaders of Egypt and Tunisia, and the subsequent freezing of their European assets by the authorities. 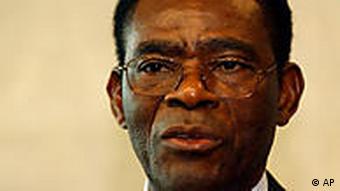 A German embassy opened in the country in September, and Lufthansa offers three weekly flights from Frankfurt to the capital, Malabo. Neither the German Foreign Ministry nor the Ministry for Economic Cooperation and Development were willing to comment on this obvious discrepancy.

Germany currently has no trade embargoes in place against Equatorial Guinea. And unlike banks, private companies in Germany aren't required to ensure that their customers' money was earned legitimately. So selling luxury goods to Teodorin Obiang as such doesn't constitute a legal problem.

While Global Witness argues that Germany should extend its anti-money laundering rules to include private companies, the argument remains a largely moral one. Whether industry will actually heed such moral arguments is questionable.

"No car dealer is obliged to ask whether his customer is a criminal, and neither are our members," said Claus-Ehlert Meyer, managing director of the German Boat and Shipbuilders Association, of which Kusch is not a member.

"I think a shipyard cannot and should not be obliged to check how its customers have acquired their funds," said Meyer. "Also, it wouldn't change anything. If a shipyard refused to do business with a customer because of how they've earned their money, the customer would simply find another country in which to spend it," Meyer said.

Legislation in the US has imposed new regulations on companies trading in raw materials. It's hoped the rules will shine light on cash flows that often benefit only a corrupt elite instead of helping reduce poverty. (14.02.2011)

Libya produces a sizeable chunk of the world's oil, and is Europe's third largest supplier. Oil prices jumped on Tuesday in response to the violence, and pressure is mounting on OPEC to free up more supplies. (22.02.2011)