What's behind far-left candidate Melenchon's surge in the French polls? 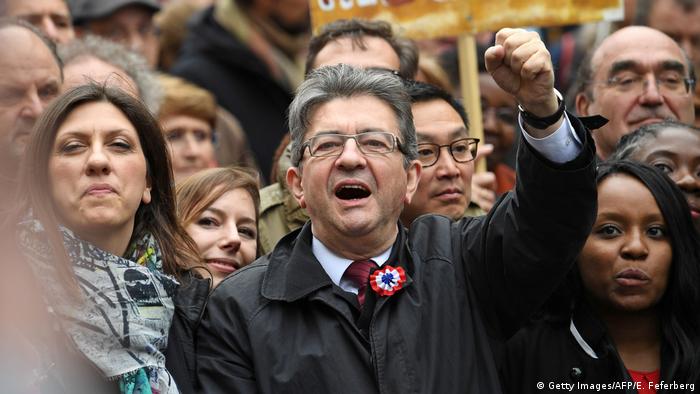 France's far-left presidential candidate Jean-Luc Melenchon was never supposed to get this close to the Elysee Palace.

Once a distant fifth in the running for the French presidency, the Communist-backed candidate's trademark quick wit and eloquent anti-capitalist discourse delivered over two televised debates have catapulted him into third in the polls, according to surveys.

The sudden surge in popularity has seen the firebrand leftist reportedly overtake conservative Francois Fillon, once considered the frontrunner, and to within touching distance of far-right leader Marine Le Pen and centrist Emmanuel Macron.

This year's French election has been characterized as a contest between the traditional center-ground and a wave of anti-establishment populism.

Economic stagnation and lackluster job growth have shift support towards what were once considered the fringes of the spectrum. And tainted by scandal, the electorate has been left disillusioned with the traditional left and right parties.

Having denounced France's austerity polices, Melenchon has promised to heavily tax the rich and increase public spending. The most radical rate would see all earnings of above 400,000 euros ($425,000) taxed at 100 percent - placing, in other words, a salary cap on high earners. That, he says, would enable the state to increase public spending by 173 billion euros over five years.

His campaign pledge has also prompted the conservative daily "Le Figaro" to label Melenchon the "French Chavez." In an editorial, the newspaper to declare that, under the far-left politician, France would be forced to import its own wine and cheese.

Melenchon hit back at accusations from the center in his blog on his blog: "Once again my election victory is being announced like the onset of a nuclear winter, a plague of frogs, the Red Army's tanks and the landing of the Venezuelans."

However, it's Melenchon's euroskeptism and pledge to review France's role within the EU and across a series of trade pacts that have the markets spooked.

Melenchon's surge in the polls has made the euro and eurozone bond yields vulnerable to investor unease. With at least one of the two euroskeptic candidates in Melenchon and Le Pen expected to perform well in the first round of voting, the euro could find itself in store for some punishment. If both were to make the runoff vote, analysts would likely anticipate an impending"Frexit"and collapse of the single currency.

Although Melenchon's anti-EU, pro-industry campaign shares much of the same discourse as that of the National Front's (FN) Marine Le Pen, his rival on the far right, his rhetoric on Islam and immigration could not be more different. At a rally in the southern French city of Marseille Saturday, Melenchon urged is supporters to pay their respects to the thousands of refugees that have lost their lives trying to cross the Mediterranean Sea into Europe.

A major qualm for prospective FN voters is the party's authoritarian and anti-Semitic past. While Le Pen has done her utmost to reconcile the party of its former image, Melenchon's populism with a heart has helped him stake out the opposition ground from her.

A star in the digital age

Although Le Pen Pen has so far taken most of the spoils from France's populist mood, Melenchon has been tapping into the populist zeitgeist for years. Nowhere is this more evident that in his online presence. His website is reported to be the most visited out of all other candidates, while his YouTube channel enjoys the most views, comments and subscribers. One such video showed him turning him up at a McDonald's to join a blockade of workers seeking pay rises.

Similar to Bernie Sanders' presidential campaign in the US, Melenchon's viral appeal has seen him become a hit with young French voters. Ifop poll, 23 percent of voters under 35 say they intend to vote for Melenchon - 4 percent fewer than those who intend to vote for the 39-year-old Macron, but far ahead of all other candidates. 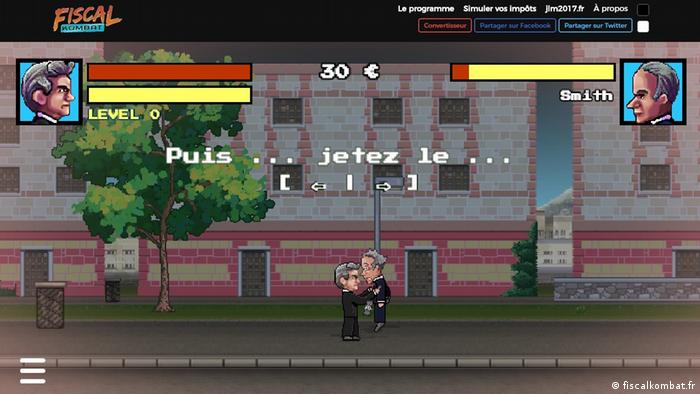 Melenchon's economic policy is perhaps best encapsulated by a popular video game put out by his supporters called Fiscal Kombat. In it, a rudimentary caricature of Melenchon grabs by the shoulders and shakes them until money begins falling out f their pockets. That money, which the game implies has been stolen from public coffers, goes back towards building a fairer economy.

In typical fashion, Melenchon didn't just endorse the game; his campaign team uploaded a video of him playing it.

The French center-left party has voted to join the left-wing coalition under firebrand Jean-Luc Melenchon. They are seeking to curb Macron's presidential powers.