A new alliance of centrist politicians in France is good news for those wanting to prevent Marine Le Pen from winning the French presidential elections. Nonetheless, there is still a looming threat of populist success. 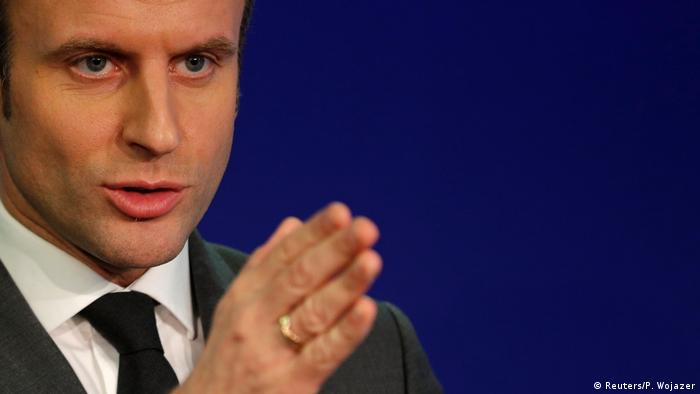 What would happen if the maverick, left-wing French political outsider Jean-Luc Melenchon did end up deciding to support the socialist candidate Benoit Hamon? Current polls suggest that an alliance of the extreme left in France could gather 26 percent of the electorate - more than conservative Francois Fillon garnered in polls prior to a recent slide over his nepotist hiring practices. It is also more than media darling Emmanuel Macron, even though he has found a new, important ally in the kingmaker of centrist politics, Francois Bayrou.

In this case, right-wing populist Marine Le Pen and very left-leaning socialist Benoit Hamon will be facing off in the inevitable second-round runoff on May 7. The economic policies of both candidates are characterized by a complete lack of connection to French and European reality. Make France great again? It certainly will not happen with these two. The electorate basically has to choose between a rock and a hard place - which probably gives Le Pen good chances to win in the runoff. This horrible scenario may be prevented by Melenchon. The old warhorse is as stubborn as he is leftist. Cooperation is not his thing.

No alternatives to Macron

In other words, the French must manage to find a candidate for the first ballot - someone both conservatives and socialists would want to vote for. They may have to plug their noses and close their eyes – however, they should not have a great aversion to them. Then, Hamon would drop out and probably Francois Fillon, as well. The Republican candidate has regained lost ground in opinion polls, but the scandal involving past payments to his wife is inexcusable, and may voters share that view.

So the only one left is Emmanuel Macron. One thing is for sure: the 39-year-old will probably not be able to keep the promises he makes to his inspired followers. If he really turns out to be the French Obama – as many believe – then he would be Obama in the later years of his term and not the messiah of the 2008 election campaign. Despite his savior presentation, Macron does not embody the longed-for liberation from the rusty old ways of the French political system. He is selling a catchy new song set to an old tune with his burgeoning movement En Marche" (On the Move!). The truth of the matter is that Macron is a graduate of the elite school ENA, he was a minister in the disastrous Hollande government and he was an investment banker. Three things that make the French see red.

A little bit of Obama

And yet he remains the most convincing response to the Le Pen camp. Unlike former President Nicolas Sarkozy, he knows that there is no point in fishing for new voters in the murky waters of the Front National. Marine Le Pen's supporters do not really seem to be aware of anything that is happening outside of their political cult. They listen to their guru Marine, who smiles beatifically as she administers her lethal poison. Le Pen can always count on her loyal voters, even if the authorities have raided her party headquarters for the apparent misuse of 340,000 euros. But nothing seems to stick to Teflon-Marine.

But now, we return to Macron. Many French voters will find something they like in his finely balanced, pro-European, liberal-minded policies. He is vague enough and he can use his charisma and direct the focus on his personality. That part is a little bit like Obama. Nevertheless, the heartbeat of Macron's election campaign has weakened in recent polls. The experienced Francois Bayrou has thus taken to emergency measures and withdrawn his candidacy. It is an attempt to stabilize the situation and prevent the establishment of a political chamber of horrors made up of the remaining candidates, especially Marine Le Pen. The election campaign is still open in France, despite all the tactical maneuvers.