What we know about the killing of former German president's son

A 57-year-old man is in psychiatric detention after the killing of a Berlin doctor — a son of late German President Richard von Weizsäcker. Prosecutors have revealed the motive behind the attack. 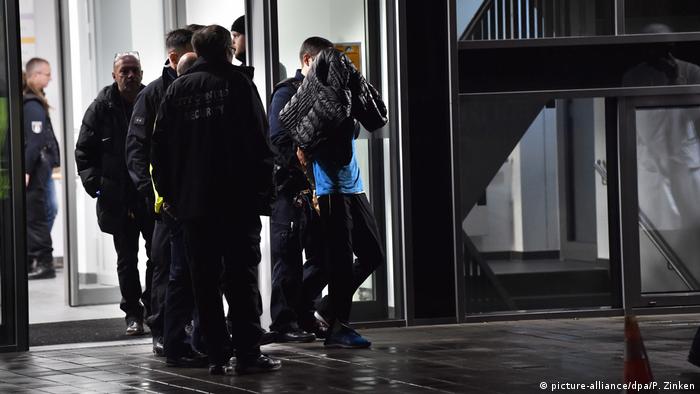 Berlin prosecutors say the suspect in the stabbing of prominent physician Fritz von Weizsäcker admitted to a "delusional general aversion" to the victim's family.

However, there had been no prior contact, according to Martin Steltner, spokesman for Berlin city-state's prosecutors office.

The victim — a 59-year-old liver and hepatitis specialist — was the youngest son of Germany's reunification President Richard von Weizsäcker.

The 57-year-old suspect was diagnosed with an "acute psychiatric illness," and sent to a secure unit.

What do we know about the motive?

Prosecutors did not elaborate, but the news magazine Der Spiegel speculated that the suspect held the doctor's father responsible for "Agent Orange" used by the US during the Vietnam War.

The late Richard von Weizsäcker was German president from 1984 until 1994. Prior to his political career, he was a manager at Boehringer, a chemical company and supplier of components used in Agent Orange. He later spoke of his "distress" at finding out about the defoliant after he had left the firm.

The tabloid newspaper Bild said the suspect, identified only as Gregor S. under Germany's privacy laws, regularly visited Thailand, and had an affinity to the Vietnamese people.

Public broadcaster SWR said police had searched the suspect's home, described as a "rundown apartment" in a housing block in Andernach, a small town on the Rhine river.

During police questioning, the suspect said he had planned the attack in advance.

He had spotted an internet announcement a day before von Weizsäcker held a lecture at Berlin's private Schlosspark Klinik. He then made a 600-kilometer (400-mile) train trip to the capital from his home in the western state of Rhineland-Palatinate.

Towards the end of von Weizsäcker's address, the suspect approached the podium and stabbed him in the neck. Despite efforts by medics, von Weizsäcker died of his injuries.

Around 20 guests at the lecture helped to apprehend the assailant.

The victim was 'open-minded'

Weizsäcker family biographer Hans-Joachim Noack told Spiegel that Fritz von Weizsäcker, a physician and father of four children, was "open-minded and fun-loving” and an "ardent enthusiast” of artificial intelligence.

"He appeared to me to be the most modern of this extended family,” said Noack.

Steffen Seibert, spokesman for Chancellor Angela Merkel, described the fatal attack as a "terrible blow” for the Weizsäcker family and expressed condolences.

"Many accomplished scientists and doctors had benefitted from Fritz von Weizsäcker's tutelage, wrote medical colleague Michael Geissler in an eulogy published by Die Welt on Wednesday.

"With great enthusiasm, he accompanied and supported young medical students on their way to becoming doctors," wrote Geissler, himself the son of the late Heiner Geissler, a high-serving veteran of Merkel's Christian Democratic (CDU) party.

Germany's DKG Hospital Federation on Wednesday said installing access controls like those used at airports would violate the public's wish for open clinics.