What was it like to peer over the Berlin Wall?

Looking over the Berlin Wall into East Germany must have been ominous. Artist Stefan Roloff is giving visitors a chance to experience it. He's installed original images from the 1980s where the Berlin Wall once stood. 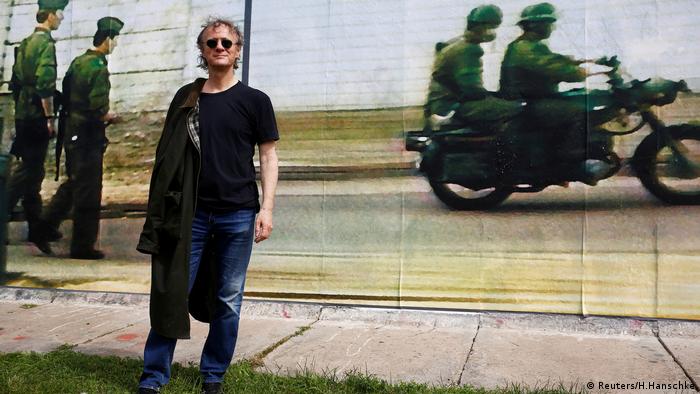 Artist Stefan Roloff at his outdoor Berlin exhibition "Beyond the Wall"

Over a length of 229 meters (751 feet) along the longest stretch of what remains of the Berlin Wall, German-American video artists and filmmaker Stefan Roloff has set up gigantic video stills representing what it was like to peer across the Berlin Wall in the 1980s, across the so-called no man's land, and into communist East Germany.

The stills, which also include silhouette images of East Germans who witnessed that era, were reproduced from videos Roloff had taken of the area in the 1980s.

The exhibition is already visible to passers-by but officially runs from August 13 through November 9. Those dates are no coincidence as they mark the start of the Wall's construction on August 13, 1961, and its historic fall on November 9, 1989.

Read more: What Germany was like when the Berlin Wall was built

'Some things you never forget'

"I always remembered those videos," Stefan Roloff, 64, told DW. In 1984, he filmed East Germans at the border, while standing in West Berlin. After the fall of the Berlin Wall, he later spoke to 70 contemporary witnesses of the era for a deeper look at life behind the Iron Curtain. 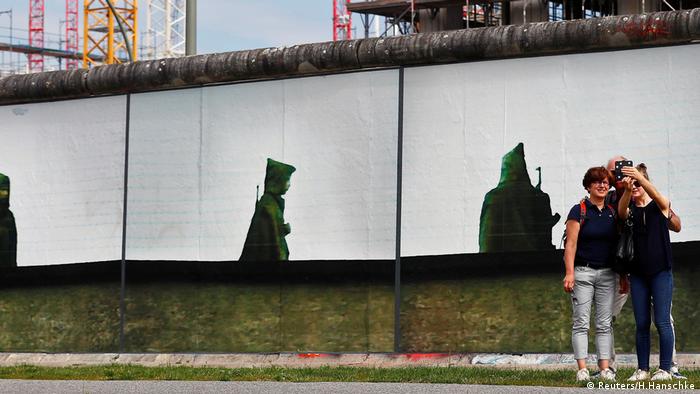 "There are some things you never forget, and it was a very intense situation," Roloff said of his video forays.

Watching the videos again took him right back. "You remember what it was like, even what the weather was like, how you felt," said the artist.

Roloff, who actually sprayed some of the original graffiti on the West Berlin side of the Wall when it was still standing, said he welcomed the opportunity to put up images of "what the place really looked like, what a horrible death machine it was, the electric fences, the lights, German shepherds and armed guards, everything that was enclosed in this strip between two walls."

People today aren’t aware of what it was like, he said, criticizing that so much of the Wall was completely dismantled, pointing out that some people look at the bits of Wall left standing and say it doesn't look that bad. 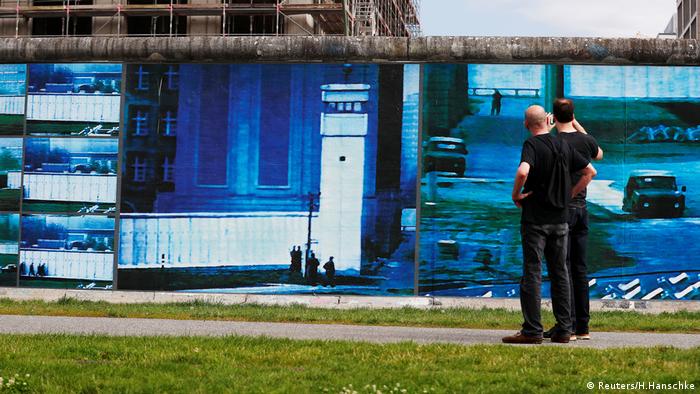 Getting his images ready for the installation was not an easy task, Roloff remembers. "The challenge was to blow up video stills that were made in the 1980s to a size of 3 meters high."

Developing a technique that let the image appear like a painting took him and his printer a year and a half, he said, adding that he was particularly pleased with the outcome. "You won't see pixels, all the lines are sharp and clear - but it looks like a painting. Once you step away from it and look at it, it looks like a photorealistic image."

The outdoor installation "Beyond the Wall" is set up along what is known as the West Side Gallery, which is the unadorned backside that faces the Spree River of the world-famous East Side Gallery.

At 1,316 meters, the East Side Gallery is the longest outdoor gallery in the world and once formed part of the border between East and West Berlin. It was covered in large-scale graffiti artwork in 1990 and attracts millions of visitors every year.

The actual Berlin Wall is gone - but does it still exist in people's heads? As Germany celebrates Unity Day on October 3, DW's Gero Schliess takes a close look at how divisions still shape the city's culture. (03.10.2016)