What makes a book a best-seller?

All authors dream of looking at the best-seller list and seeing their book at the top. But what turns a book into a smash literary hit? Literary critic Jörg Magenau looks at whether or not there's a recipe for success. 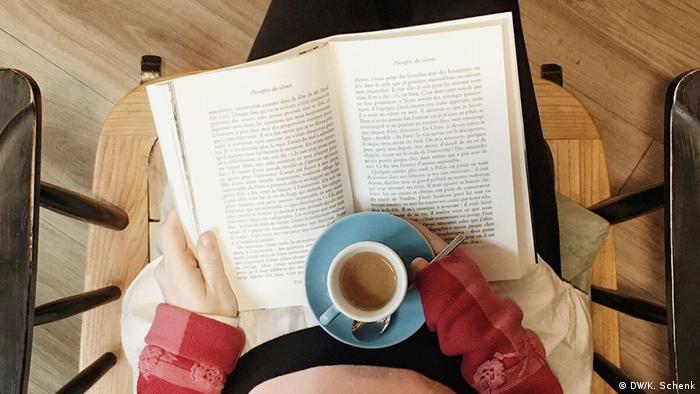 Deutsche Welle: Do you study best-seller lists on a regular basis?

Jörg Magenau : Oh yes, I do! First of all, for professional reasons. It's important to know what kind of books sell well. But apart from that, I also have a personal interest in that. It's a sporting interest, like how I look at soccer rankings!

So you a sort of love for lists and charts?

Yes, I love lists! And I'm also very keen to find out what kind of topics are viral right now. In this regard, best-seller lists are quite useful.

Read more: Best-sellers that almost didn't make it to the bookstores

In your book "Bestseller," you actually describe how best-sellers reflect society's mental state. What do the best-seller lists of the last one or two years tell us?

Of course, there's a huge trend towards books on nature. Maja Lunde's best-selling novel "The History of Bees" (2017) had numerous chapters that described the extinction threat facing bees. Other examples are Peter Wohlleben's work on forests and their secrets, such as "The Hidden Life of Trees" (2016). Books on health issues that see people as a part of their natural environment have also been popular, such as Giulia Enders "Gut: The Inside Story of Our Body's Most Underrated Organ" (2018). Over the past 15 to 20 years, it has become a societal trend to try to explain the world in terms of natural science. Maybe it's because we want to relax and not be constantly haunted by politics and horrible news. 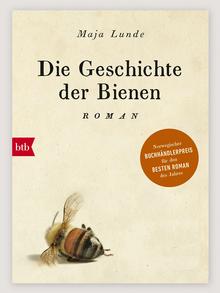 Norwegian author Maja Lunde's novel, 'The History of Bees,' has been popular among English- and German-speaking readers

To some extent, this trend seems to have replaced widespread interest in historical and contemporary issues. Why is that?

I believe it has something to do with the far-reaching changes that occurred with the Reunification of Germany, starting with the fall of the Berlin Wall in 1989. Since then, people seem to believe less in progress and man-made history and more in natural processes and long-term changes as being important.

On the other hand, people who are interested in nature are particularly concerned about threats to it and ecological aspects in general. Books that have become best-sellers often feature extinction or the disappearance of something that we miss. Or they have to do with something that we fear. There's a sense of mourning.

When we step down from the global level and zoom in closer, it's often books that directly address people that become best-sellers, for example, by offering advice on something.

But that's a timeless phenomenon. Advice and self-help books are often listed on a separate best-seller list because they are seen as a particular genre. They basically address people's worries, such as concerns about their living standard, their health, the right way of living together, in whatever combination.

Another reason why Carnegie's book is an interesting case is that it was published in the US in the 1940s. In Germany, it came out after the World War II, but it only turned into a longterm hit during the 1980s and 90s. It's interesting to see how Germans reached back to these values, which came from the kind of raw American television sermons of the 1940s, and brought them into the contemporary era. That's something that best-seller lists can reflect. 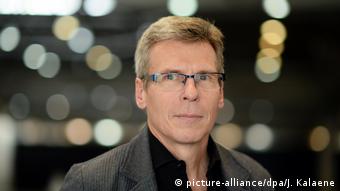 For Magenau, bestseller lists reveal the themes that are shaping contemporary society

Let's take a look at best-sellers in literary fiction. Your book is about the post-war era. You wrote about Patrick Süskind's "Perfume: Story of a Murderer." You also mentioned Bernhard  Schlink's "The Reader," as well as works by contemporary German authors Daniel Kehlmann and Uwe Tellkamp. Is there any overarching framework these books share? Why do certain novels make it onto German best-seller lists?

There isn't really anything overarching that they all have in common. When it comes to non-fiction works, the topic is more apparent, and in this way, one can draw conclusions about the current mood.

But when one looks at the present best-seller list, more precisely Daniel Kehlmann's current best-selling novel "Tyll" (2017), which is set during the Thirty Years' War, this doesn't seem to be purely coincidental. Beyond the fact that it is the 400th anniversary of the outbreak of this war, the novel makes connections between that time and the present. "Tyll" describes an era of collapse when value systems and order vanished. A time when people didn't know anymore who was actually fighting whom. In an interview, Kehlmann stated that the present situation in Syria reminded him of the situation in Europe 400 years ago, and that his book reflected this sense of the world.

Are there any other factors that could explain why a book becomes a best-seller?

In general, fiction is not as strongly dominated by specific subjects. When it comes to any patterns that turn a book into a best-seller, two things come to mind. Books that directly involve the readers, like Schlink's "The Reader," for example, seem to be particularly popular. The ability for the reader to see him or herself reflected in the book is obviously attractive. 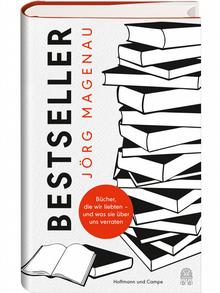 In his book 'Bestseller," Magenau reveals what the list-topping books reveal about about us

The second factor is that the protagonists of successful novels are often flawed heroes. The readers can identify with them because they are depicted as normal people who happen to have a certain weakness. These are literary figures who, in spite of their weakness, develop extraordinary capabilities. That's something that many people can easily identify with.

You're writing about a code for best-sellers that does not really exist, although quite a few experts have tried to decipher it. Should such a code really exist, then it would enable writers to churn out best-sellers, one after another, according to its instructions.

Well, it's quite easy to produce some best-sellers. But I'm not interested in these international production line offerings that have published the same thing over decades. Another reason why this can't work is that the success of a book is not only based on the book itself but also on the surrounding general mood. To be successful, the book needs a public that sees it as relevant; it needs to connect to current cultural debates, the hot topics of the present.

In this regard, it's hard to plan anything. After all, publishers plan out book publications some two to three years in advance. Another reason why it's hard to plan is that you cannot simply transfer a book's relevance from one country to another. That's why only few books become international best-sellers. Each country has its own debates and its own general mood. National best-sellers function like thermometers in that they measure the public mood in a given society while identifying the causes of anger, worry, longings, yearnings and fears.

The German author and literary critic Jörg Magenau has worked numerous German newspapers as a writer and editor. His book "Bestseller: Books that we love — and what they reveal about us" ("Bücher, die wir lieben — und was sie über uns verraten") was published in German February 2018.