What jobs can companies offer refugees? | Germany | News and in-depth reporting from Berlin and beyond | DW | 09.09.2015

What jobs can companies offer refugees?

Politicians want to further relax laws prohibiting asylum seekers from working in Germany. The country's largest employers say that is just what they want. But what can they actually offer refugees? 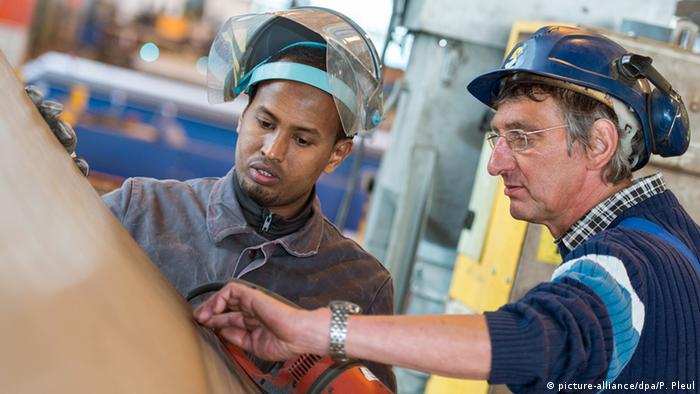 Internships, occasional job training, rarely a full-time job – that is what big German companies offer refugees looking for work. The risk of deportation is often too great for those companies to invest in training. Therefore, many of them are trying to work with authorities and politicians to improve the situation.

This spring, Siemens, the giant engineering firm, initiated a paid internship program for ten trainees at its Erlangen facilities. The program is to be extended to other facilities beginning in October.

"Firstly, it's about creating a bit of normalcy, some everyday life," says spokesman Michael Friedrich. Thus far, no one from the internship program has been hired, "but it could still happen," says Friedrich. 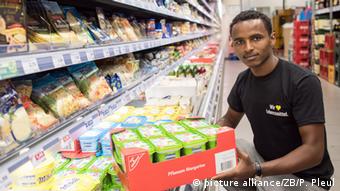 Many German companies are moving to provide on the job training...

Deutsche Telekom is also advertising paid online internships for refugees. However, requirements are high: The company is looking for economics students with good German and English skills. So far, Telekom has not found any interns, but they have received their first applications.

Continental, a major auto parts and tire supplier, fears that this situation could be the start of an internship odyssey. Therefore, it has decided to simply open up already existing training programs to refugees. The plan is that young people can earn their high school diplomas while participating in a paid internship, after which they can enter into a job training program. 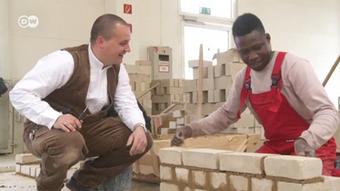 ...while other firms are offering vocational internships

Legal parameters, however, still need to be cleared with employment agencies. But the response has been positive, according to the companies, and individual training contracts have already been signed. Daimler, for instance, is training refugees in four factories where they have taken on Syrians and Iraqis with work permits in their machining and tooling facilities. In this way, the automaker assists the city of Stuttgart's work with refugees financially and, through their program, also maintains contact with aid projects in the city. The high-tech company Trumpf has teamed up with its hometown of Ditzingen to offer German courses for refugees.

Ariane Reinhart of Continental says that she doesn't think it wise to go directly to refugee centers to look for prospective employees. "It's important for the people to be able to calm down after the stress of their journey," she says. Telekom also plans to refrain from embarking on the concept, which Daimler boss Dieter Zetsche posed last week. "That doesn't make any sense until the legal status of the refugees has been clarified," says company spokesman Christian Schwolow.

The tenuous legal status of the refugees poses a risk for companies. Even though the government has agreed to relax work laws pertaining to asylum seekers, the question of how long a refugee can stay in Germany hangs in the balance as long as their asylum application is under review. Employee training also remains an investment for the companies. For that reason the German Chamber of Industry and Commerce supports the so-called 3+2 rule. That rule stipulates that anyone who undergoes three years of training cannot be deported – and also has the right to work for at least two more years after that training has been completed.

Merkel wants approved refugees to get help finding a job immediately. She also praised the work of civil servants processing asylum applications during a visit to their offices in Berlin. (10.09.2015)

Germany must 'lead the way' in refugee crisis

German Chancellor Angela Merkel says the EU must unite to deal with the challenge of welcoming refugees. She told lawmakers a common approach was more likely if Germany showed "courage" and "leads the way." (09.09.2015)

The European Union suffers from a lack of unity, EU Commission President Jean-Claude Juncker has said in a state of the union speech. How the EU addresses today's refugees will be a defining moment for the bloc. (09.09.2015)