What is Russia hiding after ′Skyfall′ radioactive blast? | Europe | News and current affairs from around the continent | DW | 23.08.2019

What is Russia hiding after 'Skyfall' radioactive blast?

After an explosion at a Russian missile-testing site led to a surge in radiation, five monitoring stations went offline. This did not happen by chance, experts say. 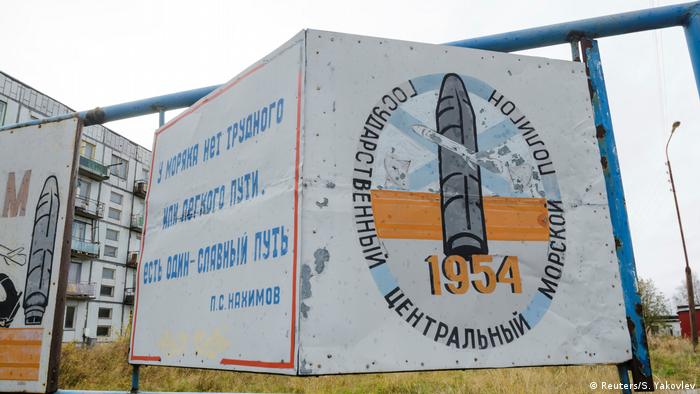 Concern is growing that the Russian authorities are covering up the scale of the explosion at a military site outside Severodvinskon August 8. It emerged this week that five local monitoring stations had gone offline in the aftermath of the accident. This was reported by the Comprehensive Nuclear-Test-Ban Treaty Organization (CTBTO), a Vienna based independent group which operates an international network of radiation monitoring stations. The CTBTO funds the stations in Russia, which are run by the country's Defense Ministry.

The data recorded by these stations is automatically shared with the CTBTO and other members of the organization in accordance with an agreement signed by 184 countries to ban all nuclear testing, which Russia has ratified. However, because countries such as North Korea and Iran have refused to ratify it, the agreement has yet to become binding, a spokesperson for the CTBTO told DW. 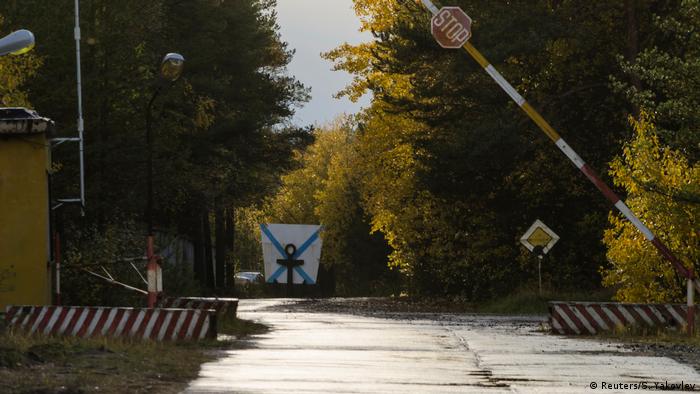 The military site near the White Sea's closed waters

The route of the radiation clouds

At first, Russia attributed the problem with the radiation monitoring stations to an error in their communication system. But later the country's deputy foreign minister Sergei Ryabkov said that handing over the data from the stations to the CTBTO is a "completely voluntary" activity.

Experts interviewed by DW were convinced that the shutdown of the stations was directly connected to the blast outside Severodvinsk and that the Russian government was concealing information on the incident.

Lassina Zerbo, the CTBTO's Executive Secretary, was one of the first to link the failure of the stations to the explosion. In a tweet, Zerbo published a map of how the radioactive clouds could have dispersed, based on weather conditions in the days after the blast. According to the model he outlined, the clouds would have travelled almost exclusively over Russian territory.

There are seven radiation monitoring stations in Russia working with the CTBTO. "The fact that four or five of them went offline can indicate that these stations were deliberately switched off because they were the ones which encounter air mass approaching from Sveverodvisnk," said Michael Schöppner, a scientist with the Institute for Safety/Security and Risk Sciences (ISR) based in Vienna and working closely with CTBTO.

"The pattern is fairly suspicious: The stations most likely to detect the plume based on CTBTO's modeling are down," tweeted Jeffrey Lewis, a scientist at the James Martin Center for Nonproliferation Studies at Middlebury Institute of International Studies at Monterey.

His projections maintain that contact only remained with the stations in the far eastern part of the country, where there were no chances of recording heightened levels of radiation. "Making guilty parties act guilty is an under-appreciated aspect of verification," Lewis wrote on Twitter.

'Not a second Chernobyl'

After the explosion, the radiation level in some parts of Severodvinsk increased 16-fold, according to the Russian Federal Service for Hydrometeorology and Environmental Monitoring, Roshydromet. Schöppner admitted that this sounds alarming, but, he told DW, doesn't pose any threat.

"If the information that the maximum level of radiation did not reach more than 2 micro Sieverts an hour is correct, then this won´t be harmful to human health," he said. "This is a smaller dose of radiation than you get per hour on a trans-Atlantic flight."

The dose of radiation a passenger receives while flying from Frankfurt to New York amounts to 32 to 75 micro Sieverts. The amount of radiation an employee at Russia's state nuclear agency Rosatom is exposed to — according to official data — totals 1.65 micro Sieverts an hour. The spike of the radiation level that followed the blast "was apparently a minimum increase in radiation levels which won't have a negative effect on the local population. This absolutely wasn't a second Chernobyl," Schöppner said.

What's more, he went on, any device using radioactive materials leaves a radioactive imprint. "If an expert knows which isotopes were measured in which proportion, he can tell what kind of a nuclear accident it was," he told DW.

Russian authorities released no information on whether a cruise missile was being tested at the Nyonoksa test side outside Severidvinsk. But staff at the Russian Federal Nuclear Centre in Sarov say it could have either been a rocket with a mini-reactor, Burevestnik, or a radioisotope thermoelectric generator (RTG), also known as a "nuclear battery."

According to experts at the James Martin Center in Monterey, a failed Burevestnik (which NATO refers to as Skyfall) cruise missile testcaused the blast near Severodvinsk. Anne Pellegrino, an expert at the center, suggested that by switching off the monitoring stations, Russia was trying to prevent information about the accident from leaking.

"It appears that Russia stopped transmitting data collected at radionuclide stations to the CTBTO in the days after the incident. The assumption being that it did not want others to have access to potential information about a radiation release at Nyonoksa," she told DW.

It is likely that the stations continued to record data but didn't pass on the results to the International Data Center, Pellegrino added.

The Pentagon says Russia has been notified in advance of the second ICBM test launch in the space of a month. The aim is to "demonstrate the readiness of US nuclear forces."