The term "Leitkultur" (leading or guiding culture) is being used in Germany more frequently when debating to what extent migrants should integrate into society. But it is a highly controversial concept. 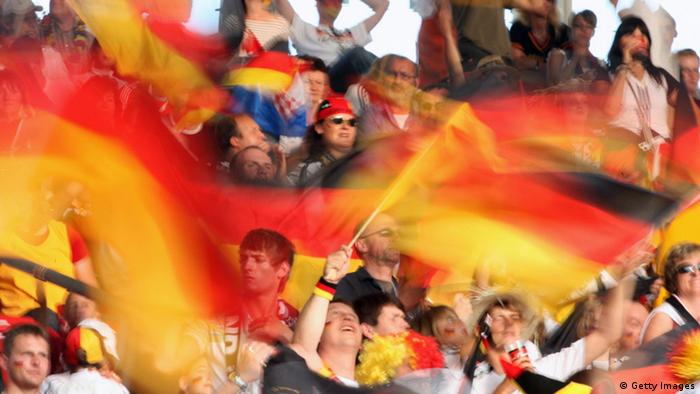 Christian Democratic (CDU) politician Friedrich Merz launched the first mainstream German Leitkultur debate at the start of the millennium. The term originates from the agricultural sector, where it's used to describe the dominant plant varieties in a biotope. At the time, Merz used the term less with regard to integration, and more as a counter to the model of multiculturalism. Immigrants, he said, should conform to the "liberal German leading culture" - particularly the German constitution, the German language and key values such as equality. But this quickly led to an "assimilation" polemic, especially among Green politicians, as well as accusations of approximating right-wing extremist ideology.

These days, it's only the anti-immigration populist Alternative for Germany (AfD) party that embraces such a divisive interpretation of Leitkultur. The term in its more formative emphasis was incorporated into the party programs of the CDU and its Bavarian sister party, the Christian Social Union (CSU), around 10 years ago - something that hasn't prevented certain conservative politicians from attempting to reignite such a debate, as CSU Secretary-General Alexander Dobrindt did in 2010. Or, most recently, in September 2016, by the CDU in Saxony, the eastern German state where the PEGIDA movement originated and where the AfD has amassed significant success in the polls. As was the case then, each new Leitkultur debate calls forth accusations of electioneering, or fishing for populist votes.

This term was first used in a political sense by Syrian Islam expert Bassam Tibi from the University of Göttingen. In 1998, he called for a European Leitkultur to cement values such as human rights, tolerance, and the separation of church and state. In 2005, German Parliamentary President Norbert Lammert attempted to redefine Leitkultur not in a German national context, but rather as an explicitly European idea. Lammert called for a discussion about a "guiding European idea" that draws on "common cultural roots, common history, and common traditions."

But the Leitkultur debate in Germany has another dimension that has a lot to do with the Germans themselves, and their history. The crimes of the Nazi regime, committed in Germany's name, destroyed all of the country's patriotic traditions, and the deep shock that ensued meant that it was decades before anything approximating a new sense of national pride could be created. Only in 2006, at the time of the FIFA World Cup - hosted by Germany - could one finally see German flags waving in the streets without it prompting negative associations, and that was more than 60 years after the end of World War II. It was the beginning of a new, healthier sense of patriotism, one that did not arise from excessive exaltation.