As the death toll from a militant attack in India's disputed Kashmir region rises, DW speaks to J&K expert Varad Sharma about what is driving the insurgency, and the threat of radicalization in the volatile area. 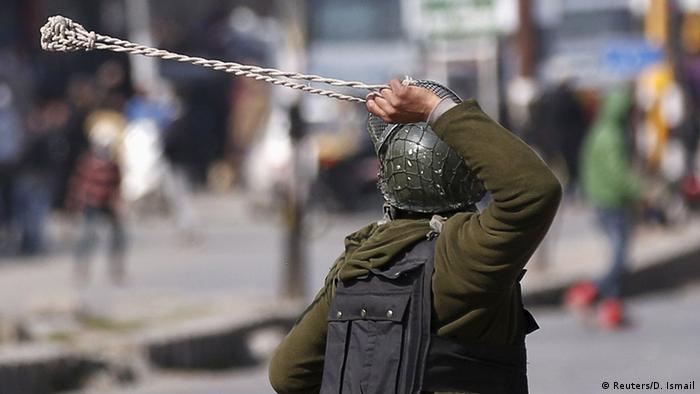 Indian security forces battled for a third day Monday, February 22, amid heavy gunfire to clear militants who stormed a government building in the disputed Kashmir region. The attack began when militants shot at a bus carrying police reservists near Srinagar, Kashmir's summer capital, before breaking into a training institute. Three Indian army commandos, two policemen, a civilian and three militants have been killed in the fighting, according to Reuters news agency.

Muslim separatists have been fighting Indian forces in the Indian-administered part of Kashmir since 1989. India accuses Pakistan of training and arming the rebels in the portion it controls and sending them to the Indian side, a claim its neighbor denies. The nuclear-armed neighbors have fought two of their three wars since independence in 1947 over Muslim-majority Kashmir, which they both claim in full but rule in part. 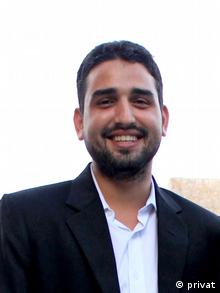 Varad Sharma says the Kasmir conflict is more than just a political issue, it has roots in radical Islam

In a DW interview, Varad Sharma, an expert on Jammu and Kashmir and co-editor of the book "A Long Dream of Home: The Persecution, Exodus and Exile of Kashmiri Pandits" talks about the latest violence in the area, the strength of the insurgency and the role he believes Pakistan plays in the conflict.

DW: What can you tell us about the latest standoff between terrorists and government troops?

Varad Sharma: In the evening of February 20th, terrorists attacked a Central Reserve Police Force (CRPF) convoy in the Pampore area of Jammu and Kashmir in which two personnel were killed and 13 others suffered injuries. Later, the terrorists, suspected to be up to five in number, took refuge in the Entrepreneurship Development Institute (EDI) building in the same area.

More than 100 civilians - trapped in the building at the time of the attack - were evacuated by the security forces. One civilian lost his life in the crossfire. Today is the third day of fierce gunfight between Indian security forces and terrorists.

The Indian Army has lost two captains and one lance corporal in the encounter - all three of whom belonged to an elite Para commando unit. The army has succeeded in eliminating three of the terrorists, all of whom were reportedly foreign nationals. In order to avoid any more casualties, the Indian Army has said that they are in no hurry and that there is no time limit for the counter-terror operation.

What does the latest violence in the area reveal about the strength of the secessionist movement?

India's counter-terror operations have effectively marginalized the terrorist movement in Kashmir. The violence has drastically reduced over the past decade as compared to the 1990s. However, the militancy in Kashmir is quietly making a comeback.

It's important to point out, however, that the Kashmir issue is not only a political one between India and Pakistan, but it also has its fundamentals in radical Islam. For instance, young Kashmiris joining the militants' ranks are drawing inspiration from transnational Islamic extremism. The main effort of the terrorists has always been to cause maximum damage and loss of life, especially of Indian security forces.

For a second straight day, rebels in Kashmir and Indian troops have exchanged gunfire, with several dead and wounded in the clash. The standoff also sparked anti-India protests at the site of the gun battle. (21.02.2016)

AI: 'No accountability' for rights abuses in Jammu and Kashmir

Twenty-five years after the introduction of a controversial act that gives the Indian army sweeping powers in Jammu and Kashmir, the law continues to feed a cycle of impunity for rights violations, says a new AI report. (02.07.2015)

What is currently fueling the decades-old secessionist movement?

It is known that the secessionist movement in J&K is fueled by Pakistan. Islamabad has always termed J&K as an unfinished business leftover from India's partition in 1947 even though the princely state of Jammu and Kashmir acceded to India on October 26, 1947 when its ruler, Maharaja Hari Singh, signed the Instrument of Accession with the Union of India.

Pakistan uses terror as a strategic policy despite facing several terror attacks itself and losing thousands of its people. The jihadi infrastructure continues to operate from Pakistani soil. History tells us that the militants who operate in J&K are, mostly, either local Kashmiri Muslims or Pakistanis.

Who is supporting the militants and how popular is their movement among the local population?

There are two ideologies as far as the secessionist movement is concerned - one favors the independence (Azadi) of Kashmir from India and the subsequent creation of an Islamic state, while the other advocates Kashmir becoming part of the Islamic Republic of Pakistan.

In late 1980s and 1990s, there was massive support for militancy, both overtly and covertly, by a majority of Kashmiri Muslims. Minority Kashmiri Hindus were ethnically cleansed in the process leading to their displacement from Kashmir. Over a period of time, many Kashmiris have realized that the militancy has done more harm to them than anybody else.

However, certain sections in Kashmir still support violent struggle for the so-called Azadi of Kashmir from India. The upsurge in militancy reflects that Kashmir has been deeply radicalized all these years.

In fact, the basic premise for armed struggle against the Indian state which started in 1990 has been the creation of an Islamic state of Jammu and Kashmir. The anti-India protests, the waiving of Pakistani, Lashkar and "Islamic State" flags, and the clashes with the security forces continue to happen in Kashmir now and then. Lately, there has been huge turnout in the funerals of terrorists killed by security forces in Kashmir. 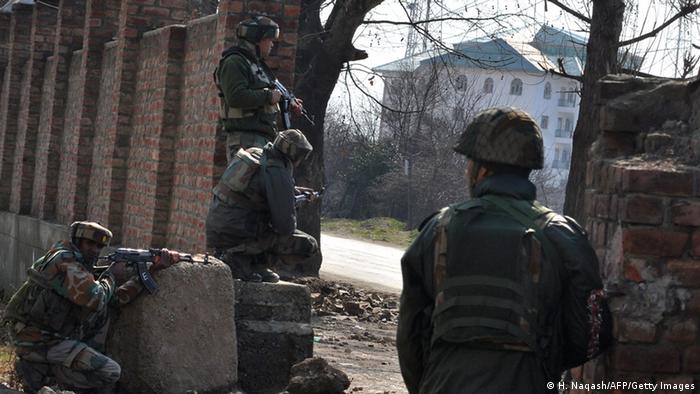 Indian army soldiers take positions against militants on the outskirts of Srinagar on February 21, 2016

In your view, what is Pakistan's role in the conflict?

Pakistan, through its Army and military-operated Inter-Services Intelligence (ISI), provides the necessary space, infrastructure and weapons for jihadi training at terrorist camps which thrive on its soil. Also, the launch pads to terrorists for infiltration along the Line of Control (LoC) and the International Border (IB) are provided by Pakistan.

In light of these problems, what can be done by both parties to stop the violence and reach an agreement?

The issue will persist as long as the terror infrastructure continues to exist across the border in Pakistan. Since coming to power in May 2014, Indian PM Narendra Modi has stressed the need for improving relations with Pakistan. However, we have seen no action from Pakistan on the November 26, 2008 Mumbai terror attacks.

India's most wanted terrorist Dawood Ibrahim continues to hide in Pakistan. Last year, we saw terror attacks in Udhampur in J&K and Gurdaspur in Punjab. In January this year, Pathankot Air Force Station in Punjab was attacked by terrorists.

All these terror attacks, like in the past, have been planned in Pakistan. India continues to engage diplomatically with Pakistan at different levels though there have been pauses for one reason or other. The engagements have not resulted in anything fruitful. I think strengthening the security and counter-terror mechanism should be a top priority for India.

Varad Sharma is an Indian writer/commentator. He has co-edited book on India’s ethnic community of Kashmiri Pandits titled A Long Dream of Home: The Persecution, Exodus and Exile of Kashmiri Pandits (published by Bloomsbury India). You can follow him on Twitter at @VaradSharma.