AI: 'No accountability' for rights abuses in Jammu and Kashmir

Twenty-five years after the introduction of a controversial act that gives the Indian army sweeping powers in Jammu and Kashmir, the law continues to feed a cycle of impunity for rights violations, says a new AI report. 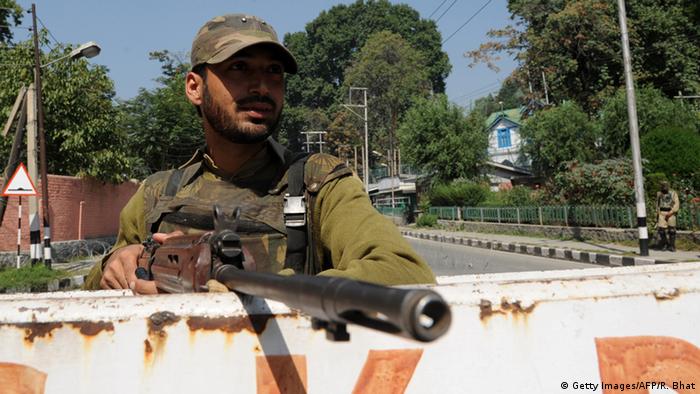 "If the army knew that they would be charged and will have to go to court and be prosecuted, they would think ten times before they pull their triggers on an innocent… The AFSPA is like a bank cheque from the government of India to kill innocents like my nephew."

These are the words of Mohammad Amin Magray, whose nephew Javaid Ahmad was killed by Indian security forces in 2003, speaking to Amnesty international (AI) about how the controversial Armed Forces Special Powers Act (AFSPA) - currently in force in five restive Indian states, including Jammu and Kashmir (J&K) - has impacted people's lives in the region. 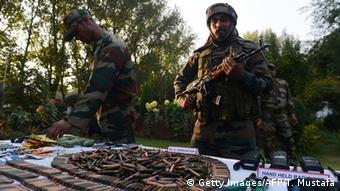 AI has criticized AFSPA as an excuse for army excesses

A lack of accountability

The report focuses particularly on Section 7 of the AFSPA, which has been criticized as an excuse for army excesses given that it grants the security personnel virtual immunity from prosecution for alleged human rights violations. For instance, the security forces can shoot to kill, keep suspects in custody without trial and make arrests without a warrant.

"Till now, not a single member of the security forces deployed in the state has been tried for human rights violations in a civilian court. This lack of accountability has in turn facilitated other serious abuses," said Minar Pimple, AI's senior director of global operations. "By not addressing human rights violations committed by security force personnel in the name of national security, India has not only failed to uphold its international obligations, but has also failed its own Constitution," the analyst added.

The release of a separatist leader has strained ties between Indian PM Narendra Modi's BJP party and its ruling coalition partner People's Democratic Party (PDP) in the troubled state of Jammu and Kashmir. DW examines. (12.03.2015)

Following the first high-level talks between India and Pakistan in months, Pakistan's Ambassador to Germany, Syed Hasan Javed, tells DW all pillars of power in his country favor a lasting peace with New Delhi. (04.03.2015)

How could the UN help resolve the Kashmir dispute?

UN Chief Ban Ki-moon has offered to engage with India and Pakistan in resolving the Kashmir dispute. Analyst Michael Kugelman talks to DW about how the UN could help ease tensions between the nuclear-armed neighbors. (10.12.2014)

The AI document states that the central government has denied permission or "sanction" to prosecute under section 7 of the AFSPA in every case brought against members of the army or paramilitary, or in a small number of cases, has kept the decision pending for years. It also documents what the rights activists view as a lack of transparency in the sanction process.

"Not a single family interviewed for the report had been informed by the authorities of the status or outcome of a sanction request in relation to their case," said Divya Iyer, AI India's research manager.

Many families interviewed said that the AFSPA also provided immunity for security force personnel indirectly. "Police and court records pertaining to nearly 100 cases of human rights violations filed by families of victims between 1990 and 2012 showed that the Jammu and Kashmir police often failed to register complaints or take action on registered complaints until they were compelled," said Divya Iyer.

The army has dismissed more than 96 percent of all allegations of human rights violations against its personnel in J&K as "false or baseless," according to AI. However, the evidence for finding the majority of allegations false is not publicly available. Few details of the investigations or military trials conducted by the security forces are available to the public.

In a rare exception, in November 2014, the army revealed that a court martial had convicted and sentenced to life imprisonment five soldiers for shooting and killing three men in a "fake encounter" - a staged extrajudicial execution - in Machil, Jammu and Kashmir, in 2010.

"The convictions in the Machil case were a welcome measure. But for justice to be consistently delivered, security force personnel accused of human rights violations should be prosecuted in civilian courts," said Iyer.

Earlier this year, the northeastern Indian state of Tripura decided to do away with the controversial act, which was imposed in 1997 to tackle an insurgency, following a spurt of militant violence.

"We have reviewed the situation of the disturbed areas of the state after every six months and also discussed the issue with the state police and other security forces working in the state. They suggested that there was no requirement of the Act now as the insurgency problem has largely been contained," Chief Minister Manik Sarkar was quoted by local media as saying. 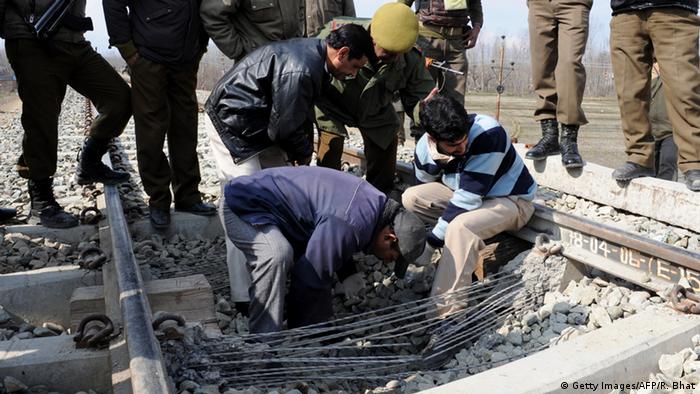 So why hasn't this been the case in Jammu and Kashmir? Gauri Khandekar, head of the Asia Program at the European think tank FRIDE, in Brussels, explains that the state is one of the world's most militarized zones and to expect a perfect state of human rights or even normalcy in such an environment is quite contradictory. "Development, social welfare activities and free movement remain limited, and there is more surveillance. This whole picture contributes to limited freedoms and human rights," Khandekar told DW.

But while political parties across the spectrum in this state say they want the law scrapped, the recommendation has never gone to the central government in New Delhi given that the decision has to be taken by a unified command that includes the army.

But why is this? Both Khandekar and Vivek Chadha, a research fellow at the New Delhi-based Institute for Defense Studies and Analyses (IDSA), say that the application of the law and its relevance must be seen in light of the security situation prevalent in the state.

"The main security threat in the state stems from Pakistan-sponsored terrorism, which is essentially unleashed by foreign terrorists. This is accompanied by a deliberate and carefully choreographed campaign to fight a psychological war against the army," said Chadha, adding that the AFSPA was an enabling act needed to fight the proxy war by Pakistan in the northern state.

Analyst Khandekar has a similar view: "When you see the seriousness of the terror threat emerging from terror groups, you know the level of brutality that could be unleashed if prevention is not sought. India has faced thousands of terror attacks over decades and not only in Jammu and Kashmir, but also in the entire country. The government does not have the AFSPA in the entire country but J&K is one of the most dangerous territorial disputes in the world also given that it is between two nuclear armed states."

Should the law be scrapped or reformed?

What is needed, say the analysts, is more accountability within the military but also better codes of conduct and regulations within the AFSPA. But the ability for the military to have some room for maneuver without having the administrative burden for day-to-day actions is necessary. 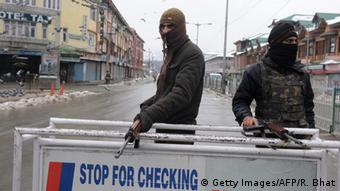 More accountability within the military is needed

"No law is perfect and there is always scope for improvement. The AFSPA can also be improved to ensure greater transparency and accountability," said Chadha. One of the important amendments can be to remove terms in the act such as "even to cause death" which is often misconstrued and becomes a source of propaganda. Second, actions taken by the army to punish the guilty must be available to victims to help bring respectful closure to cases, the analyst added.

Nevertheless, AI calls in its report on the state's current Chief Minister, Mufti Mohammed Sayeed - who was the Union Minister for Home Affairs when the AFSPA was enacted by the Indian parliament in 1990 - to work to remove this "oppressive law."

"Impunity only breeds further violence and alienation, making it more difficult to combat abuses by armed groups. By bringing alleged perpetrators to justice, the Indian government can send a clear signal that nobody is above the law, and that every person's right to equality and justice will be respected and protected," said AI's Minar Pimple.