What is freedom for Germany's Free Democrats?

The German Free Democratic Party (FDP) likes to claim it is the party that protects the freedom of the individual. But now that it is in government, the pro-business, neoliberal FDP is proving to be pragmatic. 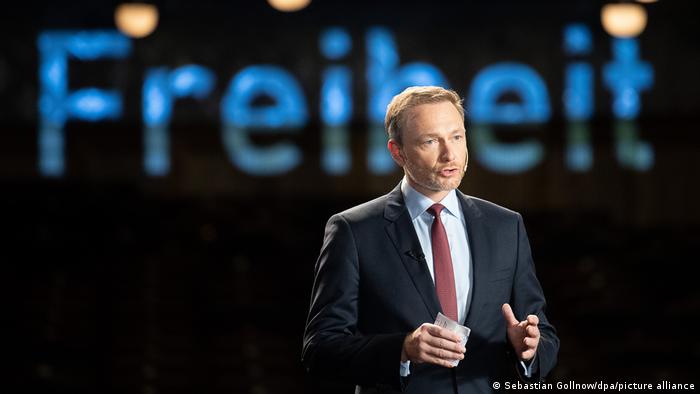 At some point in the last few months, Germany's Free Democratic Party (FDP) seemingly began singing a new tune. The party that has always seen itself as the nation's protector of liberty appeared to subtly reshape its policies surrounding its principles of individual freedom.

In April 2021, the party was rushing to file last-minute constitutional complaints against the Merkel government's new coronavirus curfew proposals, while in the ensuing election campaign it won over plenty of new voters — partly by promising to resist coronavirus-control measures.

But no sooner had the party entered coalition negotiations in the fall, party leader Christian Lindner was striking a more realist tone: With Germany deep into the fourth wave of the pandemic, he was no longer ruling out a general mandatory COVID vaccine — a taboo that not long before was being held by almost all of Germany's parties.

Freedom vs. the virus

Some would argue one person's freedom to reject vaccination impinges on someone else's freedom not to get sick. Anna Katharina Mangold, professor of constitutional law at the University of Flensburg, criticized what she called the "impoverished version" of freedom the party appeared to be promoting in the spring of 2021, and then did not entirely let go of. "The current FDP is relying on a very individualistic idea of freedom," she told DW.

The decision to take the federal government to court, for example, had shown that the FDP had "maneuvered itself into a corner it's not easy to get out of now," she said. "They are realizing that it is easier to formulate pure and strict positions in opposition, but you have to compromise when you try to govern."

In the face of relatively low vaccine uptake, the German government is pushing for restrictions to combat the new coronavirus variants. But at the FDP's annual "Dreikönigstreffen" (Three Kings Conference) on  January 6th — an old tradition that links the party to its roots in 19th-century liberalism — Lindner was keen to underline that the party has not abandoned its principles: "Protecting health is a high value, but the highest value of our constitution is and remains freedom," he said. 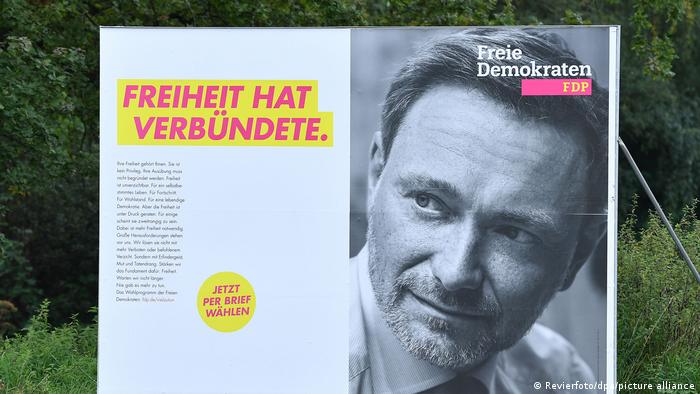 Marco Buschmann, who as FDP parliamentary leader led the party's constitutional crusade against new coronavirus restrictions last spring, and is now Germany's Justice Minister, is also still insisting on basic liberal principles despite the pandemic. He put it snappily in an interview with Die Zeit this week: "The lack of freedom can make you sick too."

The FDP has always set out to own the concept of freedom in German politics. "The Free Democrats are the party of freedom and self-determination," is the first line of the "general principles" posted on the party website, and its political foundation, named after 19th-century liberal leader Friedrich Naumann, has claimed the name of freedom itself in its domain name the German word for freedom: freiheit.org.

But what that political concept means can change, and Mangold argues that the FDP used to have what she calls a "richer" idea of freedom and the state's role in protecting it. Over its seven-decade history, the FDP has shifted across the political spectrum many times: In the early decades, Mangold says, the FDP saw "the embeddedness of the individual in society as part of a rich understanding of freedom. Now they're shrieking freedom as something the individual can exercise without any limits." 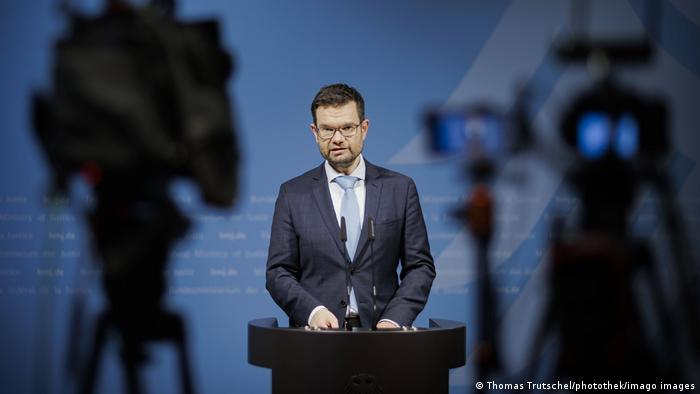 But FDP leaders do acknowledge the complex relationship between the individual and society. Buschmann recently reached for literary inspiration to illustrate it. Unlike Robinson Crusoe, Buschmann wrote in an op-ed for the Frankfurter Allgemeine Zeitung this week, we're not stranded alone on a desert island — and that's the whole point. "Robinson Crusoe's concept of freedom is politically sterile," Buschmann added. "There can be no political freedom in a place with just one person."

The balance is hard to strike, admits Mangold, and sometimes the best path is just to be practical about the restrictions being proposed, and trust the legal system: "We need to look at the concrete freedoms as they are laid down in the constitution, and then we need to look into the concrete balancing procedure that led to this particular regulation."

Freedom, the State and Philosophy

Then again, should freedom and society always be defined as opposites, inevitably in conflict? Or does a "rich" understanding of freedom mean that freedom itself can be redefined?

In a September 2021 edition of Germany's Philosophie magazine, Christoph Möllers, a professor of the philosophy of law at Berlin's Humboldt University, went so far as to argue that there was such a thing as "collective freedom." This, as he put it, implies that society doesn't necessarily just limit the individual, "but also empowers us to do things that we couldn't do alone." "The concept of the individual only makes sense when it is related to society," he said. "We should get away from the idea that the individual is something natural, and community something abstract."

That's going a little too far for Karl-Heinz Paqué, chairman of the FDP-affiliated Friedrich Naumann Foundation. "On a philosophical level, I would really say that I can't make anything of that," he told DW. "That leads to an undermining of the concept of freedom. Freedom is at its core a matter for the individual. I would never say that in order to fully realize freedom we need some kind of collective limitation. I think that's philosophically extremely dangerous." 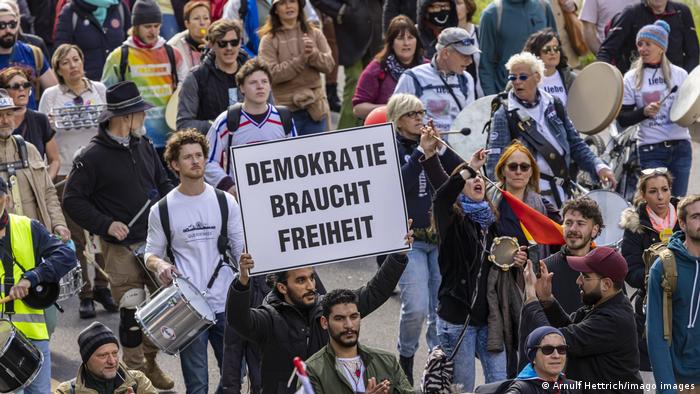 On the other hand, Paqué understands that individual freedom needs to be controlled by the state — that's why we have seatbelts and traffic lights, after all. And the state also has an important role to play in protecting individual freedom, which is why, for him, the FDP stands for what he calls an "enabling state."

"If our aim is to create a society in which as many people as possible have equal opportunities and an income distribution that isn't too unequal, then there are two ways of doing that," he said. The left-wing solution, Paqué argues, is to force equality on people through a "corrective state."

US and UK parallels?

"But the enabling state is the one that does everything it can to make all opportunities equal," he said. That's why, he concluded, education is such an important policy area for the FDP. Though he admits that Germany has a problem providing the same educational opportunities for all its citizens, and Germans possibly enjoyed more equal opportunities in the 1960s and 1970s.

But the idea of the enabling state is one of the many things that, according to Paqué, separates the FDP from other political parties that define themselves by their principle of freedom, such as the Republicans in the US. "In the US, the state plays a much smaller role when it comes to the enabling state," said Paqué, who is also deputy president of Liberal International. "People rely on the state much less. It's a society that has a much more rustic concept of freedom." This is in marked contrast to the Liberal Democrats in the UK, who Paqué sees as slightly to left of the FDP. The liberal ideal of freedom, in other words, can itself be placed on different places along the left-right political spectrum.

The neoliberal FDP will be the smallest party in Germany's new government but it has landed key ministries and the all-important finance chief job. How much influence will the Free Democrats really have in the end?

Germany's kingmaker, the FDP, has returned to government