What Germans think of friendship and sex

Around one-third of all Germans believe it is okay to have a "friend with benefits," according to a new poll by YouGov ahead of World Friendship Day. And the country Germans feel is their best friend was surprising. 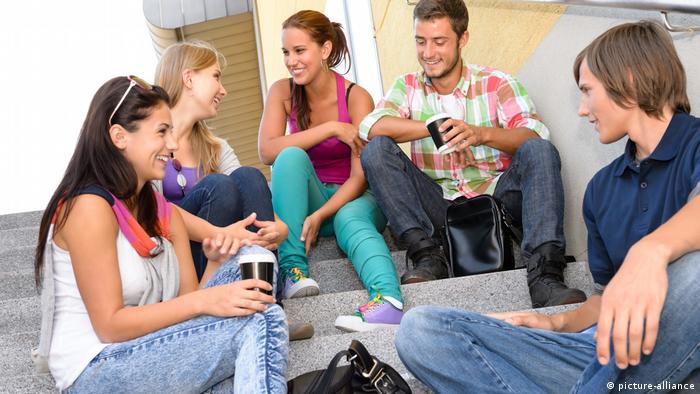 Can men and women be real friends? Around 73 percent of Germans believe they can, according to a YouGov poll published on Thursday. Also, approximately half of the 2,045 participants believe it is possible to stay friends with your former partner after breaking up.

And one in three Germans were revealed to think it is "okay" to have "friends with benefits," friendships that include a sexual component without being full-blown relationships.

"Friends with benefits are now apparently accepted by a large section of the general public," said sociologist Janosch Schobin from the University of Kassel.

Also, 69 percent believe that a good romantic relationship can grow out of friendship.

The YouGov poll details Germans' attitudes on friendship and relationships ahead of the International Day of Friendship on July 30.

Germans today report having an average of 3.7 close friends among an average of around 11 friends. Friends and acquaintances make up a social circle of 42.5 people per individual, the survey found.

However, only two-thirds of participants say they have a best friend. Also, compared to a similar survey five years ago, the average number of friends is slightly smaller.

Read more: From sex to beer, Germans bust the clichés

In spite of the rise of the internet in recent years, nearly three-quarters of Germans (74 percent) still believe you can only have real friendships with people you meet offline. At the same time, one in five participants said they do have internet friends that they have never met, and the number is likely to grow, experts say.

Most people who have internet friends are young men who play online video games.

"People need to cooperate while gaming, or they die," says sociologist Schobin. "There are strong friendships developing there."

On an international level, 42 percent of Germans believe strongest in the friendship between their country and France, putting it way ahead of runner-up Austria with 26 percent and another neighboring country, the Netherlands, with 23. Only 9 percent favored the relationship between Berlin and Washington, although that number is likely negatively affected by the controversial American president, Donald Trump.

The results might surprise Austrians, however, who apparently feel much closer to their larger neighbor. As many as 69 percent of Austrians believe their country maintains a friendship with Germany, according to YouGov's partner organization INTEGRAL.