Electronic music duo Matmos made their latest album using sounds made from plastic waste, like trash bags and even a police riot shield. Plastic Anniversary draws our attention to the terror and beauty of the material. 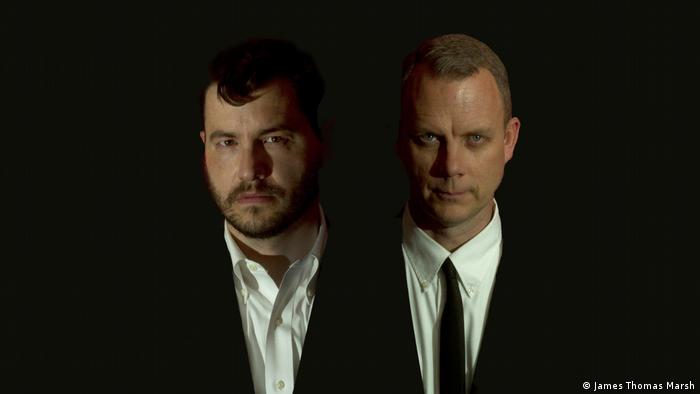 The song starts quietly. It sounds like a light breeze or the first few drops of rainfall, until it becomes so loud and ominous, it leaves the listener feeling as though they're drowning in the din of a tumultuous ocean. But it's not a recording of water that the crowd gathered in a Berlin concert hall are listening to — it's plastic.

In fact, it's the sound of Martin Schmidt, one half of Baltimore-based electronic music duo Matmos, rustling plastic bags in front of a microphone. On the other side of the stage, his partner Drew Daniel leans into a laptop, layering the sound. Behind the artists, a screen projects real footage of plastic objects floating underwater.

Because plastic pollution is everywhere; it's been found in the Mariana Trench, the deepest part of the ocean, and inside the human body, Schmidt reminds the audience.

"There's plastic in your blood," he laughs. "You got to laugh, because crying is worse."

The pair were in Berlin to play songs from their latest release, Plastic Anniversary, which marks 25 years of them as a couple and musical collaborators. All the sounds on the LP are sourced from different plastic objects. With song titles like "Silicone Gel Implant" and "Plastisphere" — which imagines a sonic world of plastic without humans — they address the ways the material permeates our lives. 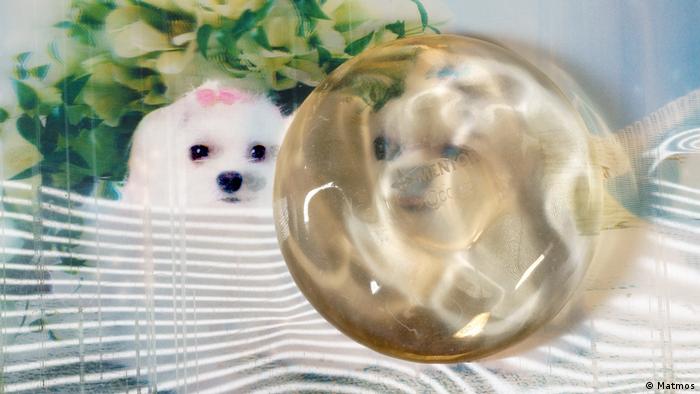 With song titles like Silicon Gel Implant, Matmos delve into the place of plastic in our lives

We can't get away from it, say Schmidt and Daniel as they sit in their hotel lobby ahead of the gig.

"It's like when people want their Instagram life to be beautiful, " says Daniel, "but you can't hide the fact that there's some garbage in the corner of the picture of your perfect latte."

Or as Schmidt says, expanding on his partner's thought — the two often finish each other's sentences or bring them off on new tangents — it's like when the Starbucks cup and plastic bottle accidentally turned up in the TV show Game of Thrones to destroy the fantasy.

"Even in Westeros, there are plastic bottles," Schmidt jokes.

The sound of plastic

Between 1950 and 2015, the world produced 8.3 billion tons of plastic and just 9 percent of that has been recycled. So Matmos had plenty of material to choose from for making the album. They got stuff like a police riot shield, buckets, beads and tubes on eBay or just "out in the world." Other plastic objects came from "nice friends," Schmidt explains.

"They're like 'Oh you're working on a plastic record. I went to this plastic store and I bought you all these new plastic things.' I was like 'no that's not the idea,'" he says. 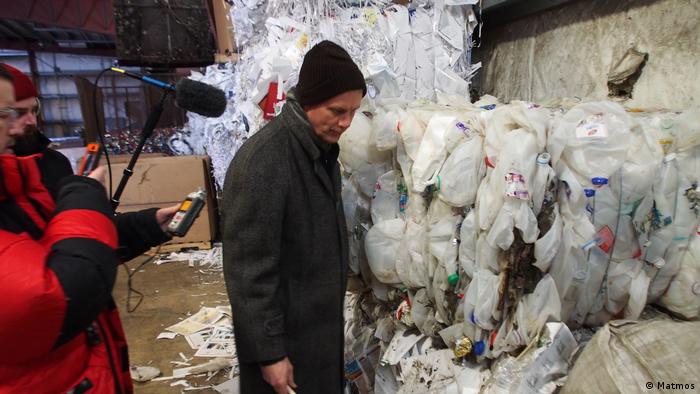 Very little of the 8.3 billion tons of plastic waste produced since 1950 has been recycled

Still, despite the ubiquity of the material, not all plastic is created equal and finding the right sounds for the album involved a lot of trial and error.

In a studio in the US state of Montana, the duo became intimate with the sonic dynamics of different kinds of salad bowls and found out whether plexiglas, silicone or styrofoam produces the best sound. The answer is styrofoam. It apparently creates a really rich sub-bass if you strike it with a mallet.

Bringing their "instruments" on tour is another challenge. There are no cases for an oddly shaped piece of plastic. They just have to hope nothing breaks. One piece of plastic which is central for playing a song called the "Crying Pill" is irreplaceable as far as they know.

The object looks like a really big capsule pill. The kind you can pull apart to reveal the medicine inside. Schmidt twists and opens the giant capsule to make a shrill singing sound onstage.

"This is a very rare piece of plastic …it's like the Hope Diamond of plastic," he laughs.

Message in a plastic bottle Whether musicians are under any obligation to get political in their music is up for debate.

But after the gig, Matmos fans, like bar manager and artist Emma Shannon, were struck by the environmental message. Shannon has melted plastic to reuse in her art.

"Their plastic piece tonight especially with the carrier bags where they were projecting like undersea plastic, it brings it home to you," says Shannon.

Another fan and musician himself, Dettifoss Bergmann, believes music could be one way to get people to change their habits because artists can present issues in unusual ways and "slowly try to bring things forward," he says.

Schmidt and Daniel joke that making the album has made them feel "so much worse and hypocritical" because they end up thinking about their environmental impact all the time, but still find themselves doing things that are detrimental to the environment.

How much plastic they use comes up a lot for them, as does using planes to tour. It's a quandary for the artists who are very conscious of the impact of flight on their carbon footprint. Against that backdrop, they recently filmed a concert in their basement on request and sent it off on a flash drive to be shown in Colorado.

"It was cool to do it in a way that they were like 'Look, we don't like the carbon footprint of flying you out, can you perform in a one-time performance?' So it has that same sense of like once and never again," says Daniel.

Still, Matmos don't want to preach to people about how to live, or to make them feel bad. Putting a message into music and trying to manage people's reactions isn't a good space for art or creativity, says Daniel. But he believes gestures are worth something.

"It's weird because you do not want to get self-important as if the artist magically is this exemplary shaman that's going to lead everyone to a better world," he says. "I think that's deluded and condescending you know? On the other hand, it has to start somewhere."

As battery-fuelled electric vehicles get cheaper and 'climate-neutral' e-fuels ready to hit the market, which is the best solution for small and commercial vehicles?