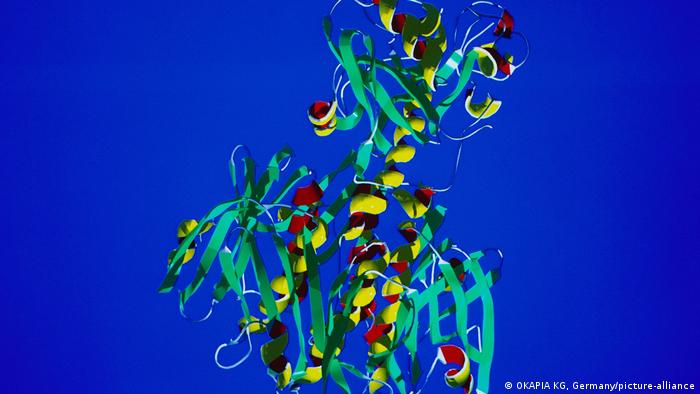 The proteins in our bodies are easily confused with the protein in food. There are similarities and links between the two — for example, both consist of amino acids.

But, when scientists talk about proteins in biology, they are talking about tiny but complex molecules that perform a huge range of functions at a cellular level, keeping us healthy and functioning as a whole.

But, when proteins fail to fold properly, they malfunction, leaving us susceptible to potentially life-threatening conditions.

We don't fully understand why: why proteins fold and how, and why it doesn't always work out. 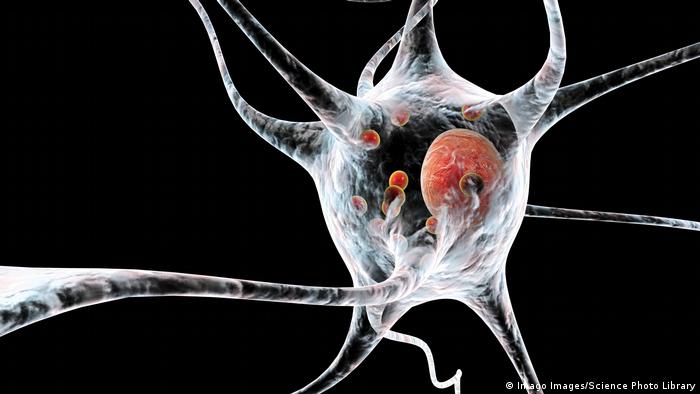 When proteins go wrong: 'Lewy bodies' or protein deposits in neurons can lead to Parkinson's cisease

The whole thing has been bugging biologists for 50 or 60 years, with three questions summarized as the "protein-folding problem."

It appears that that final question has now been answered, at least in part.

An artificial intelligence system known as AlphaFold can apparently predict the structure of proteins.

AlphaFold is a descendant of AlphaGo — a gaming AI that beat human GO champion Lee Sedol in 2016. GO is a game like chess but tougher to the power of 10. 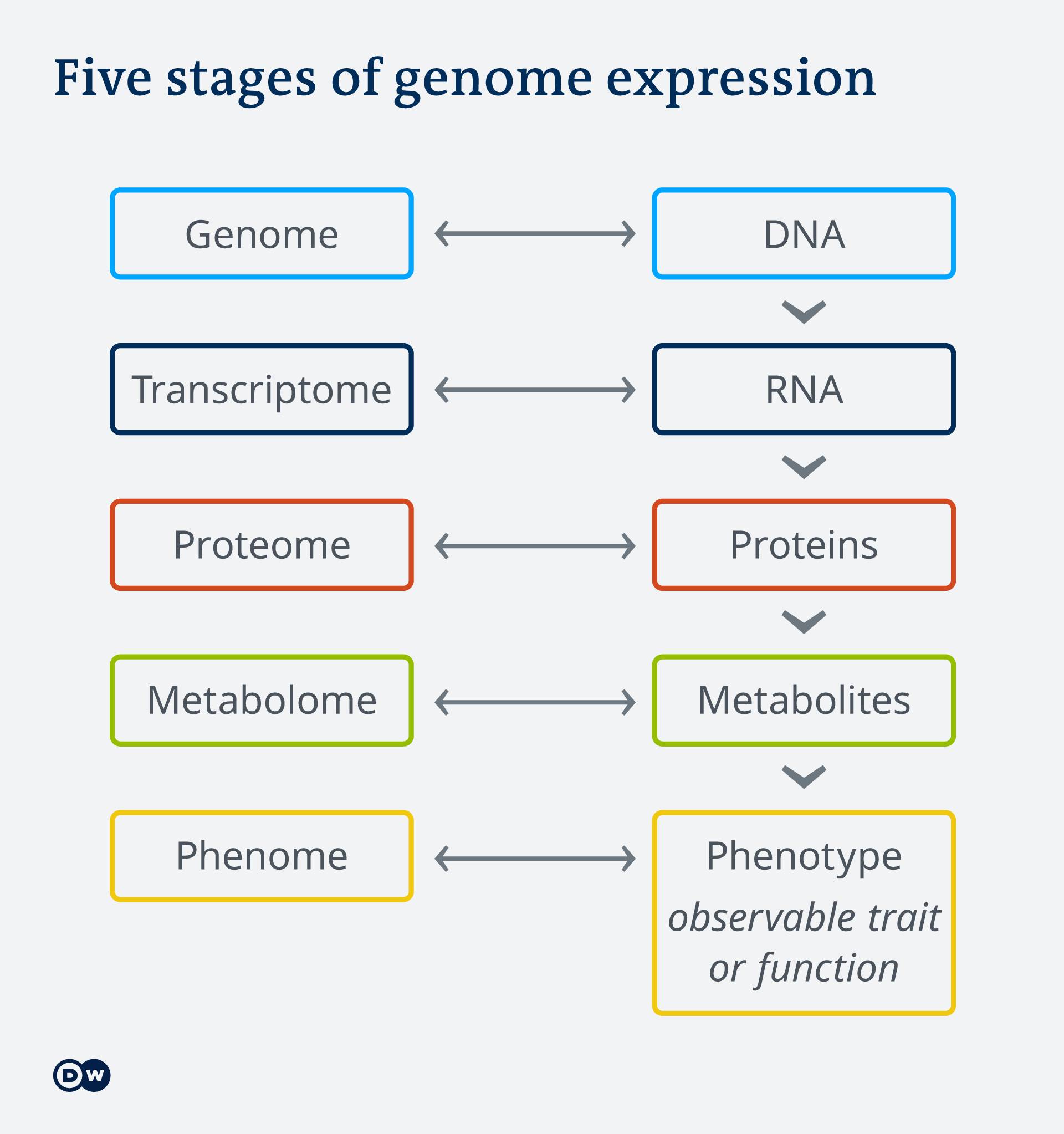 DeepMind, the company behind AlphaFold, is calling it a "major scientific advance."

To be fair, it's not the first time that scientists have reported they have used computer modeling to predict the structure of proteins; they have done that for a decade or more.

The promise of AI

Perhaps it's the scale that AI brings to the field — the ability to do more, faster. DeepMind say they hope to sequence the human proteome soon, the same way that scientists sequenced the human genome and gave us all our knowledge about DNA.

But why do it? What is it about proteins that makes them so important for life?

Well, predicting protein structure may help scientists predict your health — for instance, the kinds of cancer you may or may not be at risk of developing.

Proteins are indeed vital for life — they are like mechanical components, such as cogs in a watch or strings and keys in a piano.

Proteins form when amino acids connect in a chain. And that chain "folds" into a 3D structure. When it fails to fold, it forms a veritable mess — a sticky lump of dysfunctional nothing.

Different types and functions of proteins

Proteins can lend strength to muscle cells, or form neurons in the brain.The US National Institutes of Health lists five main groups of proteins and their functions:

There can be between 20,000 and 100,000 unique types of proteins within a human cell. They form out of an average of 300 amino acids, sometimes referred to as protein building blocks. Each is a mix of the 22 different known amino acids.

Those amino acids are chained together, and the sequence, or order, of that chain determines how the protein folds upon itself and, ultimately, its function.

Protein-folding can be a process of hit-and-miss. It's a four-part process that usually begins with two basic folds. 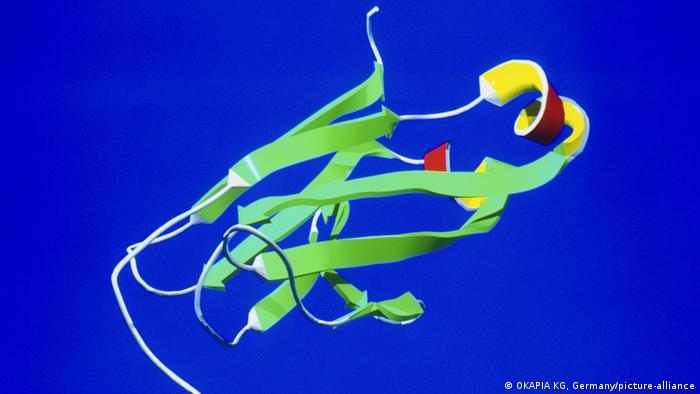 First, parts of a protein chain coil up into what are known as "alpha helices."

Then, other parts or regions of the protein form "beta sheets," which look a bit like the improvised paper fans we make on a hot summer's day.

In steps three and four, you get more complex shapes. The two basic structures combine into tubes and other shapes that resemble propellers, horseshoes or jelly rolls. And that gives them their function.

Tube or tunnel-like proteins, for instance, can act as an express route for traffic to flow in and out of cells. There are "coiled coils" that move like snakes to enable a function in DNA — clearly, it takes all types in the human body.

Successful protein folding depends on a number of things, such as temperature, sufficient space in a cell and, it is said, even electrical and magnetic fields.

Temperature and acidity (pH values) in a cell, for instance, can affect the stability of a protein — its ability to hold its shape and therefore perform its correct function.

Chaperone proteins can assist other proteins while folding and help mitigate bad folding. But it doesn't always work.

Misfolded proteins are thought to contribute to a range of neurological diseases, including Alzheimer's, Parkinson's and Huntington's disease and ALS.

It's thought that when a protein fails to fold and perform a specific function, known as "loss of function," that specific job just doesn't get done.

As a result, cells can get tired — for instance, when a protein isn't there to give them the energy they need — and eventually they get sick.

Researchers have been trying to understand why some proteins misfold more than others, why chaperones sometimes fail to help, and why exactly misfolded proteins cause the diseases they are believed to cause.

Who knows? DeepMind's AlphaFold may help scientists answer these questions a lot faster now. Or throw up even more questions to answer.

Can sport enhance our cognitive abilities?