Every year around the world, almost 8 million people die prematurely as a result of air pollution. The air quality in Europe is well monitored, but there is an urgent need for concrete data on pollution in West Africa. 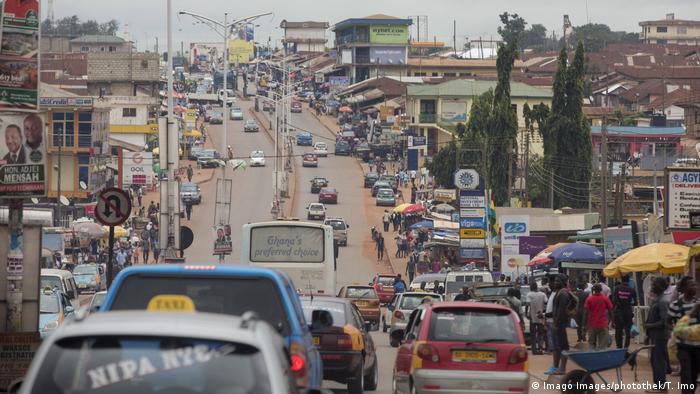 "These exhaust fumes make you feel like you're inhaling drugs," says Johannes, a journalist in Benin's capital, Cotonou. He suffers from asthma. "For me, it's enough to just stand at a traffic light for five minutes and inhale some exhaust fumes and I'm already having an asthma attack," he says. Life in Cotonou is difficult — especially for those who suffer from respiratory or chronic illnesses.

Peter Knippertz from the Karlsruhe Institute of Meteorology and Climate Research (IMK) confirms this. Together with other scientists from 16 institutions across Africa and Europe, he's been looking for answers to the question: How bad is the air over southern West Africa? And why?

The concentration of dirt particles is definitely above the guidelines recommended by the World Health Organization (WHO), says Knippertz. For the study, the team set up measuring stations in Cotonou and Abidjan, the capital of Ivory Coast. There, too, the population suffers from poor air quality.

Ruth Estelle studies human resources and communication in Abidjan. The 21-year-old believes that the pollution has various causes. "There are the taxis, the traffic," she told DW. "But the garbage which gets thrown away everywhere also contributes to air pollution."
Read more: Pollution killing more people than war and violence, says report

Another source of pollution which is rarely considered are the fireplaces used for cooking. Knippertz says these are especially dangerous. According to the study, the concentration of dirt particles in the air around the fireplace is likely to be particularly high. This was to be expected but the level of concentration surprised even Knippertz himself.

This is a major source of concern because people use these fires to cook every day and the resulting pollution affects everybody in the home. "It's frightening to see that even the very young are exposed to significant levels of pollution right from the beginning," says Knippertz. The problem is particularly serious along the coast because of the humid climate — fuels which retain moisture create more smoke.

According to the WHO, around three billion people around the world cook and heat their homes using open fires and simple stoves which burn everything from wood to animal manure, plant waste and coal. An estimated 7.8 million people die prematurely as a result of diseases caused either directly or indirectly by air pollution linked to cooking. Children are most at risk, with the WHO reporting that more than 50 percent of premature deaths due to pneumonia in children under the age of five are caused by particles in household air pollution. 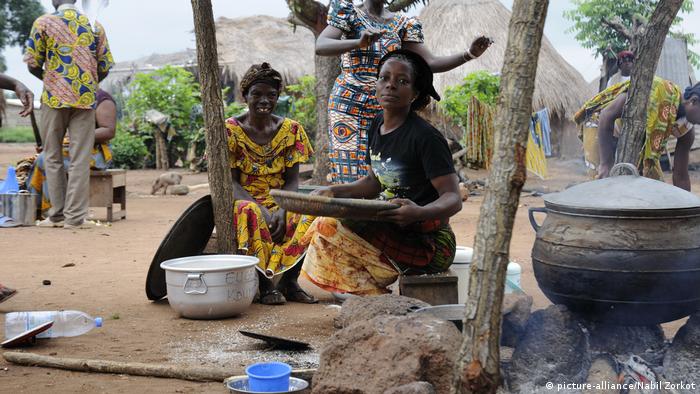 Despite all the research already done, including his own, Knippertz thinks still more data is needed. The interdisciplinary study conducted by him and his team was the first of its kind. In addition to investigating the direct contact between humans and pollutants, their research also examined the interactions between air pollution and weather patterns. Particles in the atmosphere also influence the formation of clouds, which in turn affects the levels of solar radiation and, consequently, the temperature. A trend analysis of this phenomenon highlights the possible link between a high concentration of particles in the air — known as particulate matter — and a reduction in rainfall. "It would be extremely bad news that the pollution caused by the particles also leads to less precipitation," says Knippertz. He believes more research is urgently needed in this area.

But the source of pollution along West Africa's southern coast isn't just local. Knippertz and his team were also able to measure what is known as background pollution in the region with the help of aircraft.

"We have found that the strong monsoon winds which blow from the south across the tropical Atlantic towards West Africa carry a significant amount of soot particles from the fires in Central Africa." These fires are usually lit during land clearing. Knippertz says the air pollution caused by gases in southern West Africa is lower than in Europe. His research shows this is mostly due to the fact that proportionally fewer people own a car. 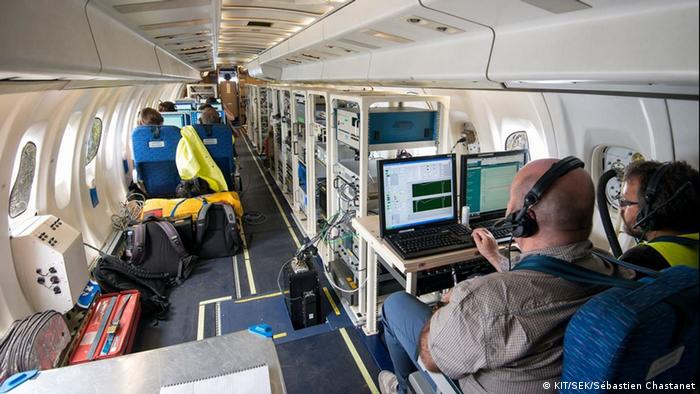 Read more: Less polluting stoves are slow to catch on in India

Even so, all emissions — not least those caused by cars — are increasing dramatically across West Africa and this has serious implications for people's health. "It makes us ill, it causes a cold, coughing or breathing difficulties," Cynthia, who works as a secretary in Cotonou, told DW. She's already dreading the end of the summer break. "There will be more motorcycles and cars on the streets," she said. "And our children are exposed to it — it's a health risk."

Even if the concentration of gases in the air in West Africa is below the danger limit, emissions caused by traffic are still problematic. Because the fuels used in vehicles are not filtered as well their counterparts in Europe, they contain more sulfur which is hazardous to people's health. Knippertz says this is easy to fix with improved filters. To further improve the situation, he recommends changing the kinds of fuels used in kitchens. People should switch to using gas or electric appliances. These kinds of improvements could be implemented relatively quickly at the local level. Putting an end to the fires and land clearing in Central Africa will prove more of a challenge.

Claire Stephane Sacramento and Julien Adaye contributed to this article