West Africa is keen to feed the UK post-Brexit

Ghana is spearheading a new project that explores how small farmers in the ECOWAS bloc can supply produce to the UK once it severs ties with the EU. Researchers are looking at how "what ifs" could become reality. 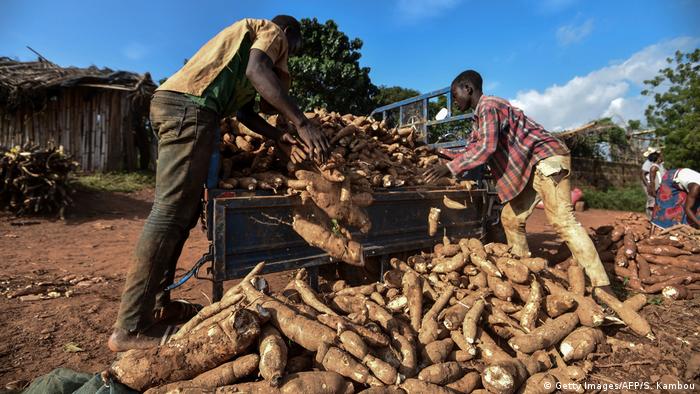 In a small room at Ghana's University for Development Studies (UDS), a team of Ghanaian and British researchers trade farming ideas under blistering heat. The team from the University of York are on campus in Tamale for a 6-month collaboration with their West African counterparts. Their work focuses on the potential of small farmers from the Economic Community of West African States (ECOWAS) as future suppliers of produce to the UK.

"The network is simply to look at how to bring the ECOWAS region together to produce and export to the UK market," says Dr. Mahamudu Akudugu, the lead local facilitator for the Ghana-ECOWAS Food Systems and Export Network. Researchers at the University of Ibadan in Nigeria are also involved. 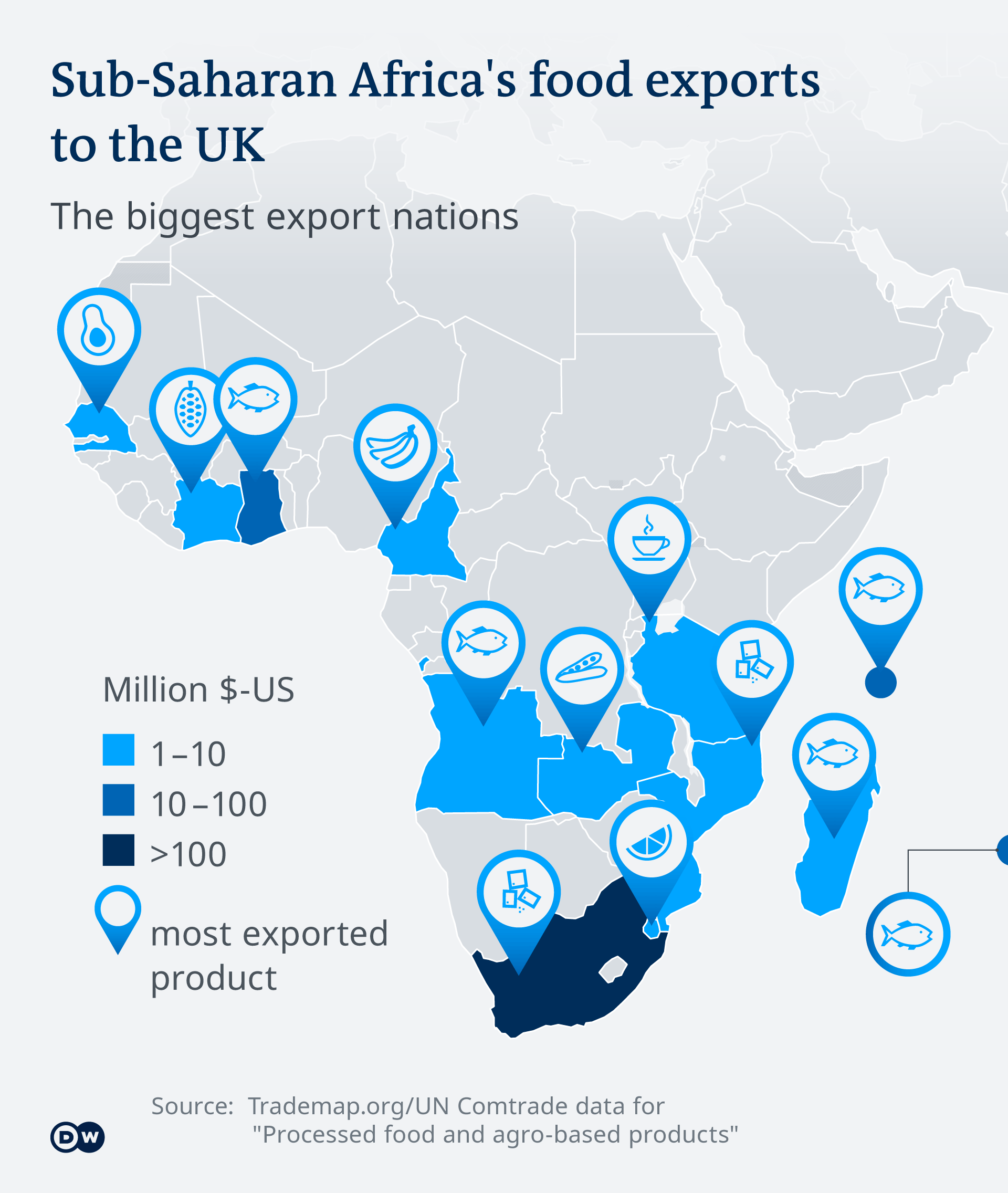 A need to upskill small farmers

The researchers agree that the UK's exit from the European Union could hold opportunities for the 15-member West African bloc to negotiate fresh economic partnerships, Akudugu tells DW. Even more so, he believes, if the UK is unable to conclude a post-Brexit trade deal with the EU. "As a bloc, we feel it is good to look at it at the ECOWAS level rather than just looking at it at the country level."

The UK's existing partnerships with Africa's regional economic blocs were made as part of a larger settlement negotiated through the EU. In the event of a no-deal Brexit, renegotiation will be necessary in order to retain current trade flows.

On a bean farm in Kumbungu  District, around 14 kilometers (9 miles) from the university campus, where the British and ECOWAS researchers have set up a temporary office, Adam Sulemana is preparing to spray pesticide.

The manner in which he mixes the substances cuts to one point the researchers had raised: The methods of small farmers in countries such as Ghana are not standardized. That would be necessary to export produce to the UK.

"You fill the water half of the knapsack and measure the chemical to half a tin of milk," Sulemana says. "That is what the chemical dealer taught me."

His measurement is a little off — on the pesticide bottle, the manufacturer recommends 40 milliliters per knapsack, 10 milliliters less than the volume of the half-tin of milk he is holding. Literacy levels among West Africa's smallholders are low. Sulemana suggests that governments could provide a little support to make the food network possible. 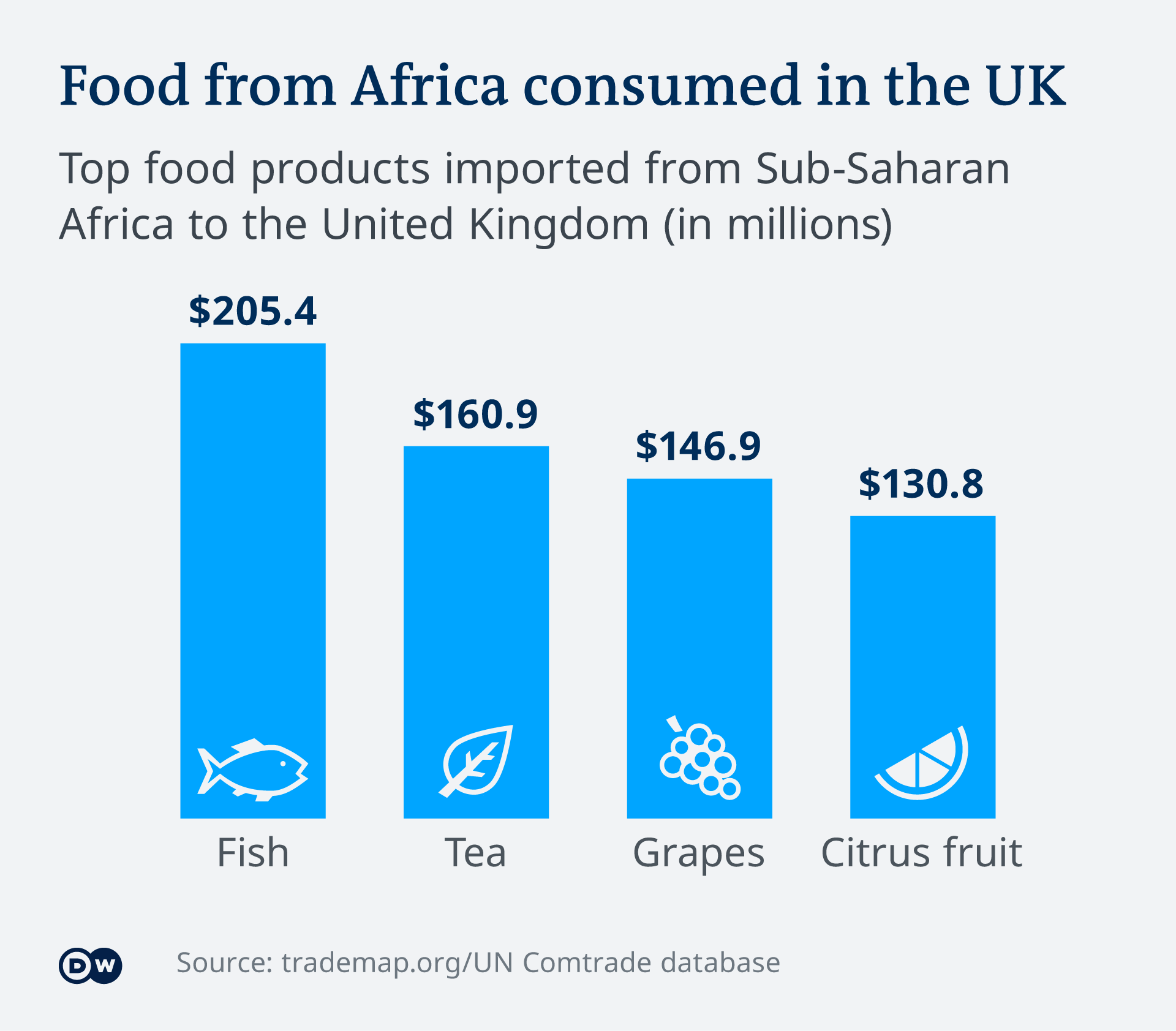 London has been calling

The cards are looking right for West Africa now that the UK has revised its foreign policy to include a redraft of its position towards Africa.

The UK government has said it is interested in continuity agreements with its partners in Africa.

In Tamale, Ghana the researchers say they hope that if ECOWAS small farmers who want to supply produce to the UK are able to standardize, London's politicians would be swayed.

"If you are going to export, we want them to be uniform," says Prof. Gabriel Ayum Teye, vice chancellor of the University of Development Studies.

A future UK-ECOWAS food network would not only require farmers to measure their pesticides accurately. The farmers would also have to weigh and label their produce to accurate standards to avoid rejection by the new potential market.

"If somebody wants all the mangos to weigh 500 grams, it means you have to weigh them. You cannot export 100 tubes of yam and some are like water bottles, some are big — it doesn't work like that," says Ayum Teye.

Commonwealth is not enough

Experts say the UK's withdrawal from the EU is likely to substantially increase the costs for developing countries to access the British market. The University of York and UDS project say standardizing the methods of smallholder farmers in the West African economic bloc could drive down export costs, thereby making it cheaper for African products to reach the UK.

In 2019, the UK supplied just over half (55%) of its domestic food consumption. To keep its supermarket shelves full after a hard Brexit, in which no trade deal with the EU can be reached, some experts suggest the UK would need to tap into the potential of the Commonwealth for its agricultural products. However, due to distance and trading interests of the countries involved, the Commonwealth alone is not a viable trading partner.

Can feeding insects to animals shake up farming as we know it?

A new generation of agricultural entrepreneurs in Kenya are using the larvae of black soldier flies as a sustainable alternative to fishmeal and soy. Could it take off internationally?

Displaced - The Exodus of Ghana's farmers