The World Economic Forum's Global Risks Report fears rising geopolitical tensions will reduce the international community's ability to deal with global threats. But never before have there been so many serious risks. 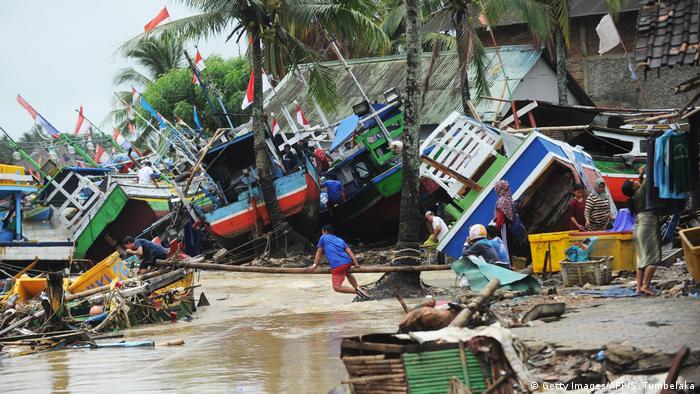 In its latest Global Risks Report ahead of its annual Davos meeting, the World Economic Forum warns that worsening international relations are hindering concerted action across a growing number of serious challenges facing mankind.

As if that were not enough, a darkening economic outlook can easily mean that fewer resources will be available to tackle the risks in an appropriate manner.

The survey is largely based on the results of risk perception studies carried out with the help of some 1,000 experts and decision-makers.

They agree that trade disputes worsened rapidly in 2018 and expect that growth this year will be held back further by continuing geoeconomic tensions, with 88 percent of those polled predicting ongoing erosion of multilateral trading rules and agreements.

Also, the overwhelming majority of respondents (85 percent) are worried about increased risks stemming from political confrontations between the world's major powers, reflecting a struggle over supremacy in various fields, including the economy, but also reflecting growing differences in views on fundamental values. 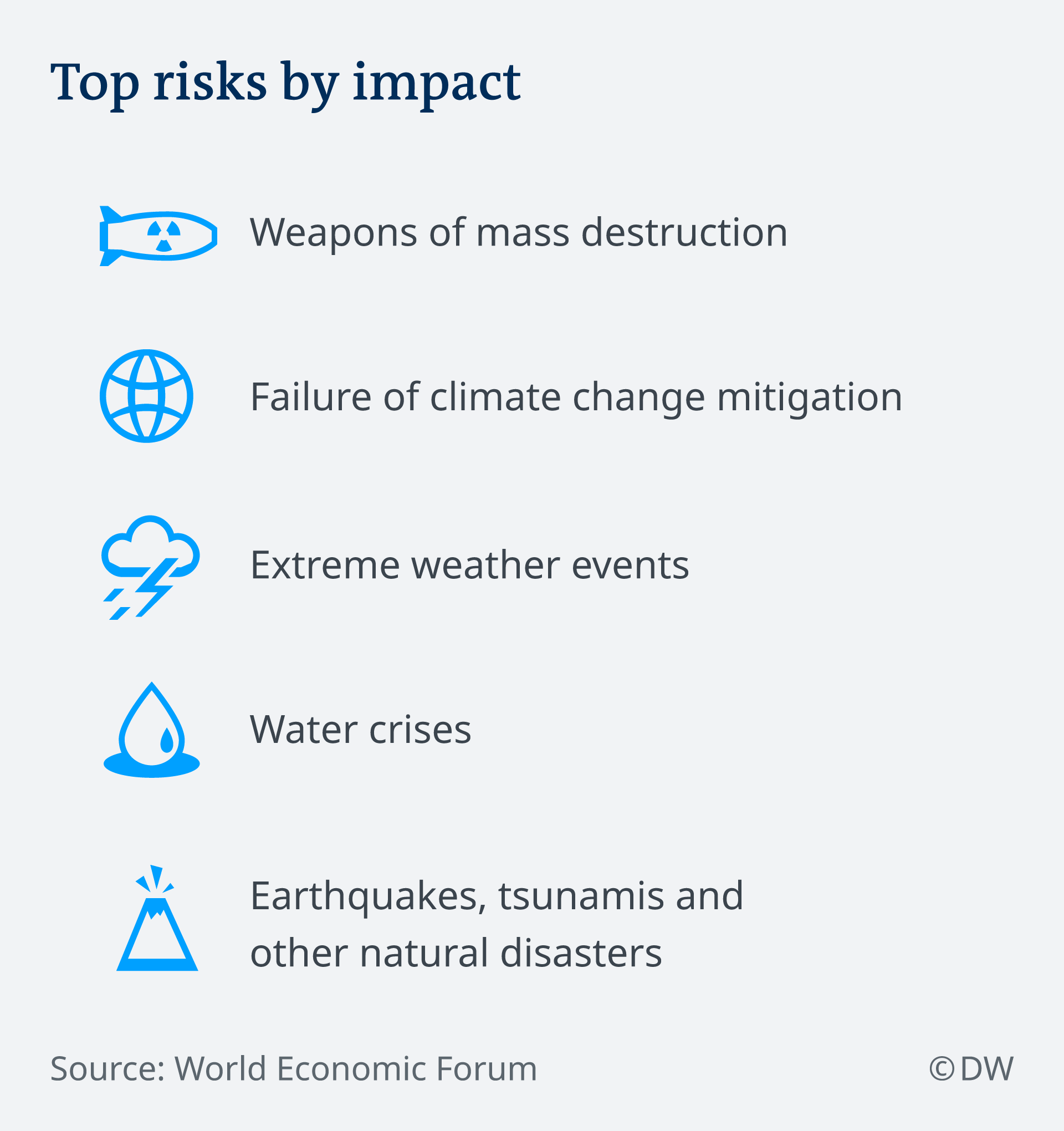 "With global trade and economic growth at risk in 2019, there is a more urgent need than ever to renew the architecture of international cooperation," say World Economic Forum President Borge Brende. "What we need now is concerted action to sustain growth to tackle the grave threats facing our world today."

Will cybercriminals disrupt our lives?

A section of the report providing a 10-year outlook of developing threats highlights cyber risks, saying they have sustained the jump in prominence they experienced last year. 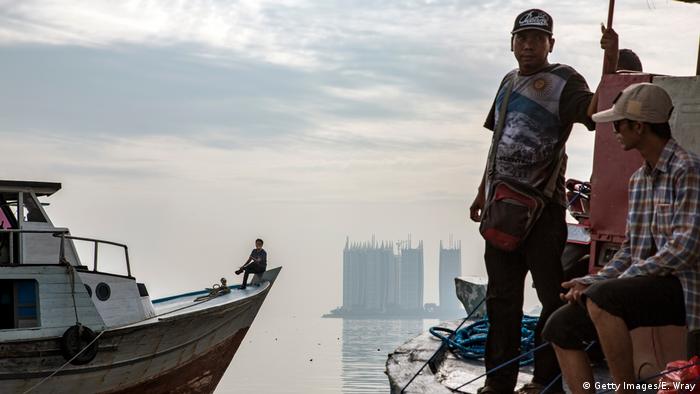 But just how big the impact of future cyberattacks will be on us all remains rather vague. The report gets much more concrete when the focus shifts to the consequences of climate change.

All five environmental threats the report monitors are in the high-likelihood category: biodiversity loss, extreme weather events, failure of climate change mitigation as well as man-made and natural disasters.

"It's no surprise that in 2019 environmental risks once again dominate the list of major concerns," says Alison Martin, chief risk officer at Zurich Insurance Group.

"To effectively respond to climate change requires a significant increase in infrastructure to adapt to this new environment and transition to a low-carbon economy." Researchers expect the investment gap in global infrastructure to reach $18 trillion (€15.7 trillion) by 2040 against a projected need of $97 trillion. 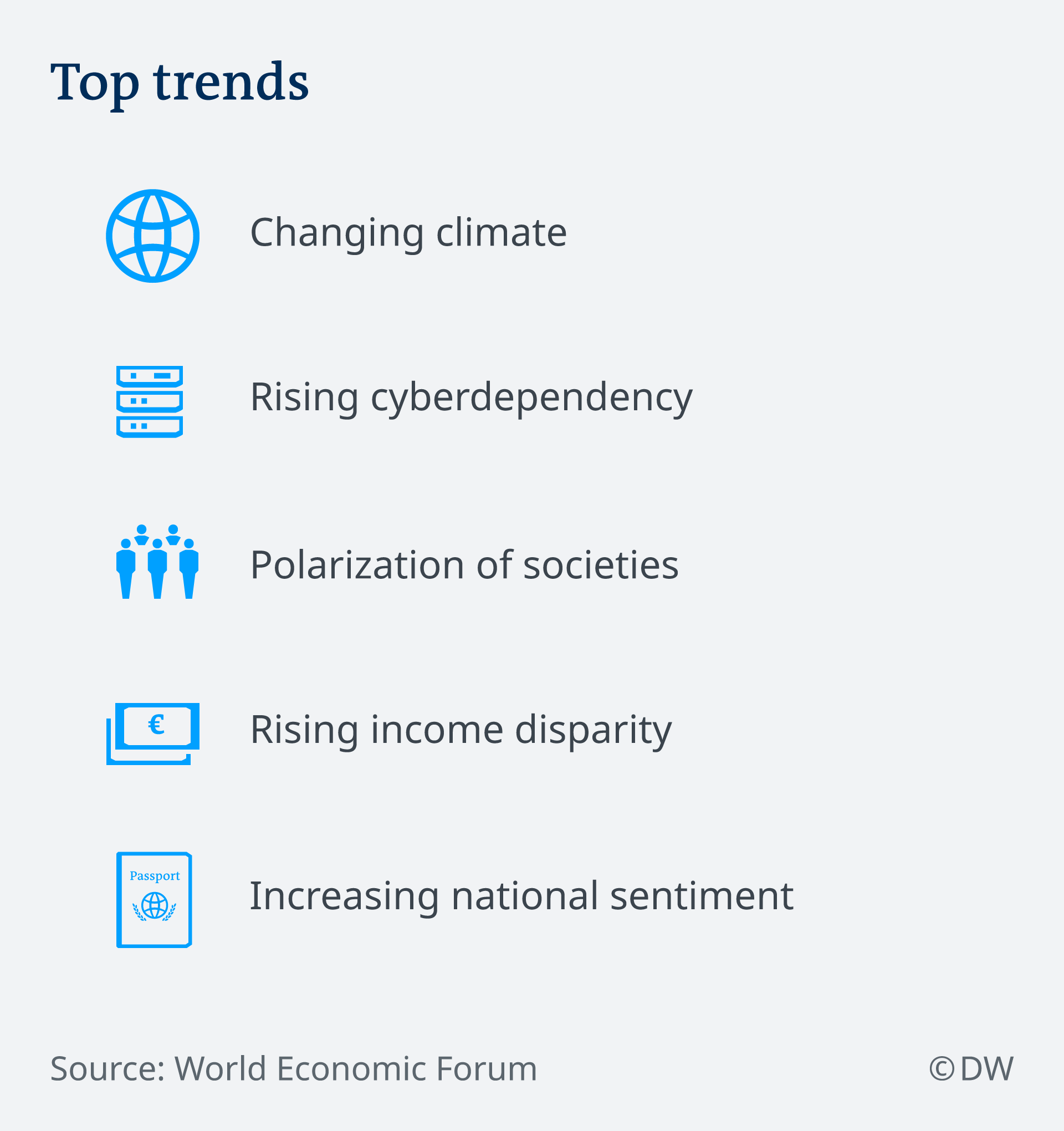 Urban development problems are predicted to mount, as the rise of sea levels poses a threat to clean groundwater extraction, while a lot more superstorm barriers will be needed to ensure the safety of inhabitants.

Can we keep abreast of developments?

The Global Risks Report 2019 also looks at the declining psychological and emotional well-being of many people as a result of a fast-changing world, involving societal, technological and profound work-related transformations.

The survey points out that a common pattern is that the psychological stress experienced by people in many parts of the world relates to "a feeling of lack of control in the face of uncertainty."

Indonesia and its sinking capital

After the Indonesian tsunami: Cashing in on the dead

The devastating tsunami has shattered the lives of thousands of people. More than 400 families have lost members — and in the hospitals, of all places, people have been cashing in on the survivors' suffering. (02.01.2019)

Climate change is prompting Miami's rich to abandon the oceanfront and head for higher ground. That's bad news for the people of Little Haiti, a ridge-top immigrant community suddenly sitting on hot property. (27.12.2018)

The German government has decided on a date to hold the next general election, which will decide on who will succeed Angela Merkel as the nation's Chancellor.