After the Indonesian tsunami: Cashing in on the dead

The devastating tsunami has shattered the lives of thousands of people. More than 400 families have lost members — and in the hospitals, of all places, people have been cashing in on the survivors' suffering. 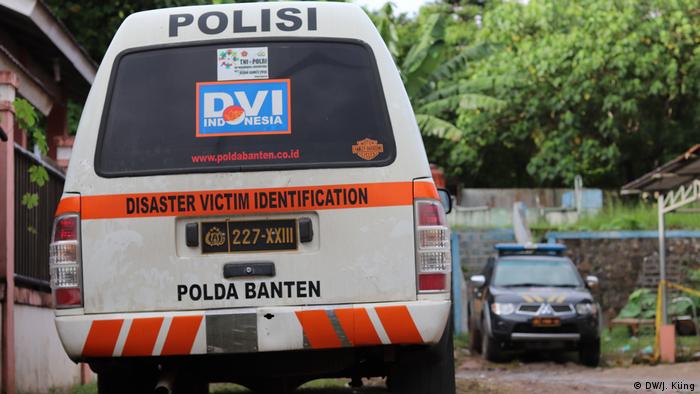 When the relatives of the tsunami victims come to collect the mortal remains of their loved ones from Serang District Hospital in the province of Banten, about 150 kilometers (90 miles) from Java's ravaged coastal region, they are in a state of shock. Jackson Sinaga from Jakarta is one of them. He lost his 9-month-old son to the floodwaters, triggered by the collapse of the Anak Krakatoa volcano just before Christmas. "Satria was fast asleep in a rented villa on Carita Beach when the tsunami crashed through the building," he says. "It happened so fast — I didn't have time to save my little boy."

Traumatized and plagued by feelings of guilt, Jackson has come to collect the boy's lifeless body from the hospital in Serang. However, instead of being met with sympathy, the 29-year-old father is presented with a hefty bill. He's told he has to pay 800,000 rupiah (€50, $55), which he owes for the transport of the body. "In cash," the forensics department employee adds. That's a lot of money in a country where the average monthly wage is less than €240. Jackson, however, is not capable of thinking rationally, and hands over the money. 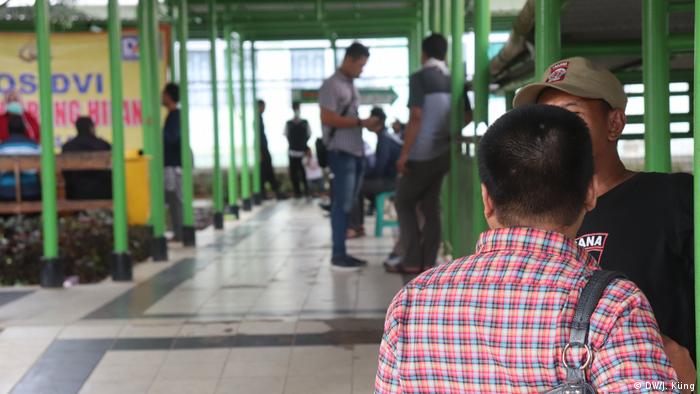 Family members of the victims are being ripped off

Three more victims' families meet outside the building. They've also been told they owe money — about 4 million rupiah. This despite the fact that Indonesia's Health Ministry is paying all costs resulting from the tsunami disaster, in full, with money from the government's coffers. A debate ensues among the relatives of the dead. One of the people who've been swindled collects the receipts and promises to take them to the local authorities.

DW confronts the hospital with the accusations, and is invited to speak to its deputy director, Rahmat Fitriadi. When asked if the hospital knew about the illegal takings, Fitriadi bursts into tears. "Neither the management nor our doctors have charged for any services. We have nothing to do with these schemes," says Fitriadi, sobbing. The official letterhead on the receipts is forged, he continues, dabbing the tears from his eyes. "This is a tragedy for our hospital. I hope this scandal doesn't damage our reputation. We support the authorities' investigation and are providing them with all available information." 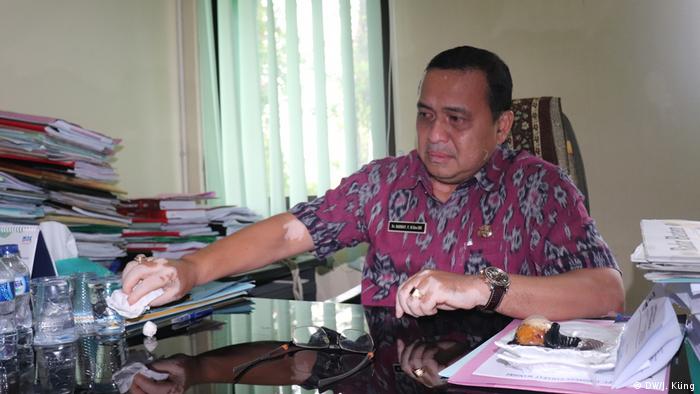 Fitradi says his hospital has nothing to do with the scam

Investigators from the provincial police in Banten interrogate doctors, forensic scientists and hospital personnel — and open a can of worms. It seems that at least 15 million rupiah have vanished into the pockets of hospital employees. So far, six of the families cheated have been identified. A forensic department employee and two people working with the emergency services have been arrested on suspicion of corruption. The authorities' investigation is ongoing.

It's nothing new in Indonesia for workers in public institutions to demand backhanders or issue illegal invoices. Traffic departments will only issue driving licenses within a reasonable time if you make an "extra payment." Teachers at public schools can be bribed to give out the answers to exam questions. President Joko Widodo has repeatedly promised to clamp down on rampant corruption. What is new is people cashing in on the misery of tsunami victims. If those accused are convicted, they could be facing life sentences; they'll certainly go to prison for at least four years.

Right now, though, for Jackson Sinaga, the arrests are of little interest. "I just hope that no more surviving relatives are swindled and met with such lack of empathy," he says. The Sinaga family has certainly lost all confidence in Serang District Hospital. Jackson's brother and sister, who were also badly injured in the tsunami, are no longer being treated at Serang, but at a hospital in Jakarta.

Rescuers are desperately searching for survivors of the devastating tsunami that has claimed over 400 lives. Authorities have warned residents to stay away from the shoreline due to the risk of high waves. (25.12.2018)