Indonesia′s rightward tilt under a liberal president | Asia| An in-depth look at news from across the continent | DW | 21.02.2018

Religious conservatives in Indonesia have managed to increase their influence over the past couple of years, when someone who is considered to be liberal and a modernizer - Joko Widodo - has been in office as president. 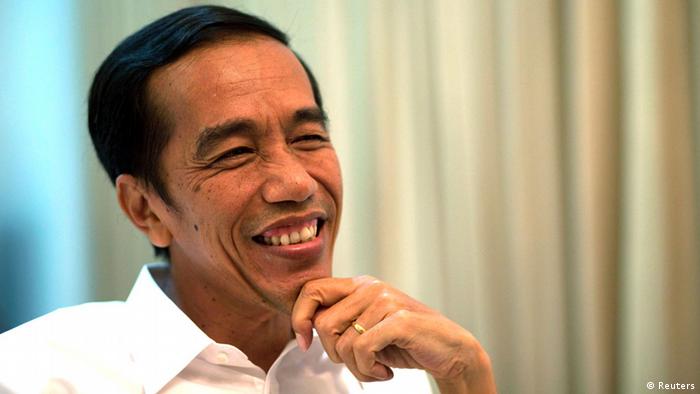 "The majority of our people are Muslim, but Jokowi is unwilling to bring in policies that accommodate our Shariah-Islam movement. I don't think I want him as my president after next elections. One term is enough," said Raditya, who goes by one name and works as a driver in Banten province, located to the west of capital Jakarta.

These words are in sharp contrast to the widespread euphoria that accompanied the ascent of Joko Widodo, popularly known as Jokowi, to the Indonesian presidency.

When he came to power in 2014 on pledges of ushering in an era of change and a new leadership style, many Indonesians believed it was the start of a new chapter in the recent democratic history of the world's most populous Muslim nation.

Jokowi's election also indicated a generational change as he became the first president without links to the government of former dictator Suharto, who was overthrown in 1998 after more than three decades in power.

Expectations ran high and the Indonesian leader was even compared to then US President Barack Obama. Many hoped that Jokowi's rule would help firmly entrench values like pluralism, liberalism and secularism in Indonesia - a country that prides itself on its "unity in diversity" national motto.

But these hopes have been shattered, as over the past couple of years, religion has been increasingly used as a political tool in the country. Radical Muslims who have been trying to turn Indonesia into a strict Islamic state have also steadily gained influence, resulting in rising intolerance and communal tension in a diverse society composed of a number of ethnic groups with different cultures, languages and lifestyles.

Observers in Indonesia, however, point out that conservative Muslim groups had been rapidly gaining influence even before Jokowi's presidency, during the tenure of his predecessor Susilo Bambang Yudhoyono. The radicalization of mosques and educational campuses also started in the late Suharto era in the 1990s, said Yohanes Sulaiman, a political analyst and lecturer in International Relations and Political Science at the Indonesian Defense University.

So when Jokowi took over, the challenge he faced was to "reverse the strong momentum" enjoyed by these groups, Sulaiman told DW.

The expert is of the view that Jokowi "really underestimated" the threat posed by religious radicals and their influence. "Jokowi sincerely believed that he just needed to show that he had done a lot of good things, like for example strong economic and infrastructure development, and then those conservative groups would cease to be a problem."

The seriousness of the threat, though, became evident last year when Islamic groups organized massive protests and mobilized masses against then Jakarta Governor Basuki Tjahaja Purnama, an ally of Jokowi, accusing him of committing blasphemy over his comments about the Quran.

The case brought down Purnama, an ethnic Chinese-Christian best known under his nickname Ahok, who was eventually found guilty and sentenced to two years in prison. It served as an example of the effectiveness of politics based on ethnicity and religion.

Experts say Islam in Indonesia has certainly become more politicized over the past two decades. Political figures in the country, where Muslims account for around 85 percent of the over 260-million strong populace, are also becoming increasingly willing to make common cause with conservative and even extremist Muslim organizations in pursuit of their electoral goals.

This view is shared by Zaky Yamani, an Indonesian journalist. "Politicians here still use religion to win public support. The citizens also support the use of religious issues in politics. This situation is bad for the climate of pluralism in Indonesia," he told DW.

The changing political dynamics seem to have forced even those believed to be liberal politicians to increasingly embrace conservative positions on a host of issues, evidenced by attempts to outlaw extramarital sex and criminalize LGBT people.

Jokowi issued a statement in defense of LGBT rights in October 2016, although he qualified it by saying: "In Indonesia… Islam does not allow [homosexuality]." Since then, however, he has remained silent on the issue.

Earlier this month, Indonesian lawmakers began debating controversial changes to the country's criminal code that would outlaw any sex outside of marriage, including gay sex. But the discussion has not only been about regulating sexual behavior, as the proposals also contain changes that risk undermining the country's democracy.

The legislative revisions would make criticism of the president liable to defamation charges, while potentially weakening key institutions like the Corruption Eradication Commission.

Bivitri Susanti, a legal expert at the Indonesian Center for Law and Policy Studies (PSHK), told DW that Jokowi has been "in the middle" of all these issues. "He does not want to act decisively on any of them, because he doesn't want to lose the support of Islamic parties that are still part of his ruling coalition," she said. "Jokowi is afraid of losing them and that's why he is not acting firmly against these revisions to the criminal code."

'AyoPoligami' - Polygamy in Indonesia made easier with new app

Liberals and rights activists suspect that Jokowi is trying to push forward policies that could reap him benefits at the ballot box when he stands for reelection next year.

The president's supporters, on the other hand, express their confidence in his leadership and stress that he will be reelected even without the support of rightwing groups. "His second term will be focused on handling human rights issues and pluralism," said Jaka Anindita, a Jakarta resident.

On the question of whether Jokowi can maintain his support base and win the next elections without pivoting toward a more religiously-inspired hardline stance, experts say he will be able to do that as there is no credible alternative to him at this point.

"There is no other candidate so far considered to rival the popularity of Jokowi," said Sumanto al Qurtuby, cultural anthropologist and professor at King Fahd University in Saudi Arabia. But his electoral fate will ultimately depend on how the political parties form their alliances, he noted. "Jokowi must choose a qualified Islamic figure as vice presidential candidate to resist the pace of the radical Islamist movement in the country," Sumanto told DW.

But some disagree, arguing that adopting conservative moves would be actually bad for Jokowi. "He could lose a significant chunk of his voters, and gain nothing as those who like those kinds of policies wouldn't vote for him," said Sulaiman.

The blasphemy ruling against Jakarta's Christian governor Ahok is an alarming signal for Indonesia, as it shows how far radical Islamist positions have infiltrated the nation's politics, says DW's Thomas Latschan. (09.05.2017)