Climate change is prompting Miami's rich to abandon the oceanfront and head for higher ground. That's bad news for the people of Little Haiti, a ridge-top immigrant community suddenly sitting on hot property. 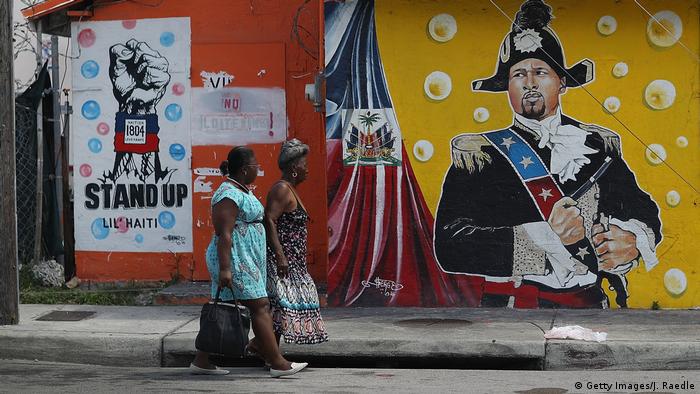 Climate refugees aren't usually spotted driving a Bentley through a low-income neighborhood, searching for a new place to call home. But in Miami, one of the most energetic real estate markets in the United States, property prices on the oceanfront are no longer the city's main draw. Instead, the area attracting the most attention is on the ridge where the city's original settlers built the railroad — the most elevated land in Miami.

A recent Harvard University study tracked the property values of more than 100,000 single-family homes across Miami going back to the early 1970s. It showed that values of homes along Miami's coastline have been dropping, while those at higher elevations are increasing.

Flooding is becoming more and more frequent in Miami, with so-called king tides — a nonscientific term used to describe unusually high tides — affecting some of the city's most desirable locations. Sea levels are predicted to rise by 13-34 inches (33-86 centimeters) over the next 40 years.

Some wealthy residents have reacted by looking to higher ground, in a trend that's being called "climate gentrification." And it's putting growing pressure on residents in neighborhoods like Little Haiti, where property developers are offering buyouts and landlords are raising rents.

"The neighborhoods that currently are being gentrified are in higher areas, occupied predominately by people of color," said Yoca Arditi-Rocha, executive director of the CLEO Institute, a non-profit dedicated to climate change education and advocacy for vulnerable communities. 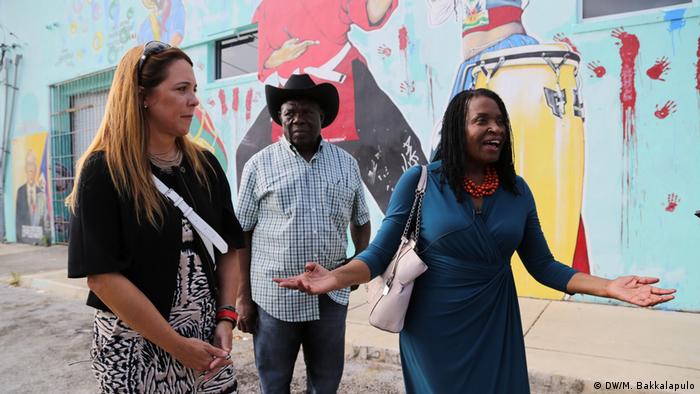 "They are basically using a predatory approach, taking advantage of the vulnerability of the community," she said. "These communities are not only very economically vulnerable; they also have immigration vulnerability [and] societal problems."

A cultural hub with history

Haitian artist Louis Ramond is a prominent and long-standing member of the community in Little Haiti. But he fears he may not be there much longer.

"The building where I live, [which] I will have to leave soon, is mostly old people with disabilities. One is 81 years old with a pacemaker," Ramond says in Creole. "I am being forced to leave where I have lived for 35 years."

The railroad came to Miami in the late 1800s, built predominately by African-American and Caribbean workers who then settled along the tracks. Nearly a century later, large-scale Haitian immigration to the US began in the 1970s with asylum-seekers arriving in small boats, seeking refuge from the country's brutal dictatorship.

Today, the Haitian-American population has grown to more than 300,000 in South Florida, the largest in the US, with Little Haiti serving as its social center. Located north of downtown Miami, the area's elevation is nearly double the Miami average, with some parts as much as 11 feet (3.35 meters) above sea level. 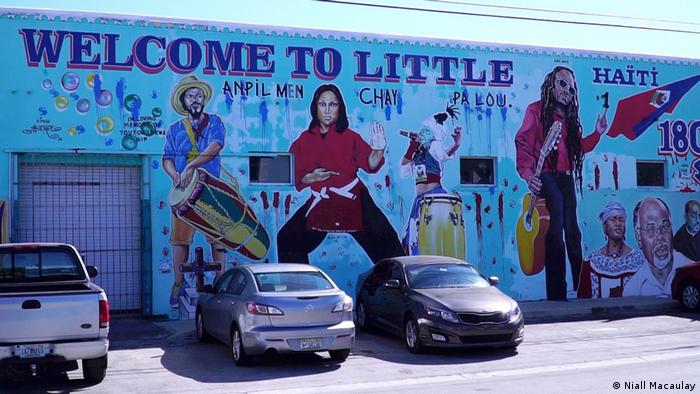 The Little Haiti neighborhood is known for its street art

The plan calls for 17 new buildings, some up to 27 stories tall. If built, they would tower over the neighborhood, which consists mostly of low-level businesses and homes, some with Haitian-inspired colorful designs.

Marleine Bastien, director of the Family Action Network Movement, says developers are putting intense pressure on locals to move away. "Homeowners are facing the biggest psychological wars that I've ever seen," she told DW. "Every day they knock on their doors, telling them to sell and harassing them."

The developers offered residents a benefit package that received huge pushback from community leaders. Miami commissioners decided to defer a vote on the project until February in order to give the two sides more time to come to an agreement on the package.

"We know that things will change, but if you want to come to people's neighborhoods, you need to sit down with the residents of Little Haiti first," Bastien says. "Voices in the neighborhood are important and they should be included." 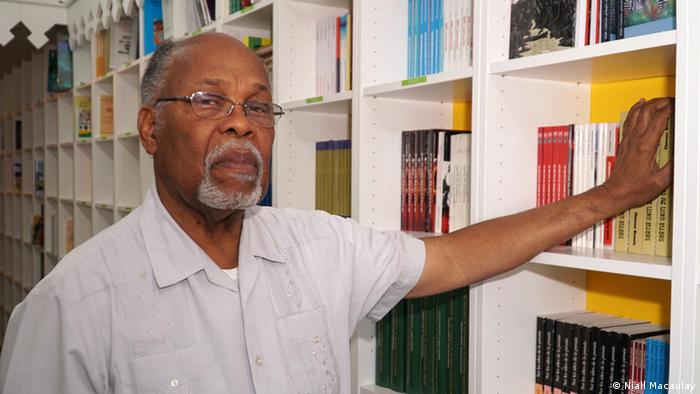 Jan Mapou's bookstore is a hub of the community, and he has no plans to sell

Libreri Mapou is a renowned bookstore that has been a cultural gathering spot in Little Haiti for decades. Its owner, 76-year-old Jan Mapou, sought political asylum in the US in 1969. Now he's among the area's property owners who have been pressured to sell.

"It is a panic," Mapou told DW. "Can we fight? Can we win? We will try." He says Haitian-Creole speaking realtors come and try to strike a deal with him several times each week.

"They won't be able to buy me out," he insists. "I want to be included in everything they are doing here to keep the culture, to keep our history in Little Haiti alive. This place will stay as long as I can put food on my table."

In the wake of the latest tsunami to hit the Indonesian coast, research shows how even slight sea-level rises linked to climate change could significantly increase the devastating effects of tidal waves. (03.10.2018)

Bangladesh is one of the countries most vulnerable to climate change. Extreme weather events there have already been wreaking havoc on the people there. They're also causing a shift in migration and poverty patterns. (14.12.2018)

A small island in Chesapeake Bay is drowning due to erosion and rising sea levels, but most of its residents don't believe in climate change. Instead, they hope US President Donald Trump will build a wall to save them. (27.11.2018)

The island disappearing beneath inhabitants' feet