Climate change is making India's weather more unpredictable. This can be devastating for farmers and their crops. But now researchers in Germany are lending a hand with more accurate forecasts.

In India, climate change is making monsoons more erratic. This is bad news for the country's more than 100 million farmers, who will need extra help with figuring out what to plant and when to harvest to avoid floodwaters.

For Ravi Patidar, a farmer from the central Indian village of Janakpur, the local weather forecasts were not accurate enough. So he went online and found Elena Surovyatkina at the Potsdam Institute for Climate Impact Research in Germany.

By analyzing temperature curves at just two points on the subcontinent, the Russian researcher has been able to predict the onset of the monsoons in central India 40 days ahead of time with very little margin of error.

But her message doesn't get the reach it could, and many farmers are still left to deal with Mother Nature alone. Now, a number of agencies are working together to spread the word and help farmers be better prepared. 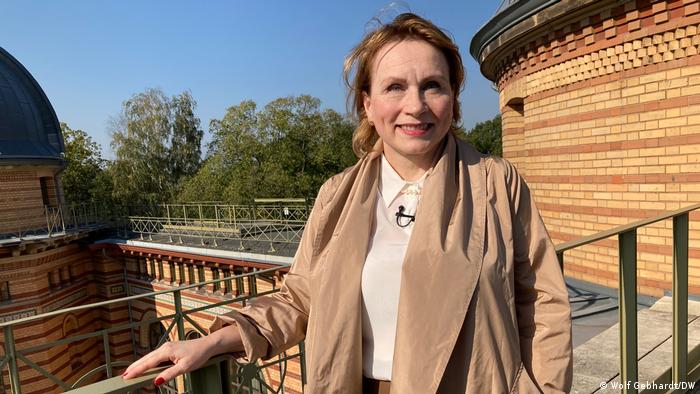 Project goal: To predict the start and end of the southwest monsoon 40 or even 70 days ahead of time.

Project partners: The monsoon forecast project is part of an EPICC project, which supports risk prediction and mitigation measures in Ethiopia, Brazil, India, Peru and Tanzania. Elena Surovyatkina is working with various Indian partners like the India Meteorological Department, Indian Institute of Tropical Meteorology, National Center for Medium Range Weather Forecasting and the Professor Jayashankar Telangana State Agricultural University. She also employs the platform from the Space Research Institute of the Russian Academy of Science.

Project budget: The project is part of the International Climate Initiative (IKI) and has received around €4.8 million from the German Federal Ministry for the Environment and the Nature Conservation and Nuclear Safety (BMU). Surovyatkina's work at the Potsdam Institute for Climate Impact Research (PIK) has received financing for 42 months.

A film by Wolf Gebhardt and Hardik Contractor

Indian farmers vow to turn up the heat on Modi's government

Tens of thousands of farmers continue to take to the streets in protest against new farm laws and vow to campaign against Prime Minister Modi's party in key state elections.