Dams and rivers are "overflowing" in western India, authorities said, with the nation's military deployed to help evacuate the survivors. 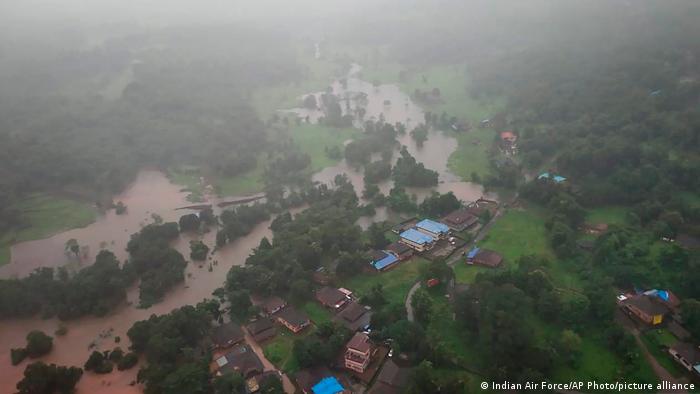 At least 36 people have died in landslides and flooding caused by heavy monsoon downpours in western India.

The sudden rainfall prompted the overnight rescue of more than 1,000 people trapped by floodwaters and many stranded on rooftops and buses. Parts of the country received up to 594 mm (23 inches) of rainfall over 24 hours. Three landslides were reported in Raigad district in the western state of Maharashtra, home to India's financial capital Mumbai.

"We are forced to release water from dams, and, accordingly, we are moving people residing near the river banks to safer places."

He added that India's navy and army were helping the evacuation process in coastal areas.

The navy has deployed seven rescue teams equipped with rubber boats, life jackets, and lifebuoys to the affected areas. Specialist Navy divers were set accompany each team and helicopters have also been deployed to airlift the affected residents. 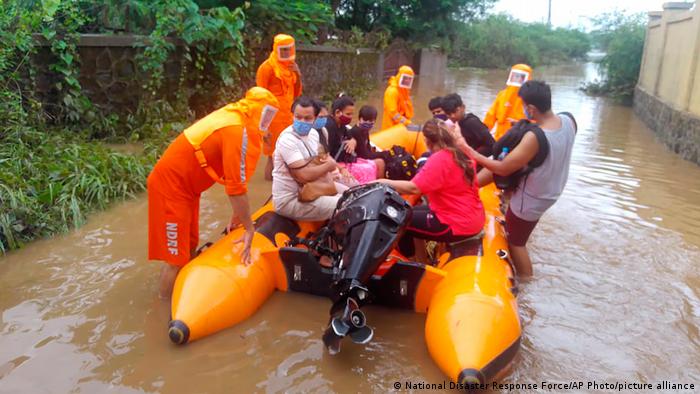 Rescue teams have been deployed to help affected areas

The country's meteorological department has issued red alerts for several regions in the state with heavy rainfall forecasts for the next few days.

Hyderabad, one of India's information technology hubs, received the most rainfall for July in the past decade with 30 centimeters (11.8 inches).

Flooding and landslides are common between June and September during the country's deadly monsoon season. This often results in the collapse of poorly constructed buildings and structures.

According to a report from the Potsdam Institute for Climate Impact Research (PIK) published in April, climate change is making India's monsoons stronger.

Hydropower at the expense of India's environment

The report warned of potentially serious consequences for food, farming, and the economy.

"Since Indian society is overall affected by the monsoon in a very strong way, stronger variability produces problems for agriculture, but also for the organization of public life,” Anders Levermann from PIK and Columbia University said.

In 2020, five of the most extreme weather events in the world were related to Asia's unusually rainy monsoon, according to a tally by the charity Christian Aid.

Bringing communities together with radio in India