Government officials called the approaching Cyclone Nivar a "very severe cyclonic storm" which will bring high winds and flooding that will destroy homes. The region was already hit by a super cyclone earlier this year. 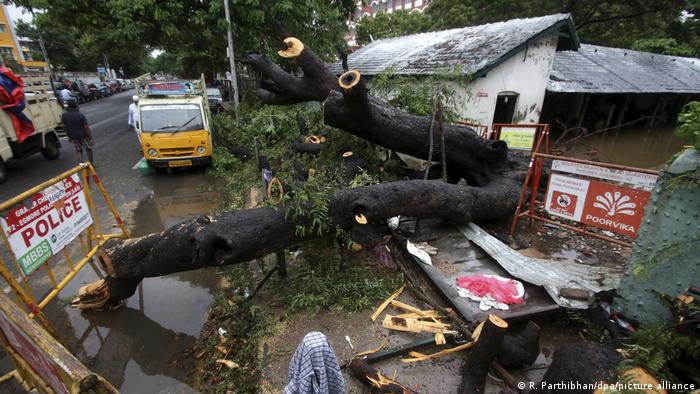 Indian authorities evacuated tens of thousands of residents from low-lying areas of southeastern India on Wednesday as Cyclone Nivar approached the shore.

The Indian Meteorological Department (IMD) said Nivar was likely to make landfall between "midnight of [the] 25th and [the] early hours of 26th November." The storm was packing winds between 120 to 130 kilometers per hour (75 to 81 miles per hour).

The IMD said in a statement that the cyclone would likely damage homes and roads as well as bring down power lines and trees.

Flights and trains across southeast India have already been canceled in preparation for the storm. 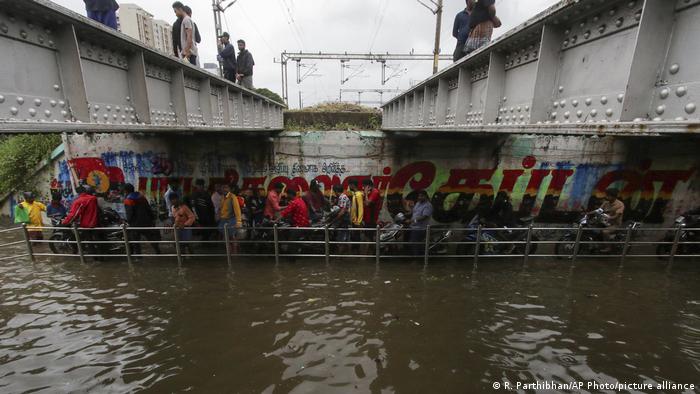 "We will have an estimated 175,000 people in relief shelters by Wednesday night. Many of them were taken there by local agencies, while others fled their homes after hearing about the cyclone warnings," Tamil Nadu state disaster management commissioner D. Jagannathan told Germany's Deutsche Presse -Agentur news agency.

Lieutenant Governor of the territory of Puducherry Kiran Bedi told people in the area to "stay indoors and move to safer places to brace the impending cyclone."

About 2,000 people have been evacuated in Puducherry.

Official Alby John tweeted "residents are shifted from low lying areas close to Adyar river. They are shifted to the neighboring relief camps as an advance precaution."

Local officials in the city of Chennai released water from a major reservoir and cleared fallen trees in preparation for the storm.

India has been hit by devastating cyclones in the past. Government organizations fear similar destruction may occur from what they have called a "very severe cyclonic storm." The storm is expected to bring high winds, rains and flooding to the region

In 1999, a super cyclone hit the state of Odisha, killing 10,000 people and leaving 15 million homeless. That storm had wind speeds of up to 260 kilometers per hour.

Super Cyclone Amphan struck eastern India in May this year, bringing intense winds up to 240 kilometers per hour.

In Chennai, authorities were monitoring the level of reservoirs and lakes to avoid a repeat of the disastrous flooding in 2015 that killed more than 400 people.

Coastal protection measures in the Sundarbans