May 3 is World Press Freedom Day. Well-known Ukrainian journalist Mustafa Nayem talks with DW about the difficult working conditions for the press in his country. 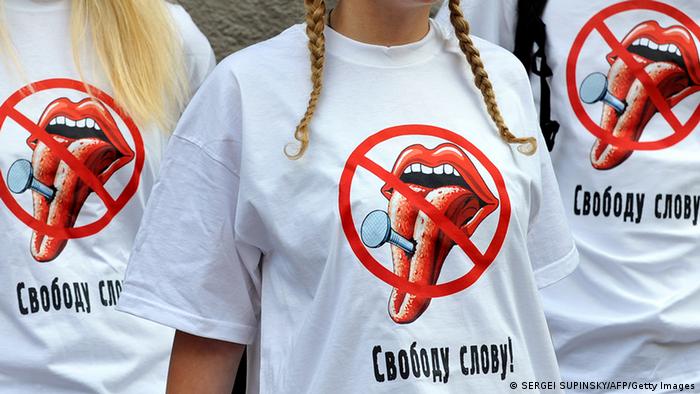 DW: How would you describe the current working conditions for journalists in Ukraine?

Mustafa Nayem: There are two different realities in Ukraine: in one of them, journalists exercise their right to write about and critically discuss pressing issues. That's the Internet reality - people can write and speak openly there. But unfortunately, that medium reaches few peope. Many people, especially older people - who play a decisive role in elections, do not use the Internet as a source of information. They experience a different reality: that of television and the major media, in which journalists do not have the possibility of illuminating all sorts of topics and do not have the liberty they would like. State powers take advantage of that. Those who are loyal to state authorities or who are part of that system control the television media, which have a major impact on people.

Who finances the media in Ukraine? Are there monopolies?

There are a lot of different media in Ukraine where one can't really be sure who ultimately owns them. So it's quite difficult to say where these media get their money. Many of the media companies are financed by off-shore businesses or by people we have never seen. The Ukrainian market is more or less divided up among three groups: there's the television broadcaster "Inter," which belongs to billionaire Dmytro Firtash, who is also a sponsor of the governing Party of Regions. Then there's Victor Pintchuk's group "StarLightMedia." Pintchuk is one of the wealthiest business oligarchs in the country. Finally, there's the television station "1+1," which belongs to business oligarch Igor Kolomoisky, who is likewise affiliated with the Party of Regions. These three groups reach most viewers and have the greatest range. One cannot call it a monopoly, because we are talking about three different people here. But we do know that they gained access to broadcasting frequencies in a very non-transparent process, while other media did not get any access. 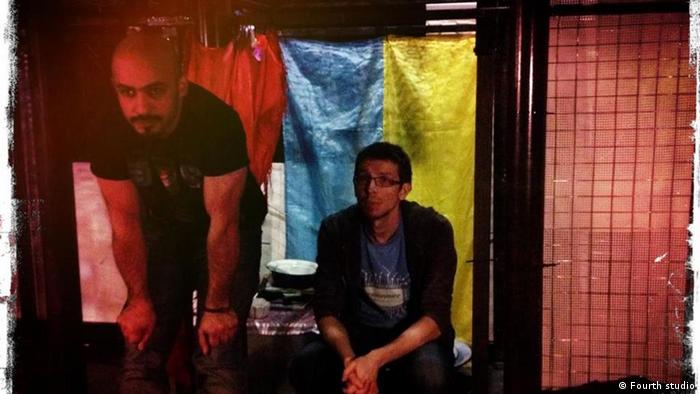 Can Ukrainian journalists report on police, military or other state authorities who breach the law - without risk?

Yes, we can discuss that, and we do. There are some journalists who have become specialists on the subject, and they encounter problems. For instance, a journalist of the citizen association called "Street Control" was beaten up by strangers. He had written on the organization's Web site about how traffic police had themselves infringed on the law. There are recurring cases of these kinds of threats and even violence against journalists. Critical journalists likewise have to reckon with the possibility of losing their jobs. One must also point out that when we journalists do report on breaches of the law by authorities, then there are rarely consequences for the police or others.

Can you name a current example of an "inconvenient" Ukrainian journalist who has faced repression due to his or her work?

I would say that there a great deal of journalists who have had to give up their work in the past two years. For instance, Serhiy Andrushko, who was a correspondent for a news program of TV broadcaster "STB" until 2012. He reported critically about many of the problems in the country. But after many of his reports simply weren't aired, he quit his job. Then there's television journalist Natalia Sokolenko, who also quit working for "STB" because there was a limit to the compromises she was willing to make over controversial reports. These are journalists who had formerly received awards for their work in the country. But they quit because they were deemed unprofessional and were no longer given work.

Just how much is freedom of expression a legally protected right in Ukraine?

Freedom of speech is laid down as one of the first amendments in the Ukrainian constitution. Strictly speaking, the constitution stands above all the other laws in the country. But when you take a look at what's happening in Ukraine today and see how people actually treat this right, then you see that freedom of speech is much different than the way it's established in the Constitution. Those are two different realities.

Are there rights for protecting the identities of sources and informants in Ukraine?

Yes, the "Information Act" regulates that. And we take advantage of this right as well. Only a corresponding court order could force us to divulge the names of our sources. To my knowledge, there has been no legal precedent of someone being forced to expose their sources. But State authorities do abuse current data privacy laws - it's often the case that they refuse to give us information which is supposed to be accessible to the public. And the most absurd situations can occur: there was the case, for instance, of a document that contained the personal signature of the President. But issuance of the document was refused precisely with the argument that that personal signature was on it.

Are there laws that make it a punishable offense to research or publish certain topics? Which topics are they and what is the punishment?

I'm not aware of such a law. State secrets are the only matters which are not permitted to be made public.

Mustafa Nayem is a Ukrainian blogger and journalist. He works as an investigative reporter for the well-known Ukrainian Internet newspaper "Ukrainska Pravda," founded by journalist Georgiy Gongadze, who was kidnapped and murdered in the year 2000. In his blog, Nayyem discusses developments in domestic affairs and policy in Ukraine with his readers. He also hosts a political talk show on TV channel "TVi." He specifically focuses on corruption, censorship and xenophobia in his work.

Turkish paper to sue for access to German neo-Nazi trial

There is no end in sight to a controversy over the method of media accreditation for the trial of neo-Nazis accused of a series of murders in Germany. A Turkish paper plans to take its complaint to Germany's top court. (04.04.2013)