Madame Tussauds London museums have separated two figures of Angelina Jolie and Brad Pitt following news of their imminent divorce. Pitt has released a statement saying he is "very saddened" by the divorce filing. 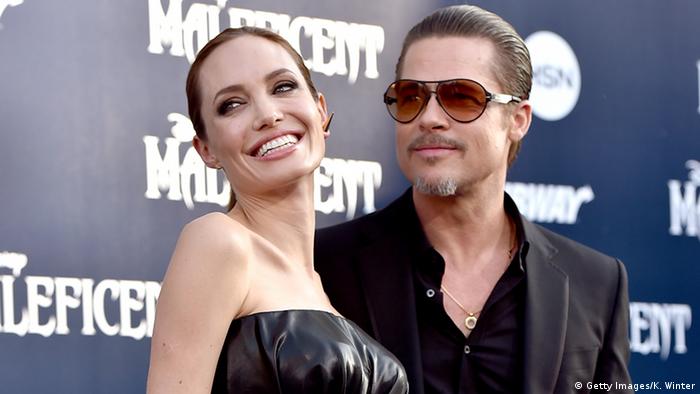 The surprising news of Angelina Jolie and Brad Pitt's pending divorce prompted a spate of reactions from celebrities and museums containing the likenesses of celebrities on Wednesday.

Jolie filed for divorce from Pitt on Monday, citing irreconcilable differences. She is also seeking physical custody of their six children with visitation rights for Pitt. Later on Tuesday, Pitt released a statement on the situation. "I am very saddened by this but what matters most now is the well-being of our kids," Pitt said in a statement to People magazine.

Referring to the couple's children, Pitt said: "I kindly ask the press to give them the space they deserve during this challenging time."

Even celebrities closest to the couple were shocked to hear the news. George Clooney first learned of the split when a CNN reporter asked him to comment on the divorce while the Hollywood actor was at the United Nations General Assembly.

Clooney, a close friend of Pitt, was surprised by the news. "It's an unfortunate story about a family. I feel very sorry to hear that. That's the first I've heard of it," he told CNN.

British singer Adele was also saddened by the divorce announcement, bringing up Jolie and Pitt's split at her concert in New York City on Tuesday evening. She dedicated her performance to the couple, saying "it feels like the end of an era."

Hollywood star Angelina Jolie Pitt is to join the London School of Economics (LSE) for a new masters program. The Women, Peace and Security course is the first of its kind globally. (24.05.2016)

American film actress Angelina Jolie says she's had her ovaries and fallopian tubes removed. The 39-year-old movie star says it was a precaution due to heightened risk of cancer. (24.03.2015)