US actress Angelina Jolie has filed for dissolution of marriage from her husband Brad Pitt, Jolie's attorney has confirmed. According to TMZ, the 41-year-old Hollywood star is seeking custody of their six children. 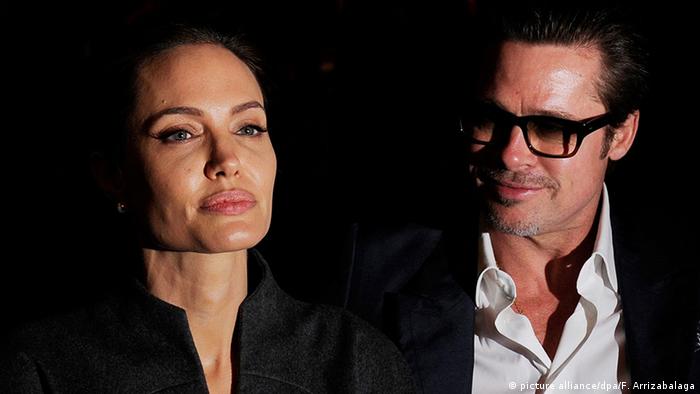 Angelina Jolie and Brad Pitt, Hollywood's superstar couple more commonly known as "Brangelina," are divorcing. Jolie's attorney, Robert Offer, said "the decision was made for the health of the family. She will not be commenting, and asks that the family be given its privacy at this time."

Citing a legal filing, TMZ said Jolie was "extremely upset" by Pitt's parenting. Jolie listed their separation date as September 15, as per TMZ and cited "irreconcilable differences" in divorce papers filed in Los Angeles Superior Court on Monday. She is seeking physical custody of her and Pitt's children with visitation rights for Pitt, but did not seek spousal support.

Pitt released a statement to People Magazine on Tuesday. "I am very saddened by this but what matters most now is the well-being of our kids," said Pitt.
The couple were together for 12 years, but did not marry until August 2014. Jolie and Pitt have six children together: Maddox, Pax, Zahara, Shiloh, and twins Knox and Vivienne.

The two started dating after working together on "Mr. and Mrs. Smith" in 2004, a secret agent movie where both sides of the couple are unaware of each other's careers. They stayed in the spotlight together ever since, not getting married until 2014 in France.

Outside of the spotlight, Jolie has worked as a goodwill ambassador for the United Nations and an advocate for breast cancer, undergoing a double mastectomy in 2013.

Hollywood star Angelina Jolie Pitt is to join the London School of Economics (LSE) for a new masters program. The Women, Peace and Security course is the first of its kind globally. (24.05.2016)

UN special envoy for refugees Angelina Jolie has warned of a "race to the bottom" among countries competing to be tougher on migration than their neighbors. In particular, the actress criticized the US for its policies. (16.05.2016)

Censors have changed the ending of "Minions: The Rise of Gru" for audiences in mainland China. It's just the latest Hollywood film or TV series to be changed to make it more palatable for authorities.