With a clear majority vote, the United Nations General Assembly has approved a resolution to make access to water a basic human right. 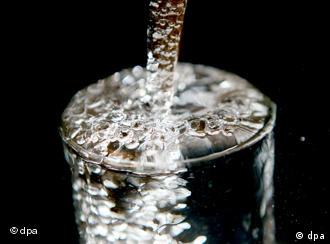 Water is more essential for human survival than food

Access to clean drinking water is now an official basic human right - just like the right to food and the right to live without torture and racial discrimination. The resolution was approved late yesterday by the United Nations General Assembly without opposition.

Although the decision does not make the right to water legally enforceable, it is symbolically important and places more political obligation on national governments. The resolution highlights how urgent the issue of water shortage is for a growing portion of the world's population.

"Diarrhea is the second most important cause of the death of children below the age of five," said Pablo Solon, Bolivia's ambassador to the United Nations. "The lack of access to drinking water kills more children than AIDS, malaria and measles combined." 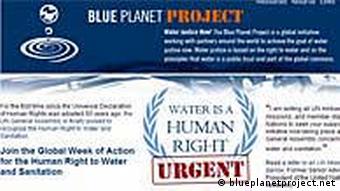 Water shortage and desertification on the rise

Water shortages and the desertification of agricultural regions used to be almost exclusively Africa and Asia's problem - but now Europe is facing this problem too. In southern Spain, the desert expands by one kilometer northwards each year.

Meanwhile, water shortages are the cause of an increasing amount of domestic and international conflicts all around the world, such as between Israel and Palestine and in India and Pakistan. The problem is made even worse by privatization of water supplies driven by large food companies, which usually leads to higher water costs for consumers.

According to Maude Barlow, founder of the Canadian-based Blue Planet Project, people could not have predicted all these problems when the Universal Declaration of Human Rights was adopted by the UN in 1948. But she also believes that the increasing shortage of clean water is the worst human rights violation that exists. Her Blue Planet Project advocates the protection and the fair sharing of global water resources, and two years ago it initiated a campaign for a UN resolution on the right to water.

Supported by 33 countries, it was Bolivia that finally presented the UN General Assembly with a specific proposal for the resolution. This week, 122 of the 163 UN member states present voted for its approval. The remaining 41 countries - almost exclusively from the industrialized north - abstained from the vote.

In particular the United States, Canada and Great Britain attempted to prevent the vote for the resolution. However, the position of the world's wealthy northern countries was not as one-sided as it has been on similar topics in the past. Germany voted in favor of the resolution, and its representative Peter Wittig has distanced himself from the negative stance of the United States and other countries.

"Germany is committed to the realization of the millennium development goals, including that of reducing by half by 2015 the proportion of people without sustainable access to safe drinking water and sanitation," Wittig said.

"We consider access to safe drinking water and sanitation as a component of the right to an adequate standard of living, recognized in Article 11 of the Covenant on Economic, Social and Cultural Rights."

Water is a precious and scarce commodity in the Middle East. Some fear that it could even trigger wars. In Jordan, German aid workers are pushing for an efficient use of what's increasingly called "blue gold." (18.05.2010)