Washington to Big Tech: You're on notice

A rare thing is happening in the US capital. Progressives, conservatives and the Trump administration are probing the internet giants. Two companies are particularly in the crosshairs of lawmakers and regulators. 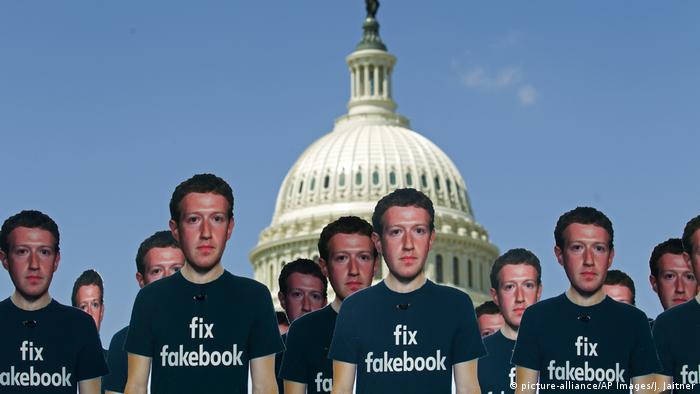 It does not happen everyday that Greg Walden, a longtime Republican Congressman from Oregon and Elizabeth Warren, the Democratic Senator and progressive presidential candidate, agree on a key political issue.

But Walden, who was a key player in the GOP's failed effort to repeal and replace President Obama's signature health care law that made health care available for millions of Americans, and Elizabeth Warren, who campaigns for an even more expansive health insurance reform called Medicare for All, agree that it is time to regulate the US-based internet giants.

Already last year when Facebook's founder and chief executive, Mark Zuckerberg, testified before Congress, Walden offered a pointed — and it turns out — prophetic inquiry. "At what point is a platform like that a common carrier in the information age?," he asked, referring to the US government's definition of a utility which, applied to Facebook, would enable the Federal Communications Commission to regulate the company. What gives Walden's willingness to consider regulating Facebook even more weight is the fact that Facebook operates a data center in his electoral district.

Warren, meanwhile, made breaking up Google, Facebook and Amazon a key plank of her election campaign. After the rollout of a policy proposal on how Warren plans to unwind Big Tech, last month saw the erecting of a billboard in the heart of Silicon Valley that calls for the breakup of the major internet companies. 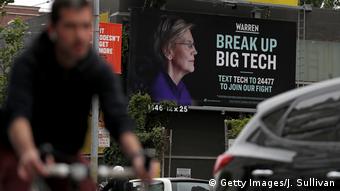 From darling to target

With their pronounced views on regulating Big Tech, Walden and Warren may earlier have been outliers in their respective parties, but over the past year the notion that Google, Facebook, Amazon and others have accrued too much power and should be regulated has rapidly evolved from fringe to mainstream.

"These corporations were really the darlings of American commerce, and it's hard to believe, as someone who has been working on these issues for three or four years, how quickly that has changed, not just among progressives, but also among conservatives here in the US," said Sarah Miller, deputy director of the Open Markets Institute, an anti-monopoly think tank in Washington. "So if I were sitting in Silicon Valley I would start to get a little bit worried right now."

That's because a barrage of inquiries about the power and conduct of Google, Facebook and co. is coming from all sides. The House Judiciary Committee just announced a broad, bipartisan antitrust probe into the Big Tech companies. Meanwhile the Justice Department and the Federal Trade Commission (FTC) reportedly divided up oversight of the four major internet players Google, Facebook, Amazon, and Apple and are exploring antitrust investigations. Several US states have also expressed concerns about the power of Big Tech firms and could launch their own investigations.

Washington catching up with rest of the world

That Washington, after years of looking away, is now prepared to take a hard look at the de facto monopolistic power that the Big Tech companies have acquired in recent years (according to many scholars) is welcome — and long overdue, said Spencer Weber Waller, director of the Institute for Consumer Antitrust Studies at Loyola University in Chicago.

"I think it's terrific. The rest of the world gets it," he said, noting that the EU and major European countries like Germany have been focused on the power of these companies for some time. "And I am pleased that the United States is spending more attention and resources to look at it."

That the growing debate over the power of the internet giants coincides with the US presidential election campaign only raises public awareness of the issue that features as a key component of the platforms of not just Warren, but many of the more than a dozen Democratic candidates. President Donald Trump has also repeatedly talked about potentially breaking up the Big Tech companies. 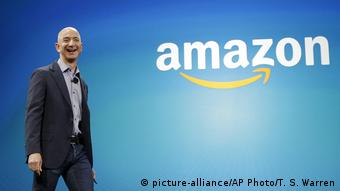 Amazon is also in the political crosshairs

That the issue of monopoly power of US companies, not just in the internet sector, but also in the pharmaceutical industry, could evolve into a significant 2020 campaign topic is historic, said Weber Waller. "I can only think of one presidential election that in the US really turned on what people's view on antitrust were and that goes all the way back to 1912."

That election was noteworthy because of its focus on the abuse of power by business interests and economic inequality, but also because it featured four candidates — a Republican, a Democrat, a Socialist and a former president, Theodore Roosevelt, who ran for the Progressive Party.

It's too early to tell whether corporate power will shape the upcoming election like it did it more than a century ago. But it is already a huge leap that it is now mainstream to advocate for the breakup of the Big Tech companies, a position long held by the Open Markets Institute.

"These companies in our view are some of the world's most dangerous monopolies," said Open Markets' Miller. That's because Google and Facebook have de facto "control over the way people communicate and receive news all over the world."

As a consequence and a first step, she added, "we have called on the Federal Trade Commission to break up Facebook and to reverse some of the acquisitions that were approved erroneously, Instagram and WhatsApp in particular."

But Amazon, she noted, should also be broken because of its monopolistic market power. "Amazon is seeking to become the railroad of 21st century commerce where anyone who wants to participate in the economy in a meaningful way has to ride the rails of Amazon to get to their customers."

To be sure, a breakup of Facebook or Amazon is not imminent and would be something like a revolution in light of the US government's past comparatively deferential behavior toward major corporations. But since the 2016 presidential election we also know that even highly unexpected things can happen.