Washington fuelling graft in Afghanistan | World| Breaking news and perspectives from around the globe | DW | 30.04.2013

Washington has long maligned Kabul for being weak on corruption. But the Central Intelligence Agency has reportedly been buying access to President Hamid Karzai's inner circle for a decade. 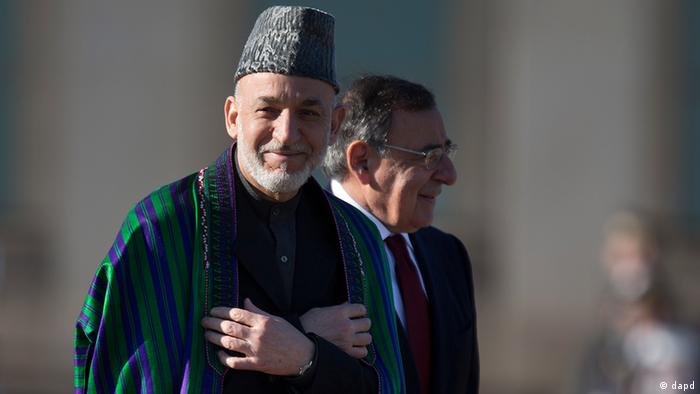 The United States and its NATO allies have complained for years about rampant corruption in Afghanistan, voicing frustration with President Karzai's inability - or perhaps unwillingness - to fight graft and improve the rule of law.

But according to a report published by the New York Times on Monday, Washington may be one of the biggest contributors to that very corruption. The Central Intelligence Agency has reportedly been dropping off suitcases stuffed full of American dollars at the office of the Afghan president for years, in an effort to buy influence in Kabul.

The British Guardian reported on Tuesday that the United Kingdom's MI6 also may have made cash payments to Karzai's office, in an effort to promote meetings between the Taliban and the Karzai government.

The alleged CIA bribes have supposedly amounted to tens of millions of dollars over the past decade. Much of the money was reportedly distributed to warlords and politicians, in an effort to buy their loyalty.

US 'biggest source of corruption'

There were similar reports in 2010 that Iran had sought to gain influence among Karzai's closest advisors through cash payments. At the time, then White House Press Secretary Robert Gibbs denied that the US was involved in similar practices.

The Islamic Republic reportedly stopped the payments after the US and Afghanistan signed a strategic partnership agreement in 2012. But the CIA allegedly continued to funnel money to the Afghan president's office. 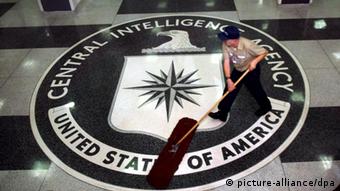 The CIA reportedly dropped off bags of cash

"The biggest source of corruption in Afghanistan was the United States," an unnamed American official was quoted as saying by the New York Times.

Karzai confirmed on Monday that his National Security Council had regularly received CIA money, saying that it was used for "operation objectives, helping wounded and sick and for house rents and other objectives."

"Yes, the office of national security has been receiving support from the United States for the past 10 years," Karzai told reporters during a trip to Helsinki, Finland on Monday. "Not a big amount - a small amount, which has been used for various purposes."

But what Karzai publicly describes as aid money - whether big or small - could very well be corruption by other standards. According to Namatullah Ibrahimi with Afghanistan Watch, a Kabul-based non-governmental organization, drawing a clear distinction between clean and dirty money in the country is a difficult task. Corruption is often a matter of perception.

Speaking with the New York Times, Karzai's former chief of staff Khalil Roman called the payments "ghost money," saying that the cash "came in secret and left in secret."

Since the US-led invasion in 2001, Washington and its allies have pumped large amounts of money into the country, often with poor coordination and little oversight, lining the pockets of some Afghans working with the international coalition.

"There was a sudden influx of huge amounts of cash in the country by different actors spent for different purposes with different tactics," Ibrahimi said. That encourages "corruption when you pump so much money into the hands of a few individuals or groups and who become very rich in a matter of a few years." 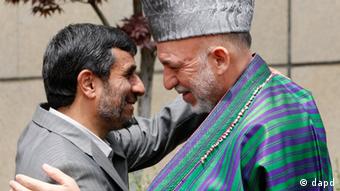 Transparency International ranks Afghanistan as one of the most corrupt nations in the world. Only North Korea and Somalia suffer from more graft, according to Transparency's 2012 corruption perceptions index. Some 61 percent of Afghans reported paying a bribe in 2010.

"The scale of corruption you've got in Afghanistan today is historically unprecedented, and it's largely a product of the way the West has thrown around large amounts of money," Stephen Biddle, an expert on the conflict in Afghanistan, told DW.

Greasing the gears of war

President Karzai has long accused Washington of fuelling graft through the haphazard way in which the war in Afghanistan has been waged since 2001. In particular, he has said that much of the corruption is a product of US defense contracts.

"Now whether this corruption in Afghanistan is an accident, a by-product of the situation in the past 10 years, or is it perpetrated also on purpose, is today my main question," Karzai said.

According to Biddle, Washington has often sacrificed the long-term goal of good governance by cutting corners in the pursuit of short-term security gains, tolerating some graft in the process if it helps get the job done. 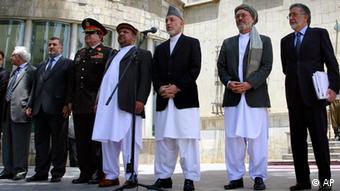 "In the short-term it can look like a great idea to accept some corruption in order to get that well dug tomorrow, or to fund a warlord who in the long term is bad government, but in the near term will put a militia on the ground and keep the Taliban out of a neighborhood you want to remain safe," said Biddle, a professor at George Washington University in Washington D.C.

While some actors in Afghanistan have made big profits off the non-transparent distribution of foreign funding, Ibrahimi cautions that the money is not the only problem.

"It's also caused by a big government which has not been in a position to control or hold people accountable here," he said. "The rule of law generally remains very poor in Afghanistan, and we are facing a hugely corrupt and dysfunctional court system in the country."

Masood Jahish from DW's Afghanistan Department contributed to this report.

As many as 80 percent of marriages in Afghanistan take place without the consent of the bride, who is often a child. Many of them see killing themselves as the only way out. (18.04.2013)

Afghans have protested against the construction of a Pakistani military gate in an area Pakistan says belongs to its territory amid deteriorating Af-Pak relations. (15.04.2013)

Afghan President Hamid Karzai has held talks with the Qatari government. Karzai was in the Gulf state reportedly to discuss the opening of a Taliban office there. (31.03.2013)