Want to be heard? Surveillance art project wants you to let NSA listen

Cologne's stone advertising columns are iconic - as iconic as Germany's loathing of government surveillance. Artist Christian Sievers is using these "Litfaßsäulen" to say: don't be scared, call this number!

The message is loud and clear: we have no fear!

"This mobile phone was used to call the personal number of William Binney, a former technical director of the US National Security Agency who quit in protest in 2001 and later became one of the first whistleblowers on illegal NSA programs," reads a bright yellow poster pasted to around 200 advertising columns in Cologne.

All clear so far. But then presents you with what it calls an "opportunity" - and implores you to dial the number!

Calling the number could get your phone number - and that of all your contacts - on a NSA surveillance list.

"But… Do you really want to live a life where you shy away from completely normal, legal things, like calling a mobile phone?" the poster asks.

Christian Sievers, the Cologne-based artist behind the hop3.de project, told DW people are tracked via a system of three "hops."

"It's a social graph, and it is just one of many programs, one which was confirmed by the NSA after the [Edward] Snowden revelations," Sievers said. "It's called meta-data tracking, and it's done over three hops." 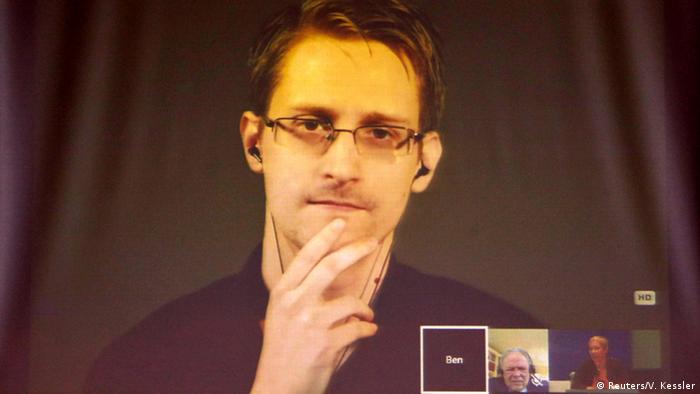 Take a high-value target, someone like Binney, explained Sievers, " all of his direct contacts are logged and are also under surveillance. That's the first hop - first degree contacts."

But it goes further than that.

"If you call this phone that I used to call Binney, then you're a second degree contact, and you're also under surveillance. And all you personal contacts - family, friends and random acquaintances, they also end up in this social graph, in this dragnet."

The idea of the "social graph" was popularized by social networking site Facebook. It promoted its own social graph as a good thing - a way of mapping and illustrating connections between users on the Internet. And you may well like it, too.

But Sievers said when government agencies use social graphs, the effect can be chilling. 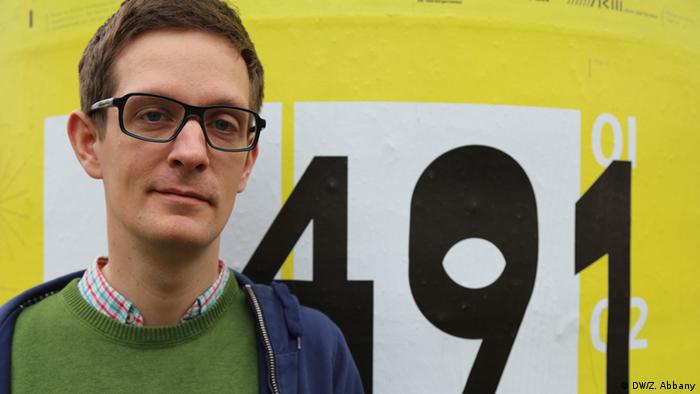 "The 'chilling effect' is a known phenomenon. Basically, it's self censorship. If you know you might be watched, you behave very differently, and you restrict yourself," Sievers said. "You stop using certain words, and you stop thinking in certain ways."

And the problem with that, he added, is it's untenable in a democracy.

"It stops cold any possibility of social reform in the future - for good."

A stroll through Cologne

If you dare to dial the number, your call will go through to a cheap, pre-paid "burner" phone in a glass cabinet in Karlsruhe.

Apparently, it keeps ringing - but Sievers says he doesn't know how many people have taken part in his project, because the phone stopped counting after 99 missed calls. 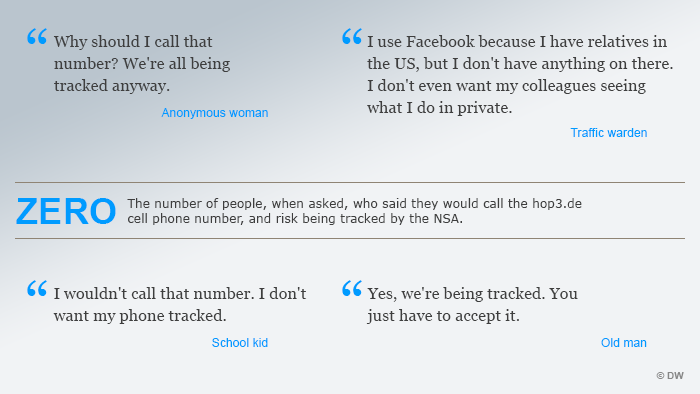 On a walk through Cologne, I tracked down a few of the advertising columns, and asked as many people as I could whether they would dial the number. I couldn't find a single person willing to do it.

Physical in a virtual world

You can see a full list of the advertising columns on this Google map. 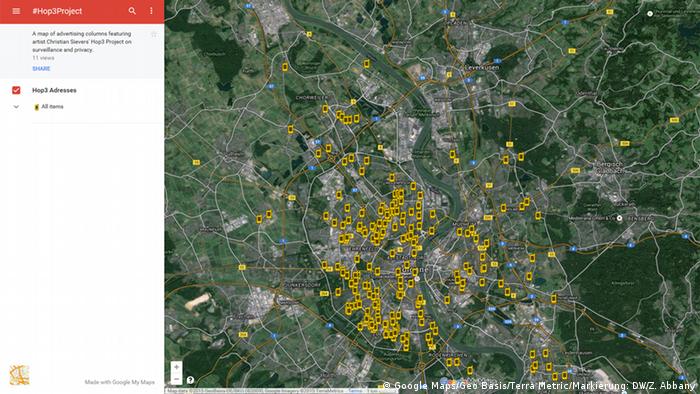 They stand - still - as icons of a bygone, analogue age - a time when people would gather around such columns to talk with one another or read about important events. That was communicating in public - a world away from our data-driven, virtual world.

"If this was done only on the Internet through social media, or whatever, it would only reach those who are already into this thing," he said. "But there's no 'filter bubble' on the street. There are literally all kinds of people seeing [the posters]."

France has demanded answers from Germany after allegations that Berlin spied on a top-ranking French official. Surveillance has been a hot-button issue for Chancellor Merkel since revelations made by Edward Snowden. (12.11.2015)

The hop3 poster in English