France has demanded answers from Germany after allegations that Berlin spied on a top-ranking French official. Surveillance has been a hot-button issue for Chancellor Merkel since revelations made by Edward Snowden. 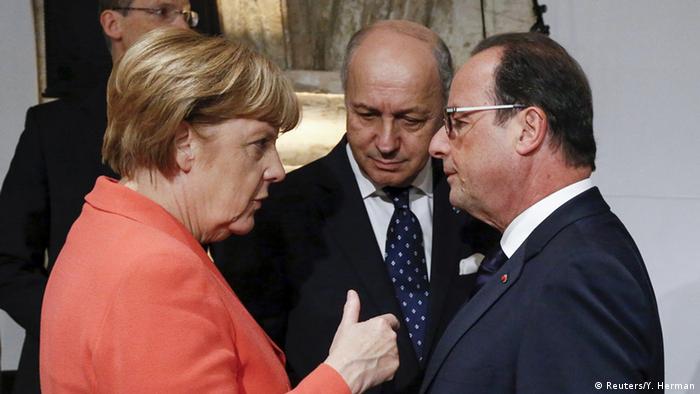 "We ask that all the information be given to us," Hollande said. "These kinds of practices should not happen between allies."

The president was speaking to reporters on the sidelines of the EU-Africa Summit in Malta. He added that he was confident such spying had stopped, but also said that he wanted to hear the details of what happened from Berlin.

"I know the chancellor will give us the exact details to explain how a minister from the French Republic came to be wiretapped," he said.

Merkel on the defensive

The allegations come at an inconvenient time for the German chancellor, who has had to face down criticism over her government's surveillance techniques at home as well as abroad.

This week, a Berlin public radio station reported that the BND, Germany's foreign intelligence service, spied on other governments - including those in Paris and Washington.

The reports are awkward for Merkel as they find her having to fend off the same accusations she leveled at the United States. In 2013, Merkel reacted angrily after information provided by the former US National Security Agency contractor Edward Snowden revealed the NSA had tapped her phone.

Now somewhat ironically, Merkel reacted to the revelations with a remark virtually identical to the one delivered by Hollande.

"Spying among friends is not acceptable," she said.

Wikileaks says its latest release of documents shows the wide reach of economic espionage conducted by the NSA in Germany. Documents released by the whistleblowers suggest an intense interest in the Greek debt crisis. (01.07.2015)