Walkers can fend off unleashed dogs, even 'friendly' ones, German court rules

A jogger who injured himself trying to fend off a dog with a stick is entitled to compensation, a German court ruled. The dog's owner unsuccessfully argued the animal was just playing and there was no need to be afraid. 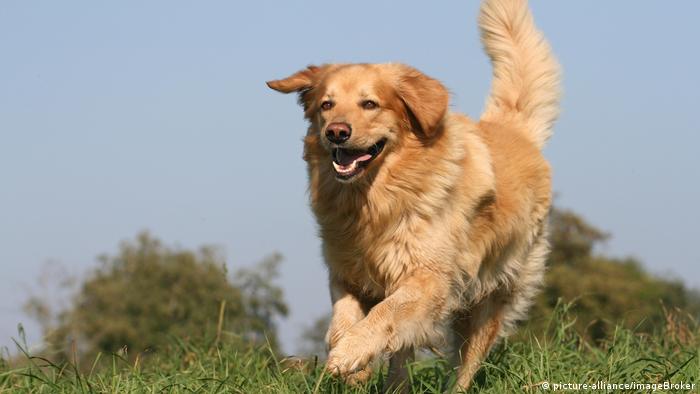 The "he just wants to play" argument doesn't absolve dog owners from liability if someone is injured while their animal is off the leash, a German court ruled Wednesday.

The higher regional court in the German city of Koblenz ruled that people are allowed to use "effective defensive measures" to fend off an unleashed dog.

Since animal behavior can be unpredictable, people who encounter dogs they don't know shouldn't be expected to determine whether that animal's behavior poses a threat, the court said in a statement. The court added that there's an even greater danger of a person misinterpreting the animal's behavior.

A walk in the woods gone wrong

The case before the Koblenz court concerned a dispute between a jogger and the owners of a dog that was walking without a leash in the woods.

The man was jogging with his own dog when they were approached by the unleashed dog. The man called out to the dog's owners, who were not in sight, and told them to call off their dog.

When the dog did not react to their calls, the jogger grabbed a branch to keep the dog at bay. He then slipped and tore a tendon in his knee and required an operation.

The jogger sued the dog's owners for damages, but the couple pushed back, arguing that they weren't liable since their dog was being friendly and just wanted to play with the jogger's dog. The jogger didn't need to defend himself against the dog, so he carries some of the blame in the incident, they argued.

The higher regional court, however, dismissed their argument and clearly ruled that dog owners are liable if another person injures themselves while trying to fend off the dog.

In their decision, the court said the couple violated a local ordinance when they let their unleashed dog walk out of their sights in the forest and were therefore unable to quickly leash their dog again.

It is common in Germany for dogs to walk around unleashed, particularly outside of cities and towns. They must, however, be supervised and near their owners.

Could you name 10 off the top of your head? DW walks you through some breeds whose origins are very much German, even if their names might suggest otherwise. They've since become famous around the world. (21.03.2018)

While some 30,000 canines are set to meet in Leipzig for the World Dog Show, the largest of its type in the world, discover 10 dog breeds that originated in Germany as well as the most iconic dogs in culture. (08.11.2017)